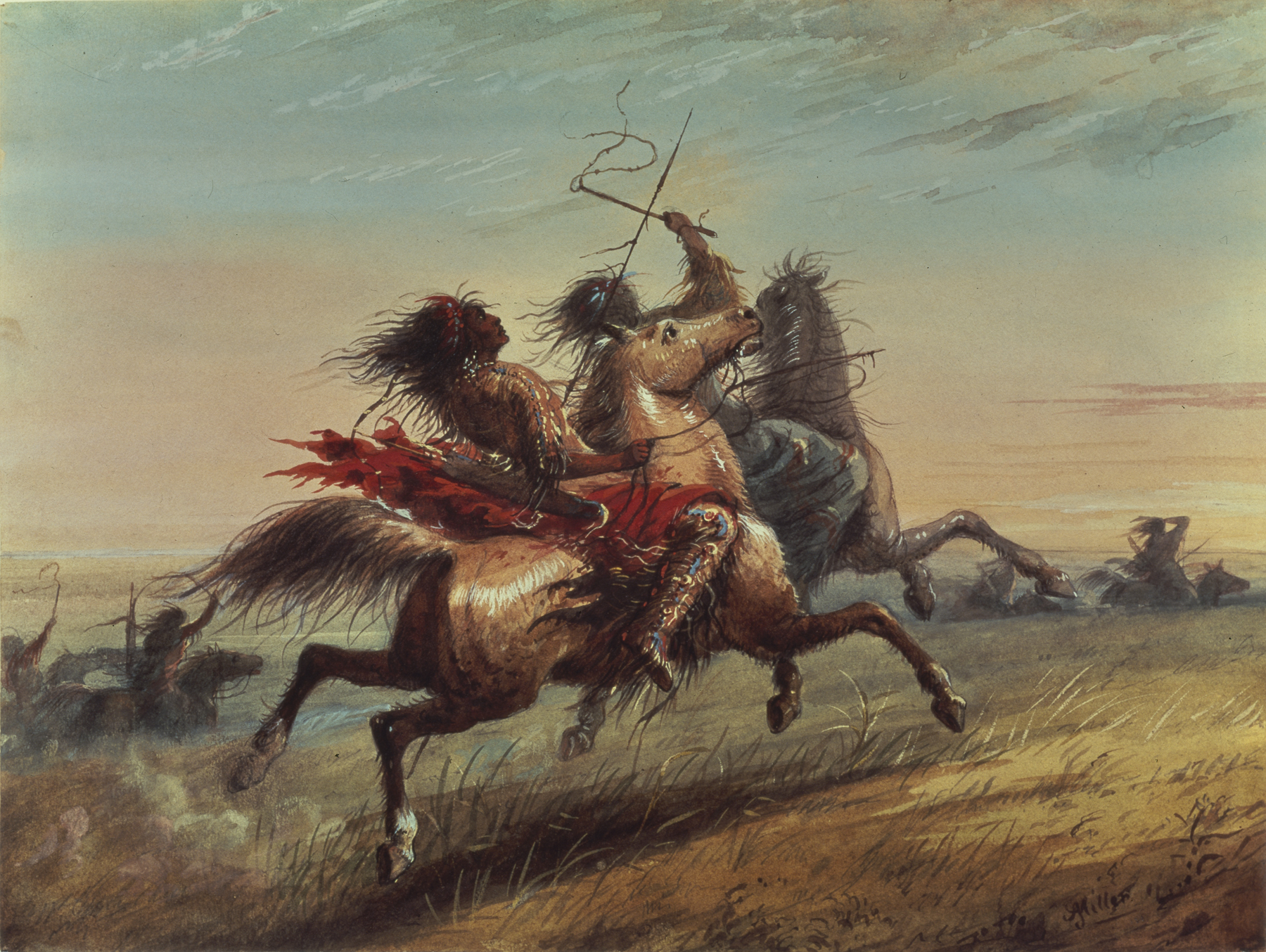 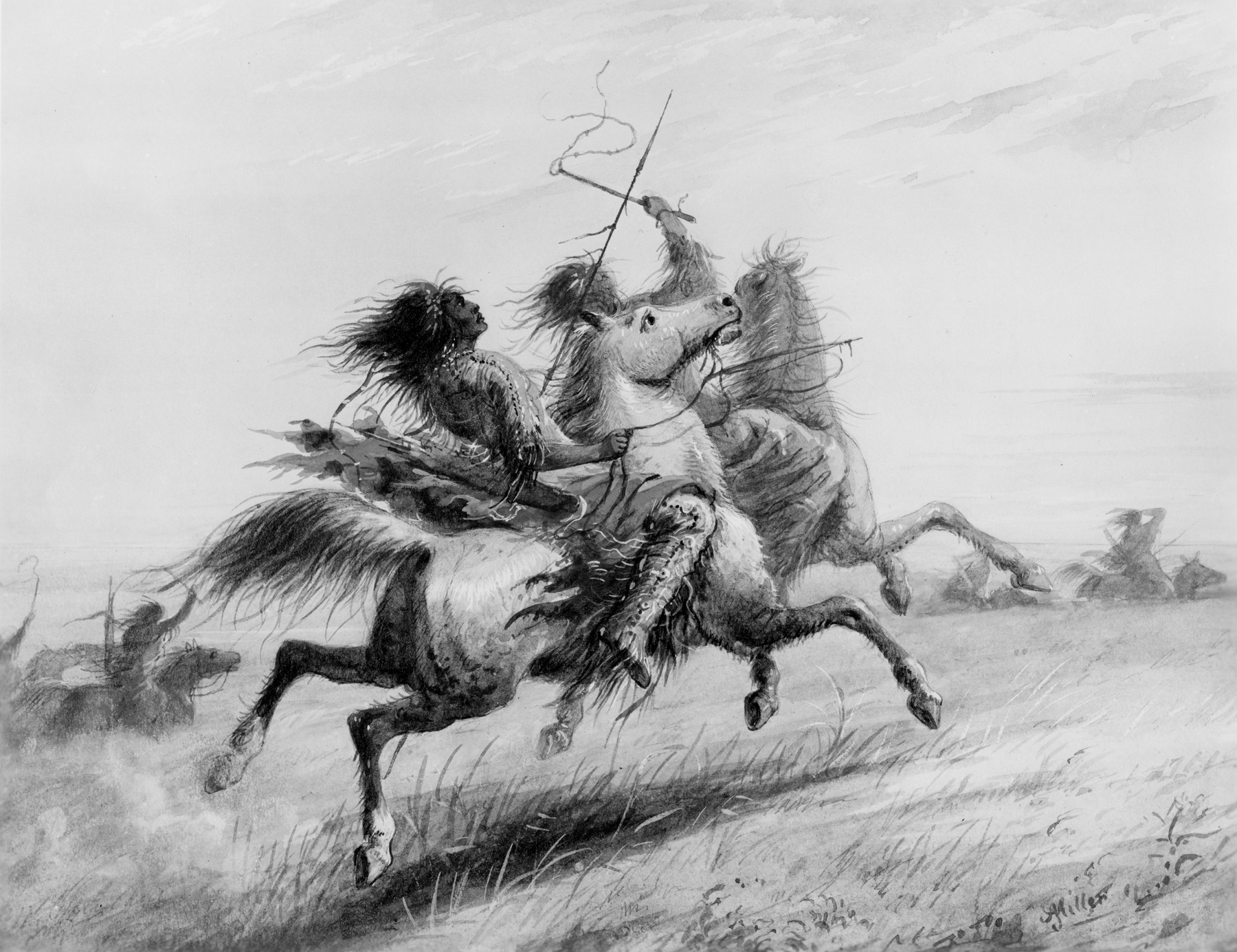 Born in Baltimore, in 1837 Miller accompanied a Capt. Stewart on an expedition to Wyoming and Utah where he drew hundreds of sketches of tribal life. He used many of the sketches for oil paintings. Miller returned to Baltimore and in 1858 commenced a commission from William Walters to produce 200 watercolors based on his early sketches. This sketch shows the Blackfeet on the war-path.

Extracts from Alfred Jacob Miller’s original text, which accompanied his images of Native Americans, shaped how Miller’s contemporaries viewed the watercolors, and reveal the racism and sexism embedded in 19th-century exploration and colonization of the western part of what is today the United States.