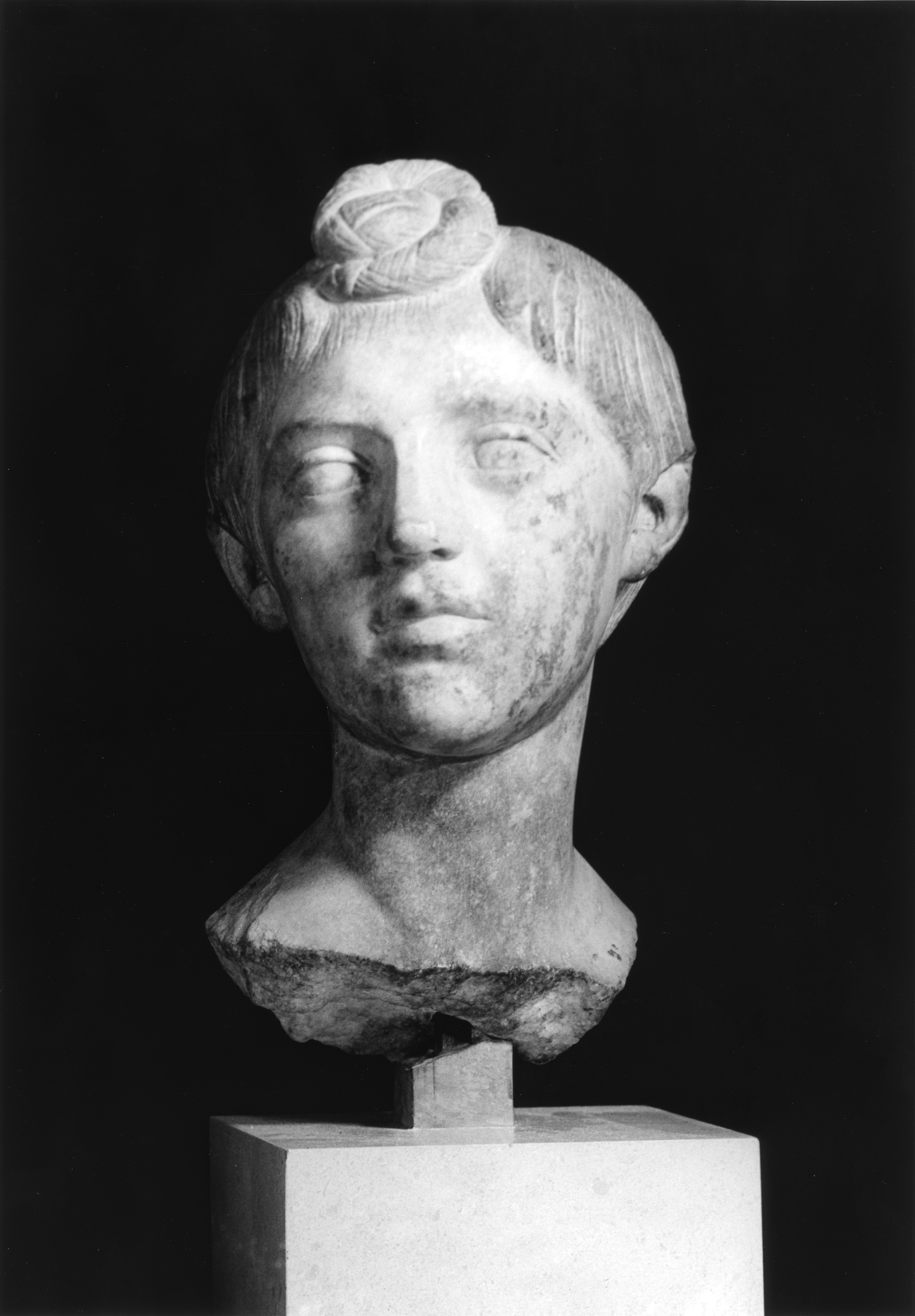 Head of a Youth

This portrait head of a youth depicts an unusual hairstyle. A majority of the hair is cropped short and brushed forward into a full fringe that resembles the portraiture of the Emperor Trajan (98-117 CE).This style is interrupted by a unique feature at the center of the hairline: a single braid that is wound into a neat chignon. Behind the right ear are the remains of a single braid that is now mostly broken off. This is likely a so-called “sidelock of youth,” a traditional feature in representations of children in Egypt that typically appears at the right temple or behind the right ear. The sidelock dates back to the Old Kingdom (2649–2134 BCE) but still appears in Egyptian art after it became part of the Roman Empire in the late 1st century BCE. The sidelock suggests that the boy was possibly consecrated to the goddess Isis, as the sidelock was associated with Isis’ son Horus. The cult of Isis had spread to Rome by the end of the 2nd century BCE and its festivals were added to the Roman civic calendar, legitimizing the religion during the 1st century CE. The boy’s eyes are shaped like semicircles, rendered flat rather than rounded and heavily lidded, likely drawing inspiration from Ptolemaic types. The nose is a modern restoration.