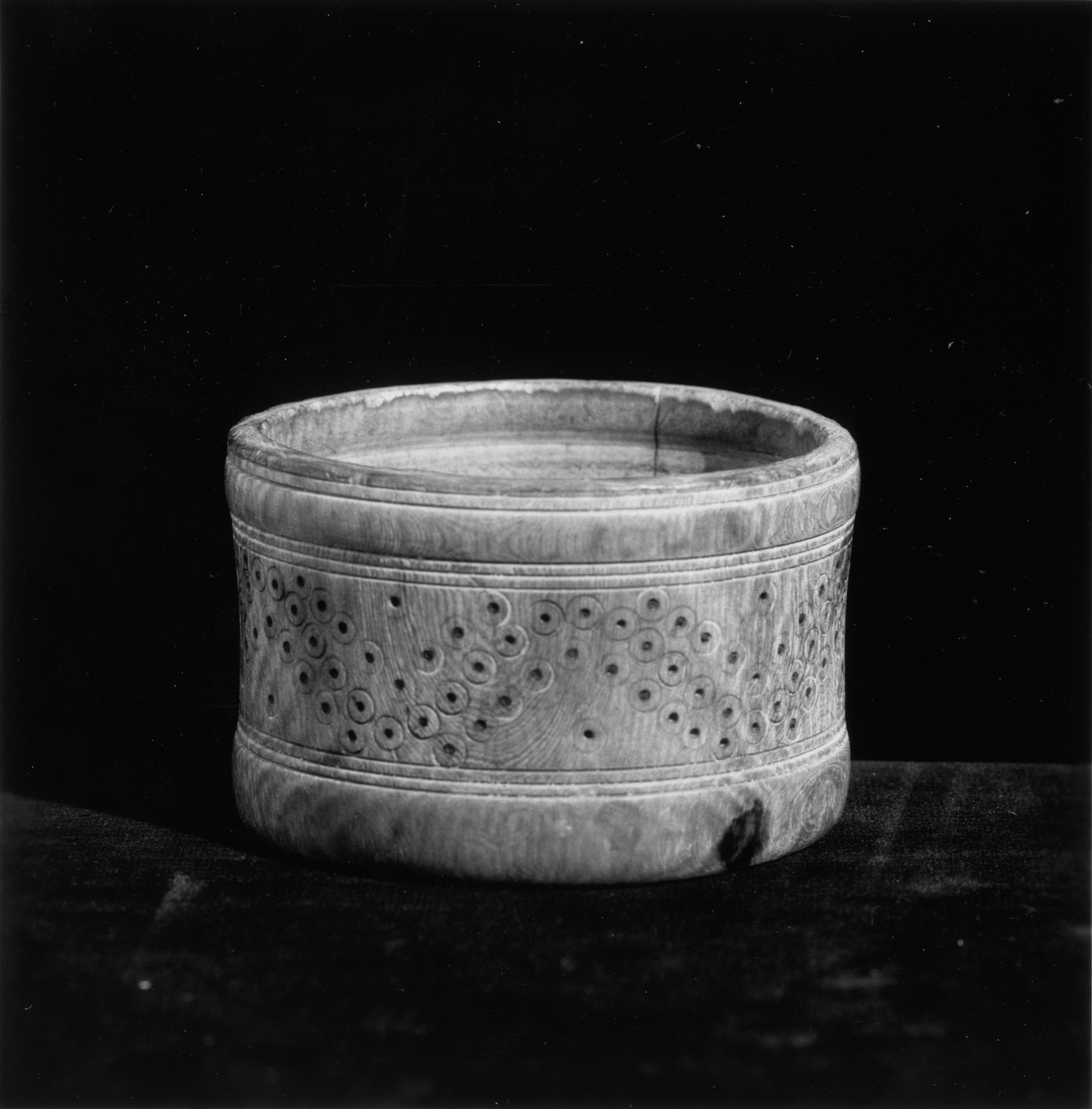 This thick cylinder of ivory is decorated on the outside. Between two raised bands incised concentric circles are arranged in a zigzag pattern.

There are no parallels for the piece in the published material from Assur. The unusual source attributed to the piece by the dealer Edgar Banks may, however, be of significance. He was a Near Eastern archaeologist as well as a dealer. The excellent selection of cuneiform documents that he acquired for Henry Walters shows that he knew the material. Ivory furniture at Assur would not be unexpected.