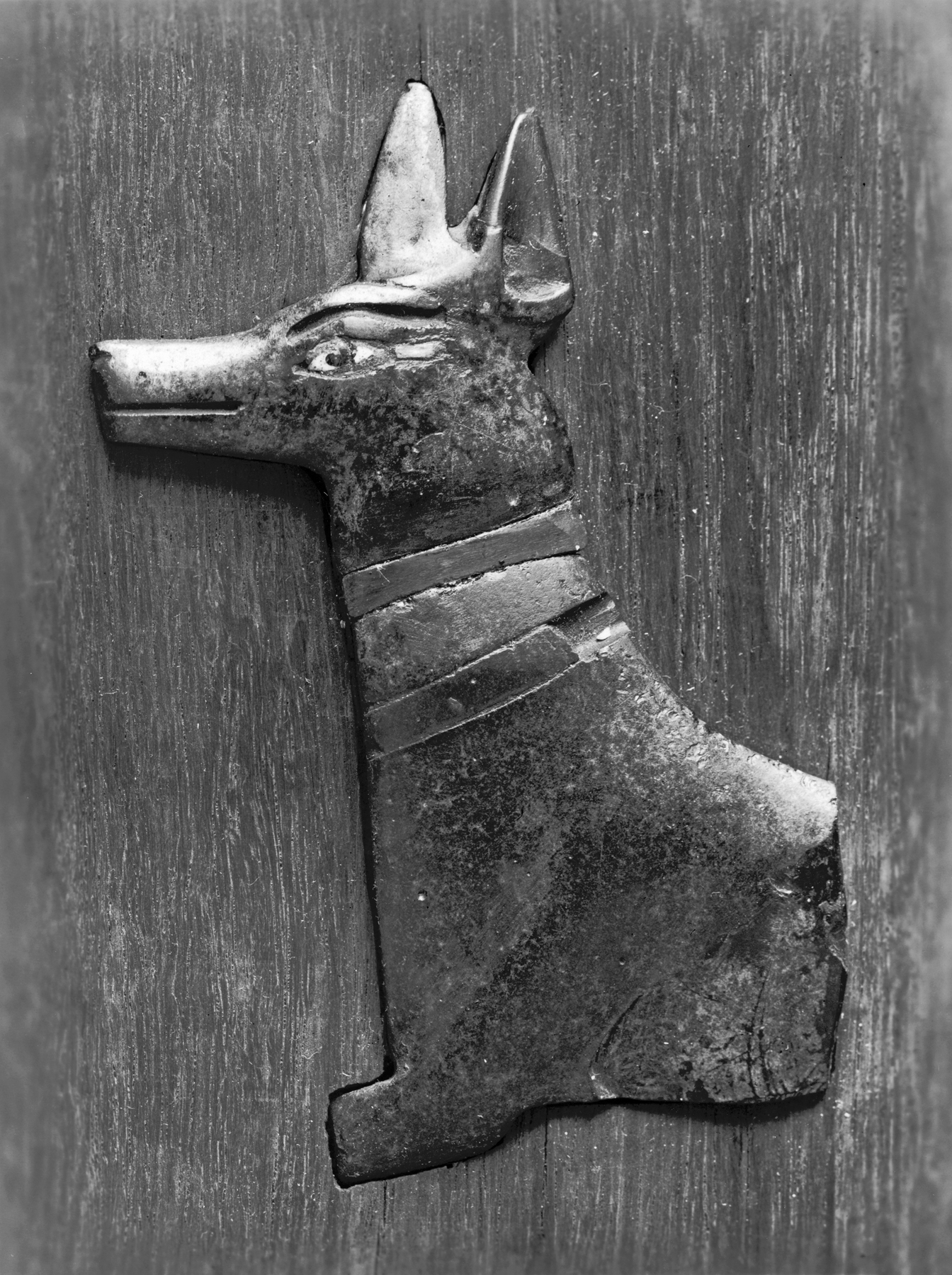 Inlay in the Form of a Jackal

Jackals were linked with the dead, most probably because they were present in the desert regions near to the cemeteries, where they searched for bones. The most popular jackal-shaped god was Anubis, who was also depicted with a jackal's head on a human body.

This inlay depicts a black recumbent jackal with an attentively raised head. His eyes are made from white and black glass; a red collar adorns his neck.