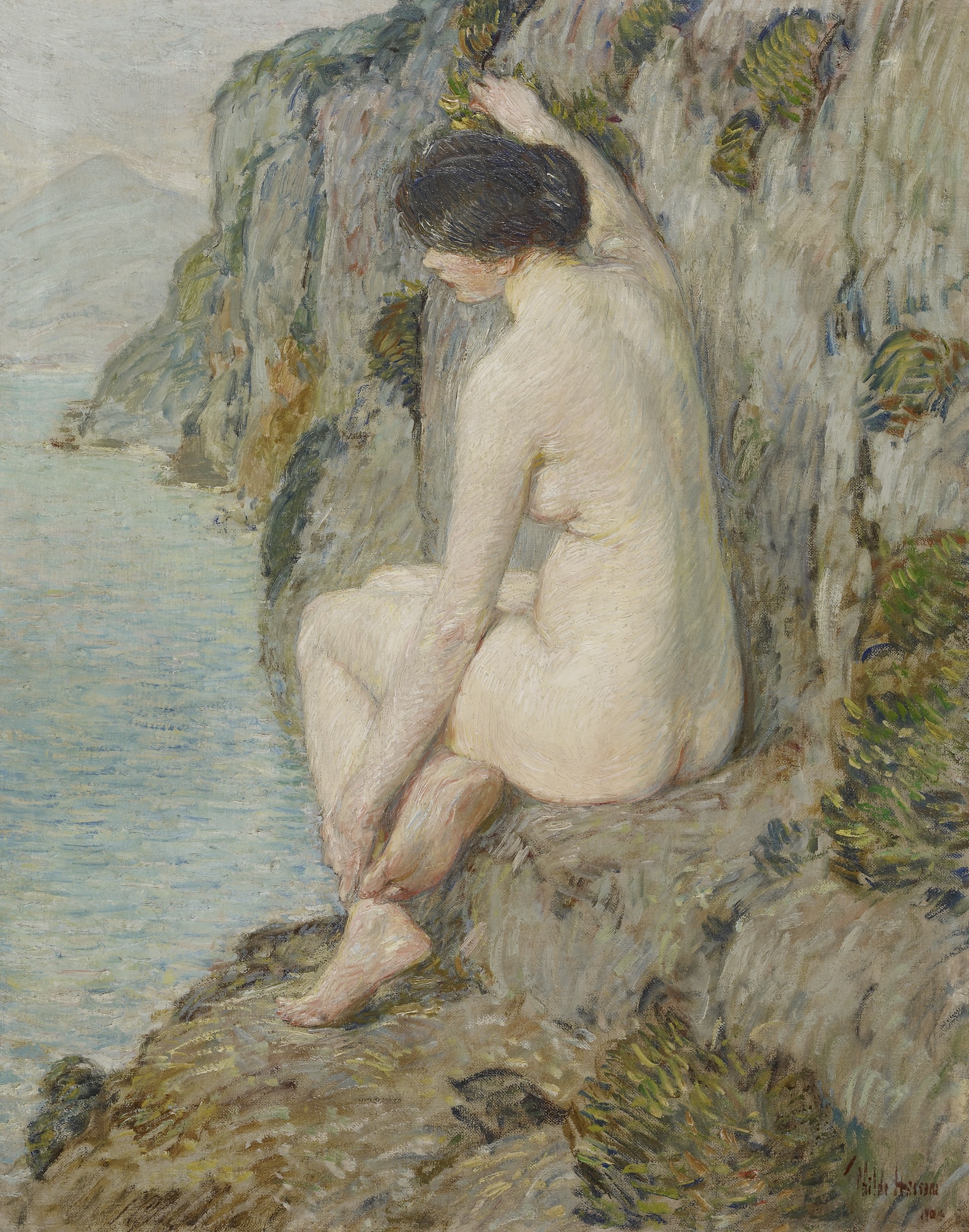 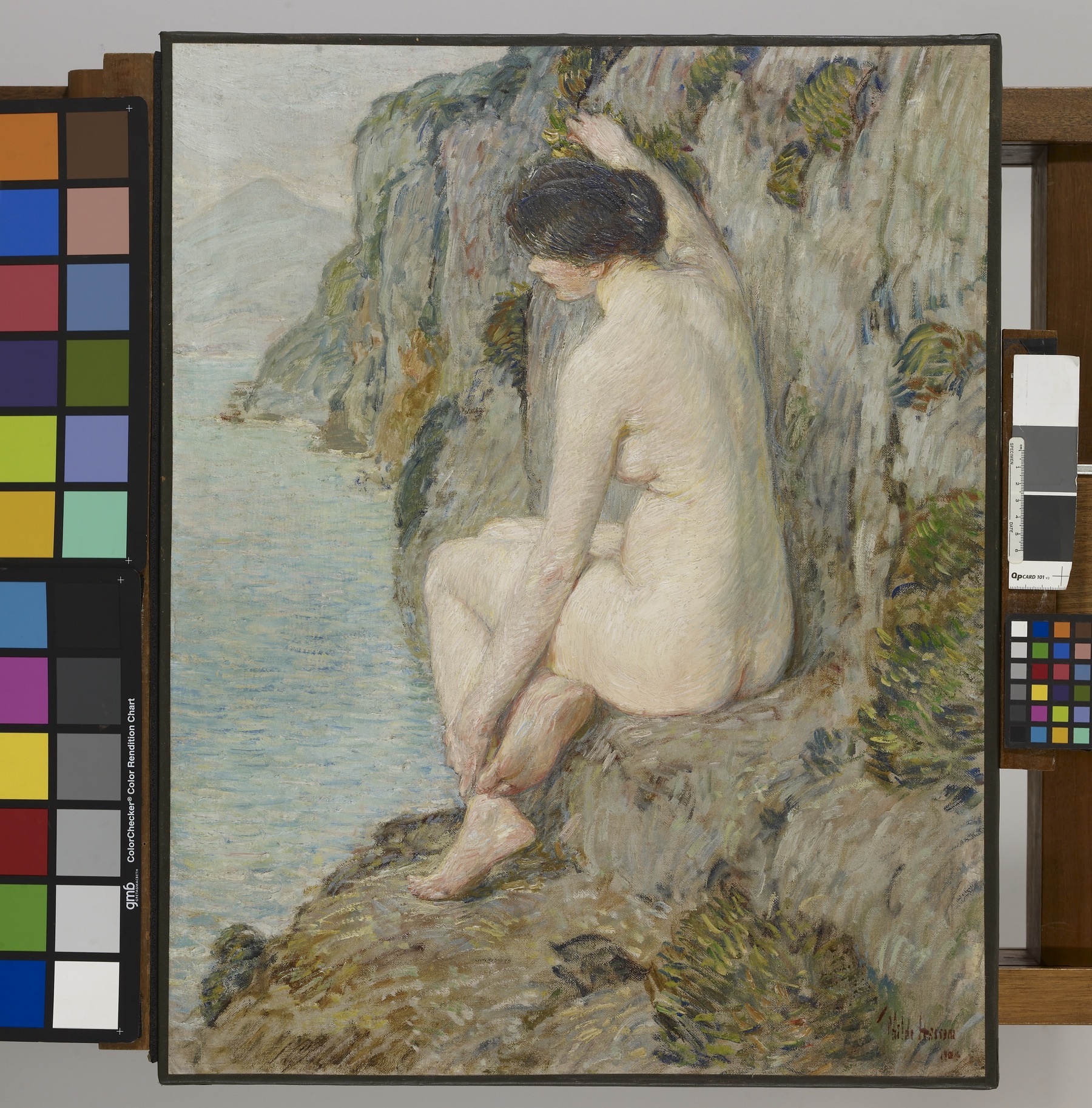 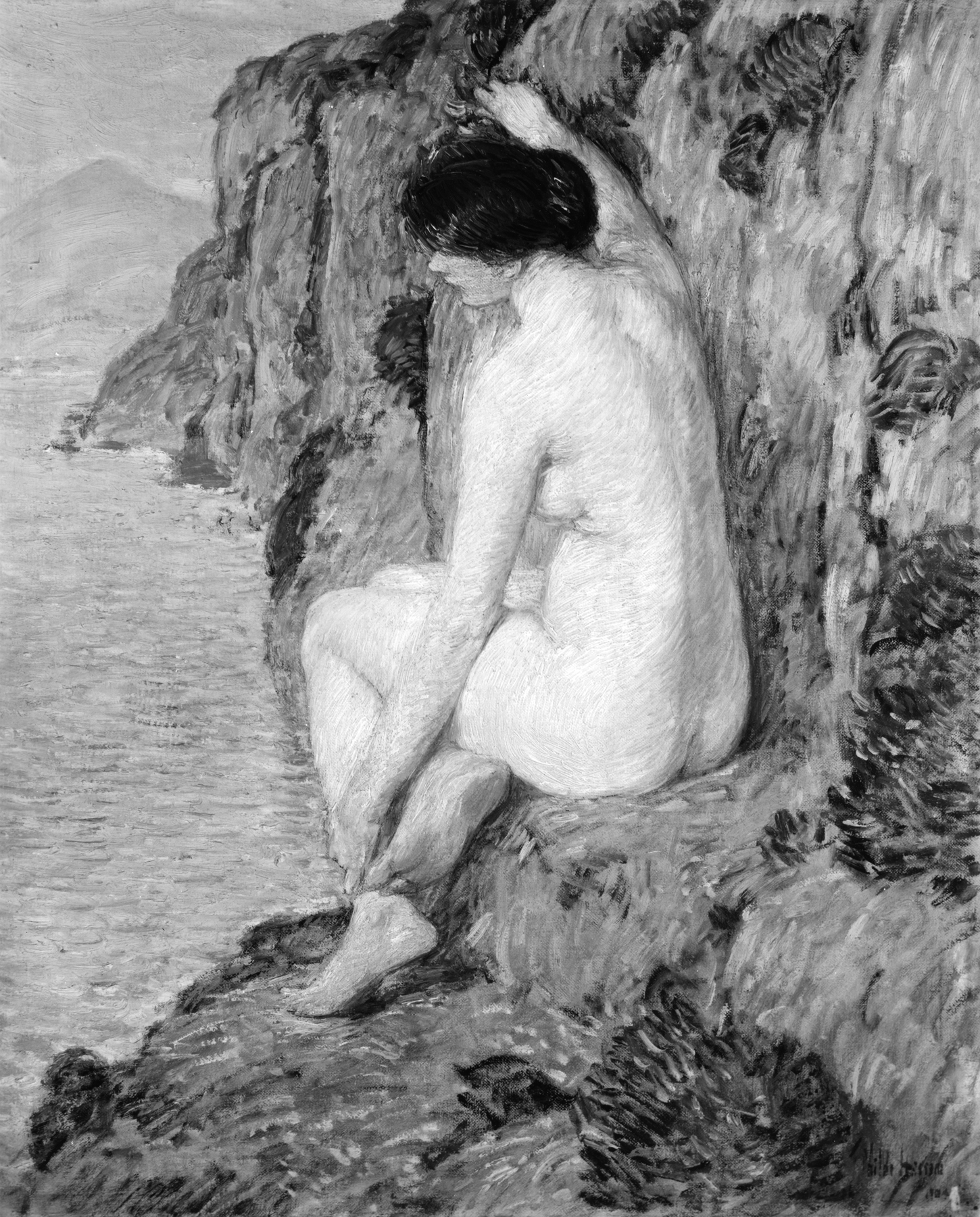 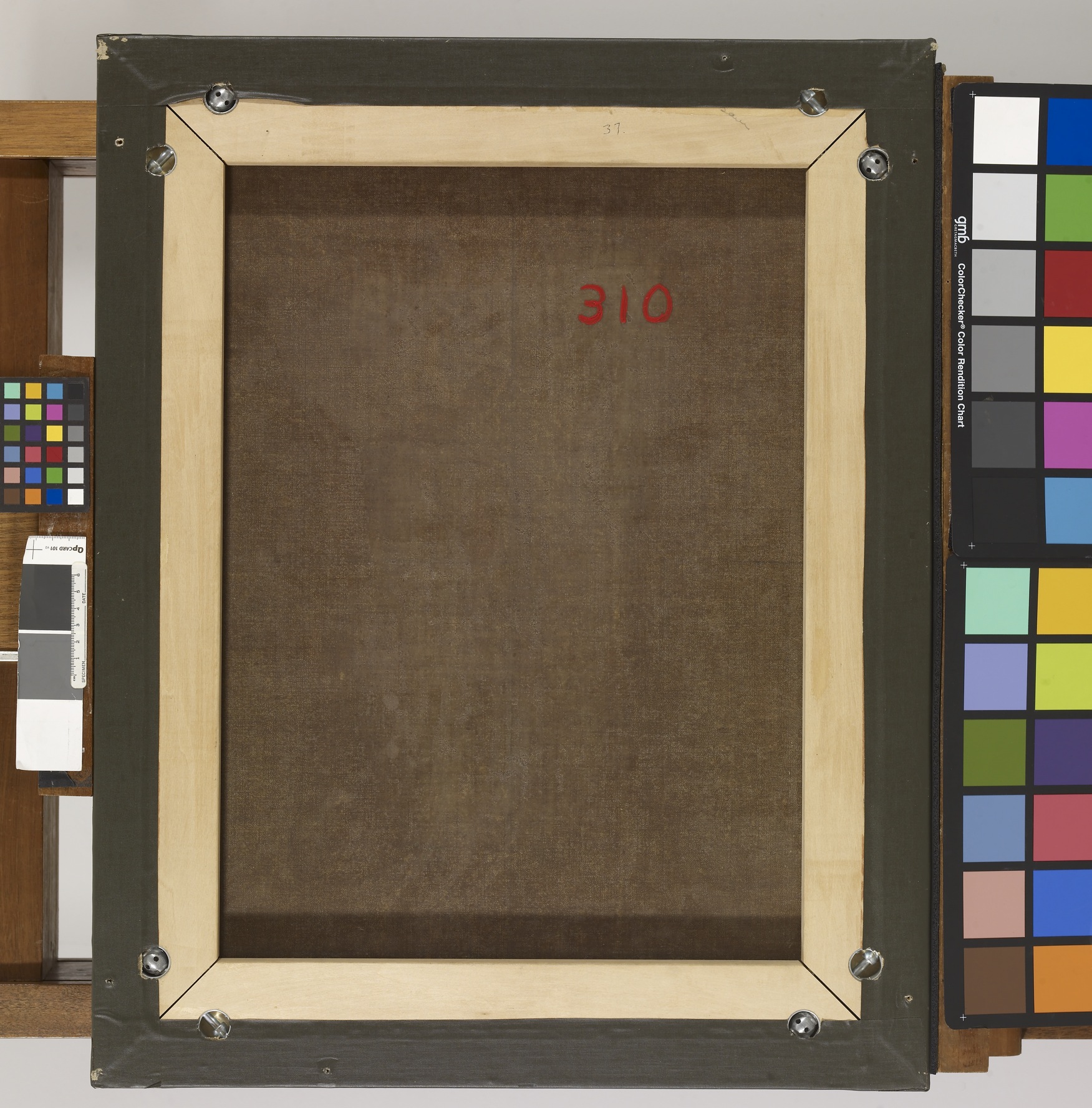 During an 1886-89 stay in Paris, this Boston painter experimented with working in oils outdoors. He gradually abandoned the dark-toned palette of the Barbizon masters for the brighter colors of the French Impressionists. Hassam named this study of a nude model, painted as if posed on a cliff, after the siren in the German poet Heinrich Heine's "Die Lorelei" (1827). In the poem, the Lorelei, a water spirit dwelling in the treacherous rocks along the Rhine River, lures ships to their destruction with her tantalizing singing:

Night falls as I linger, dreaming,
And calmly flows the Rhine;
The Peaks of the mountains gleaming
In the golden sunset shine.

A wondrous lovely maiden
Sits high in glory there;
Her robe with gems is laden,
And she combs out her golden hair.

[1] this painting was possibly acquired at the National Academy of Design exhibition of 1905, where it won the Thomas B. Clarke Prize