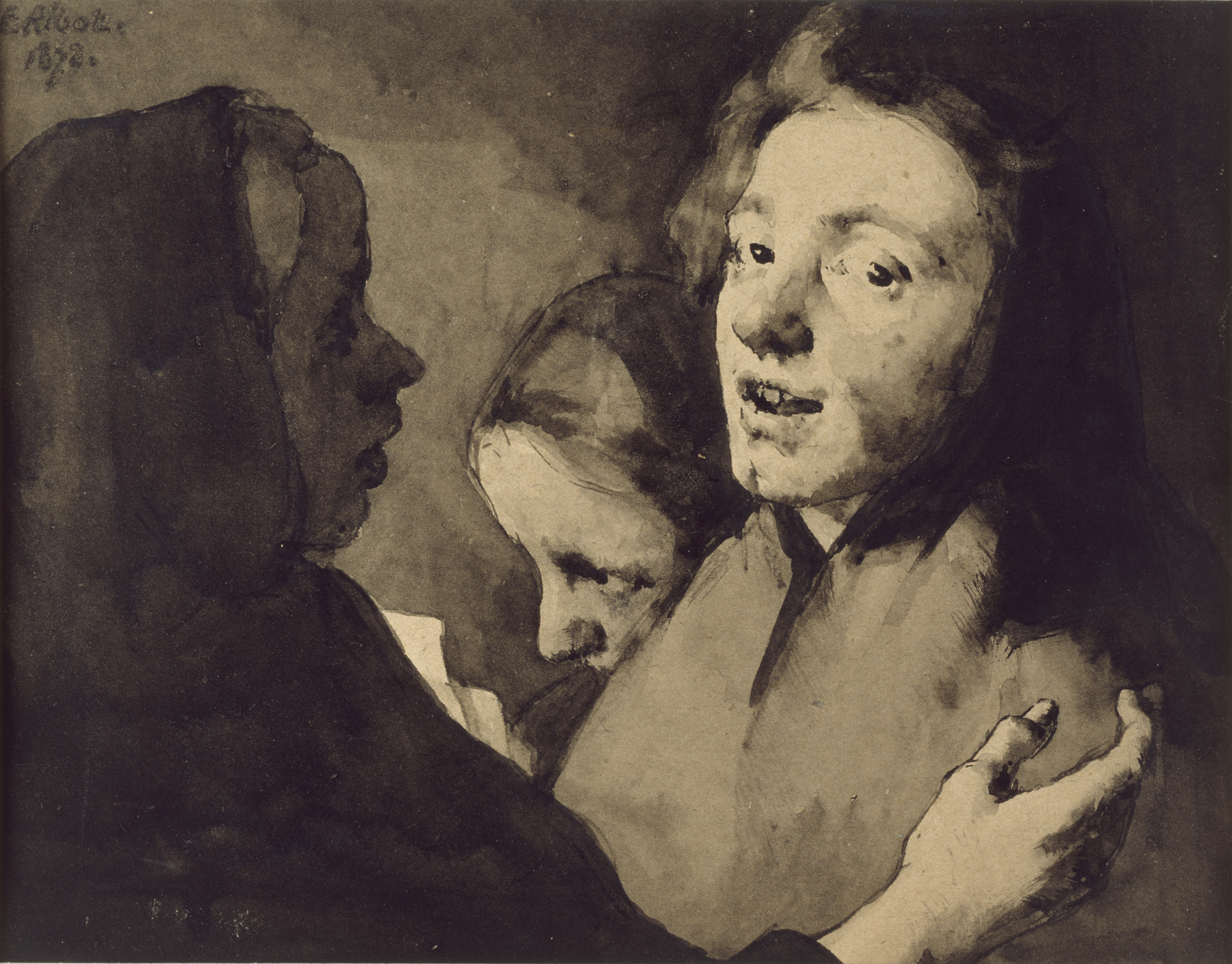 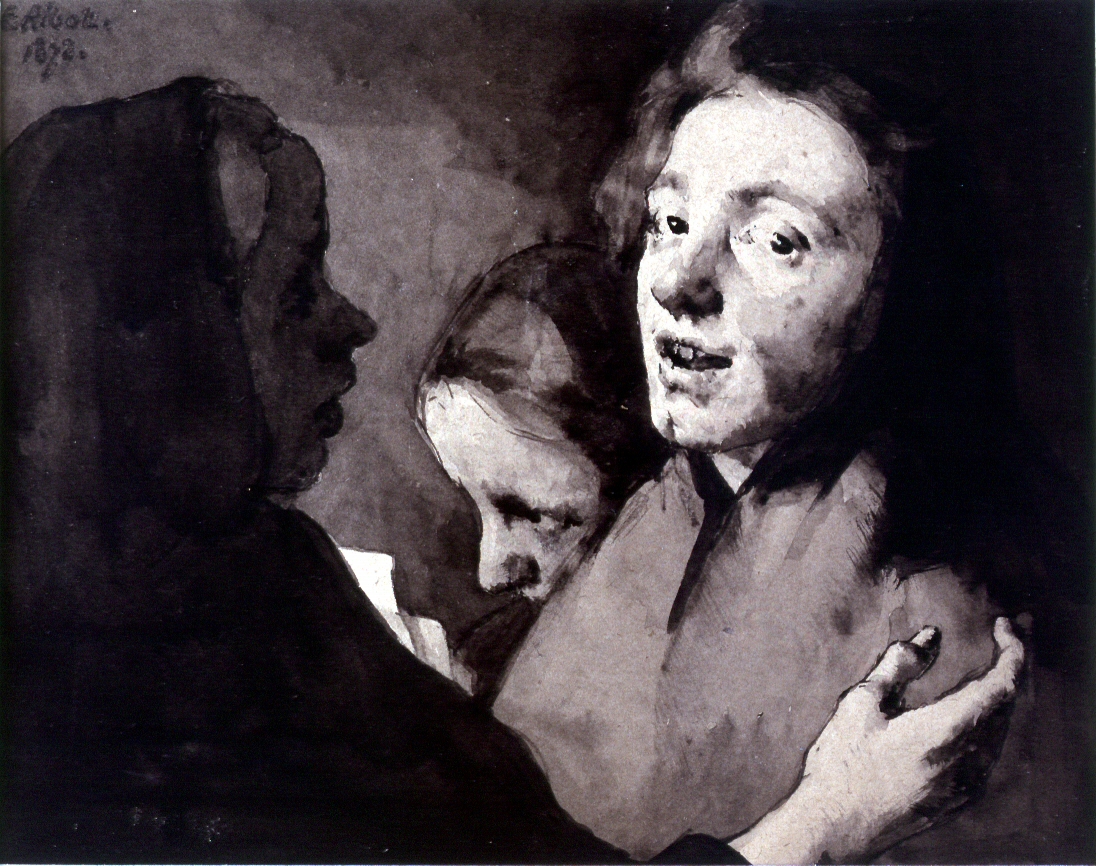 The rough, rustic style that Ribot developed was perfectly suited to the subject matter he favored. As a member of the Realist movement, Ribot was drawn to depicting the poor in a manner that did not disguise the reality of their circumstances. Using individuals from his own circle of family and friends as models, Ribot produced small paintings based on themes from the daily life of the Parisian working class, particularly the activities of musicians, cooks, servant girls, and tradesmen.

Ribot's familiarity with the people and the life he portrayed in his works may explain the sense of intimacy and directness that characterizes his paintings. That same sense of immediacy is evident in "Conversation Piece: Three Heads." The cropped composition, close viewpoint, and the presence of the figure on the right who looks outwards to address the viewer evokes a feeling of closeness and warmth. This sensation is emphasized further by the lighting of the scene. Ribot's modulation of the wash medium is masterful, allowing him to produce a full range of light effects from dark shadow through half tones to full light. Thus, while the figure on the left is seen from behind and in a heavy shadow, a warm light casts a glow on the faces of the figure on the right and the young girl in the background. Finally, the thick, rough, black line that outlines the figure's forms grants the scene a fundamental earthiness appropriate to the subjects' low social status.