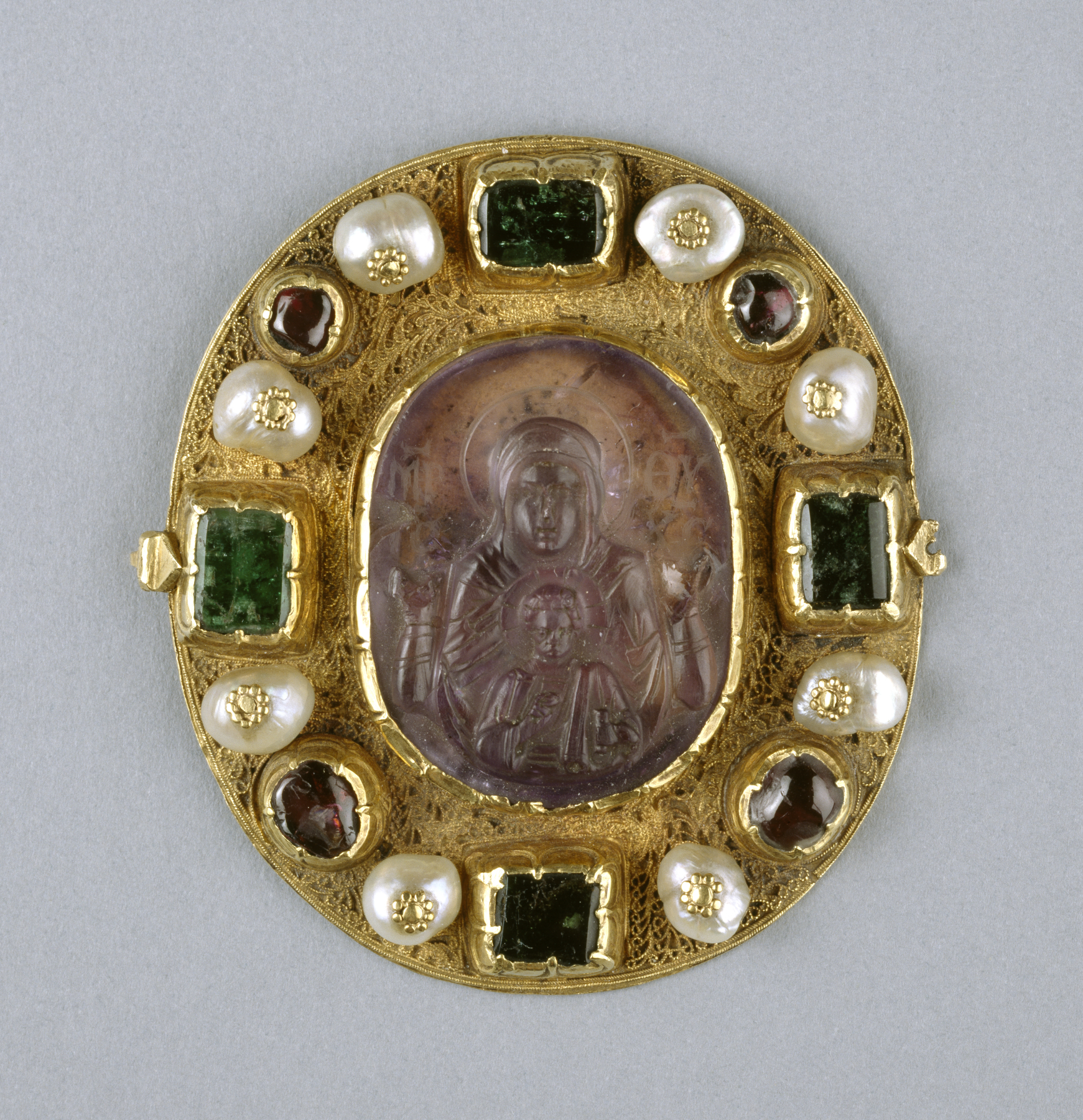 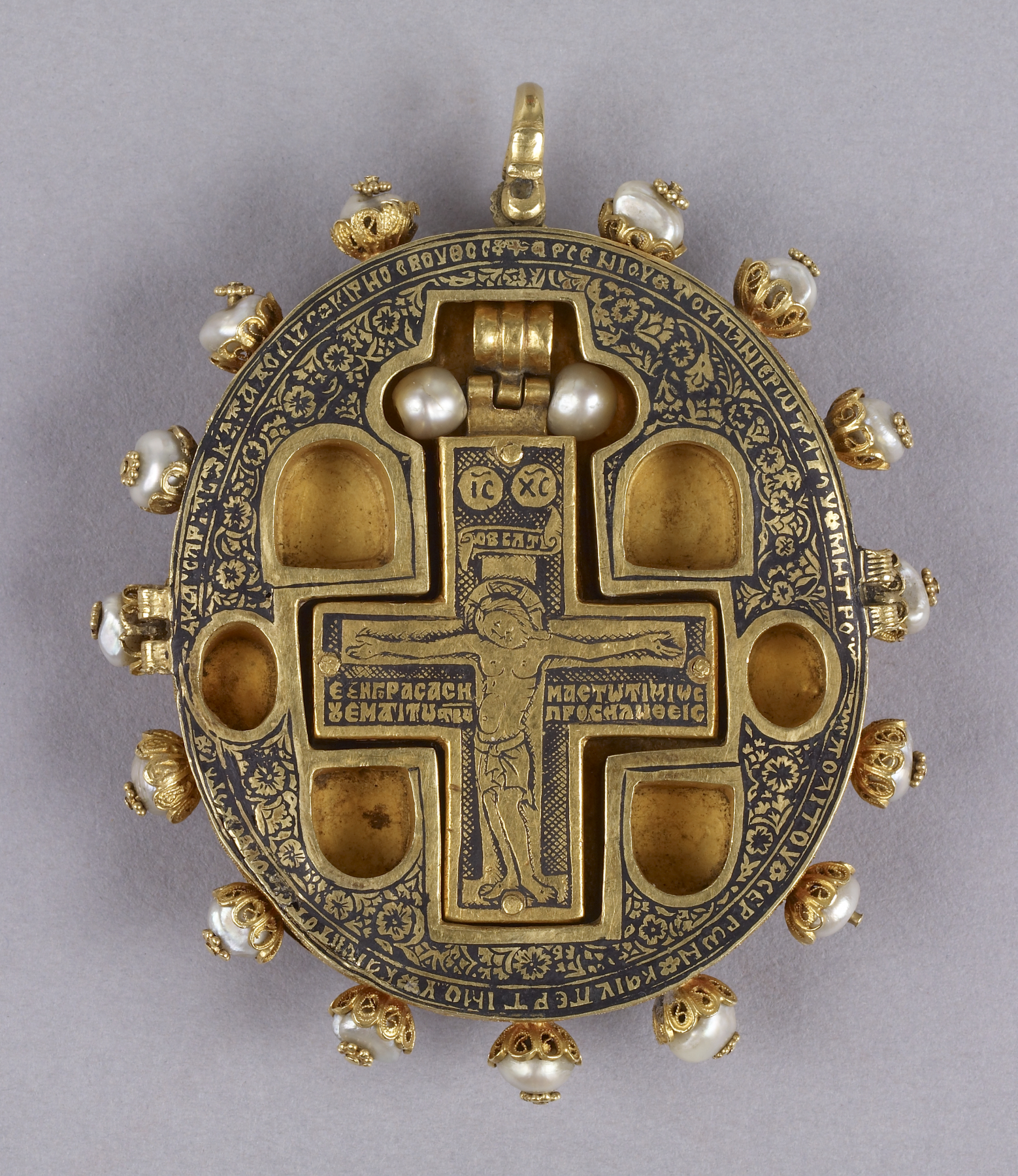 Cover of Reliquary Pendant with Virgin and Child

This exceptional pendant consists of a reliquary cross inside a hinged case with six small adjacent compartments for relics (see also Walters 57.1511B and 57.1511C). The impressive amethyst cameo depicting the Virgin and Child on the lid is surrounded by cabochon rubies and emeralds alternating with pearls. The cross and the outer edge of the case are adorned with additional pearls, and the back of the case is decorated in a similar fashion, omitting the central cameo. A ground of dense filigree covers the front and back of the case, while the inside as well as the inscription and the Crucifixion scene on the cross are done in niello. The text identifies the donor, location, and the time when the piece was crafted, which is rare in Post-Byzantine jewelry: the cross was dedicated by the Metropolitan Arsenios of Serres, a town in northern Greece, to the monastery of St. John on the island of Chalke near Constantinople in the middle of the 16th century. 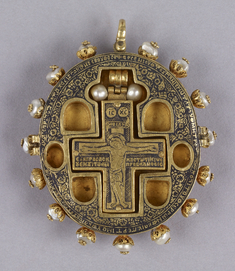 Reliquary Pendant with Virgin and Child