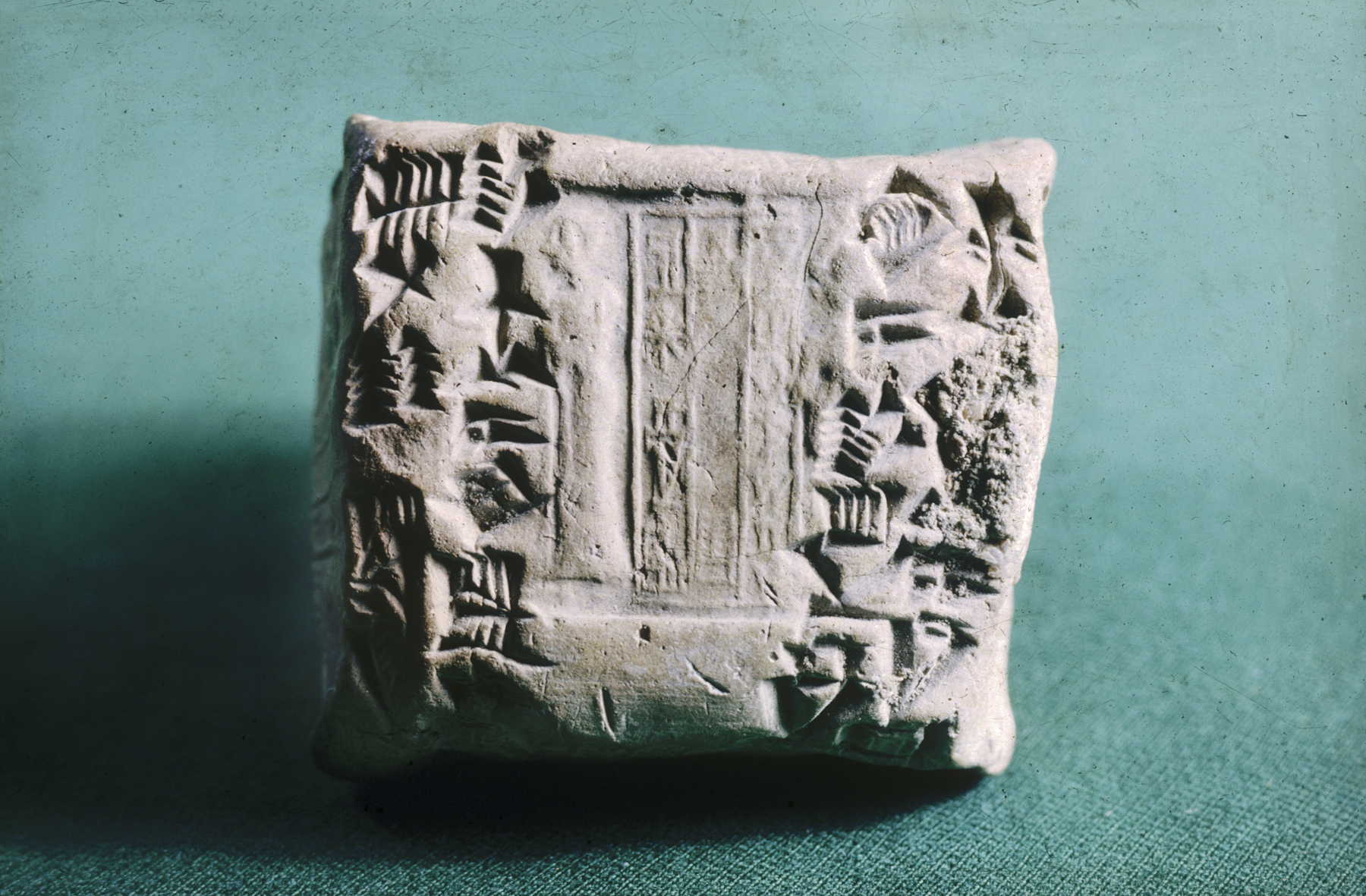 Before the writing was added, this tablet, a receipt, was marked with a cylinder seal dated to the reign of King Shulgi of Ur. Still visible are a standing figure of a worshiper with one hand raised and three lines of an inscription with the name of a scribe, suggesting that the seal may have belonged to the person who wrote the tablet.