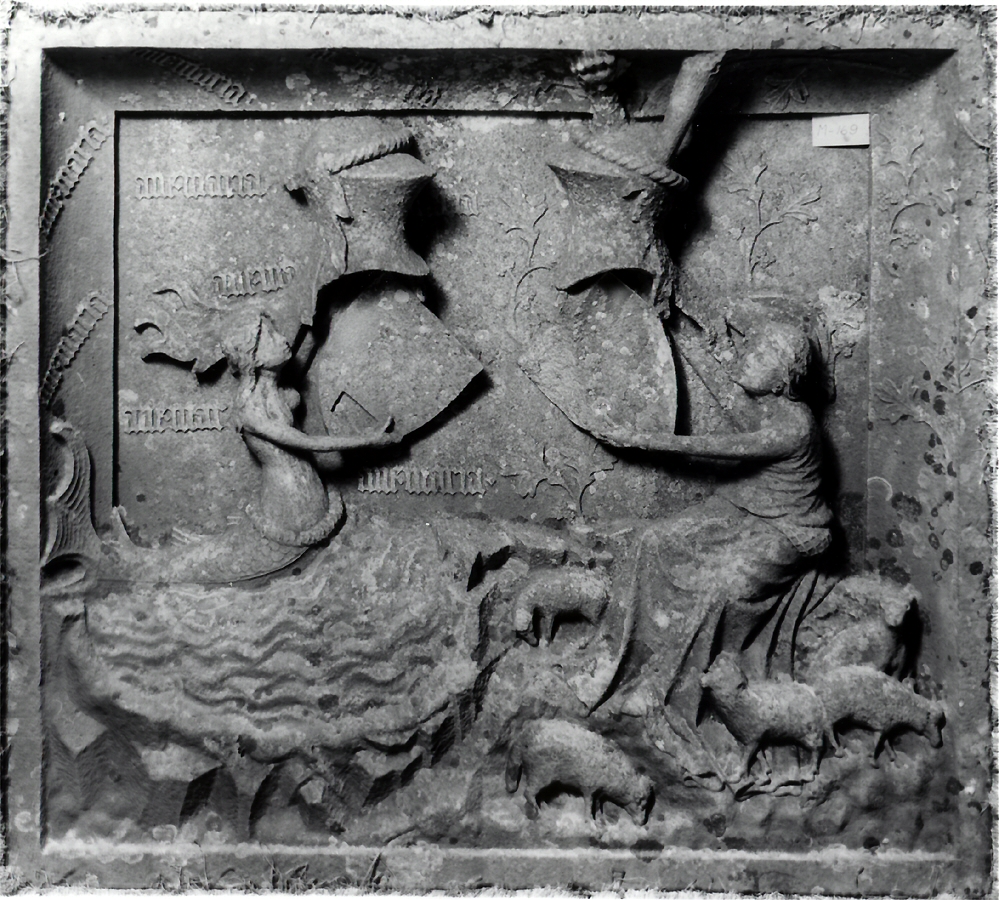 Relief with Allegory Featuring a Mermaid and Shepherdess

This relief depicts a mermaid and a crowned shepherdess each holding a coat of arms. Around the mermaid, the words "Ave Maria" ("Hail Mary") are inscribed nine times. Around the shepherdess are grape vines. The coats of arms are likely those of the families of the husband and wife joined in marriage.

The relief is said to have originally came from the gate of the now-destroyed Château de Moyencourtin Picardie. The gate was constructed by Gerard d'Athies sometime after 1413. As Gerard was a close friend of the French king Charles VII and supporter of Joan of Arc (1412-1431), it was once believed that he meant the shepherdess to refer to Joan of Arc. However, 15th and 16th-century images of Joan depict her as a warrior, alluding to her military campaigns against the English. Only in the 19th century was her youth as a shepherdess emphasized.

[Chateau de Moyencourt near Compiègne] [photographs show the sculpture in place on the wall above the drawbridge]; Raoul Heilbronner, Paris, 1911 [mode of acquisition unknown] [removed from the Chateau]; Henry Walters, Baltimore, 1913, by purchase; Walters Art Museum, 1931, by bequest.