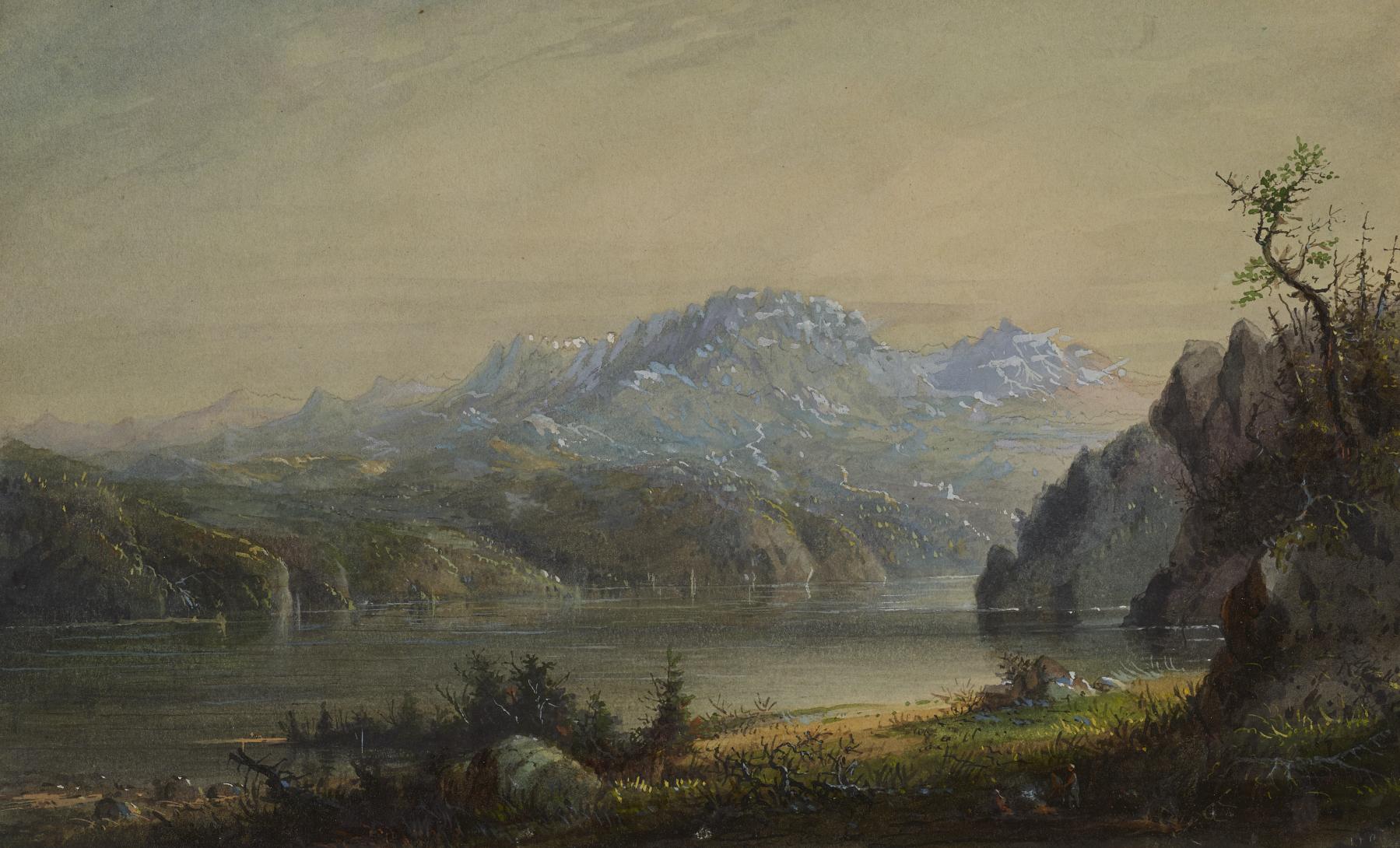 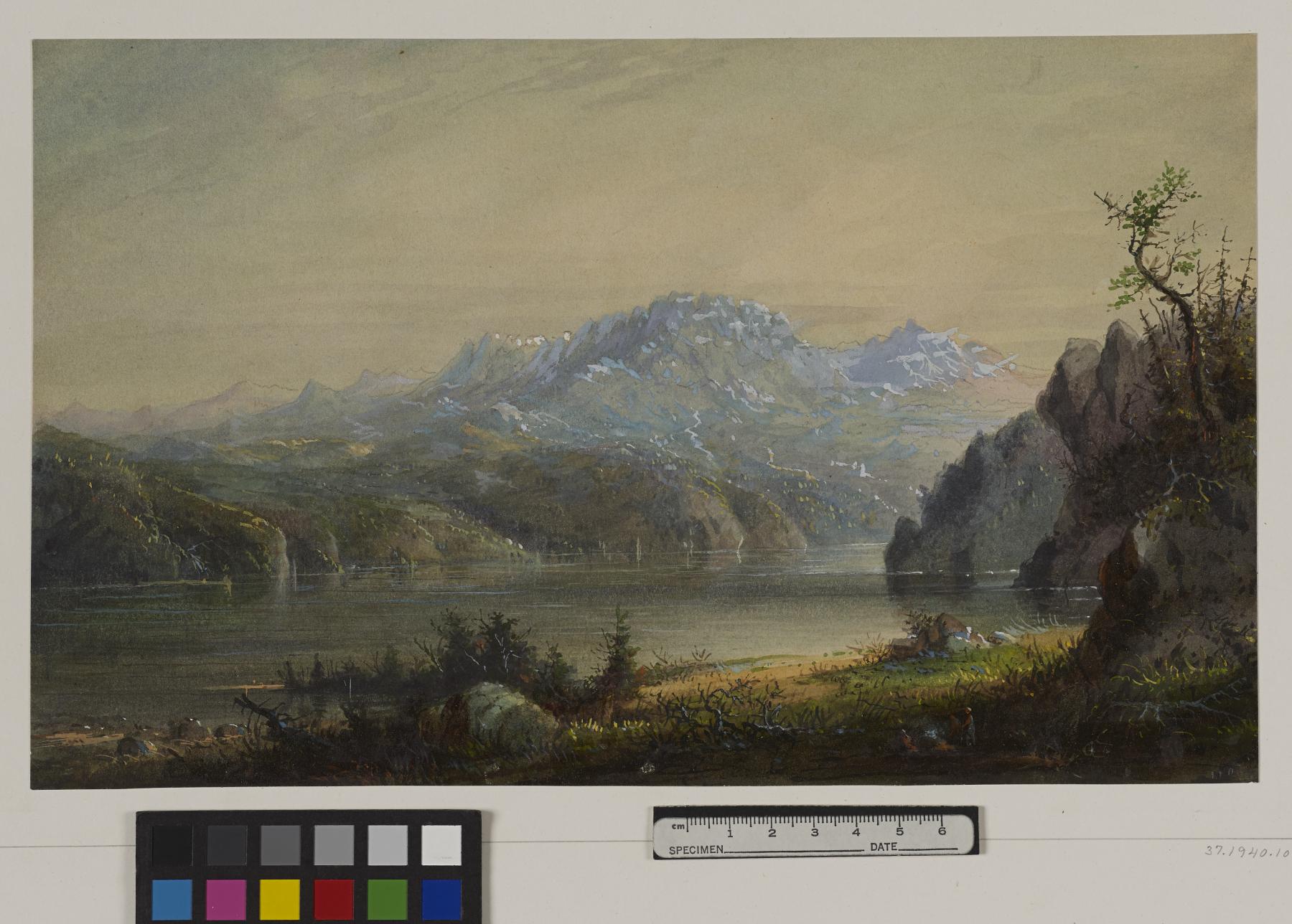 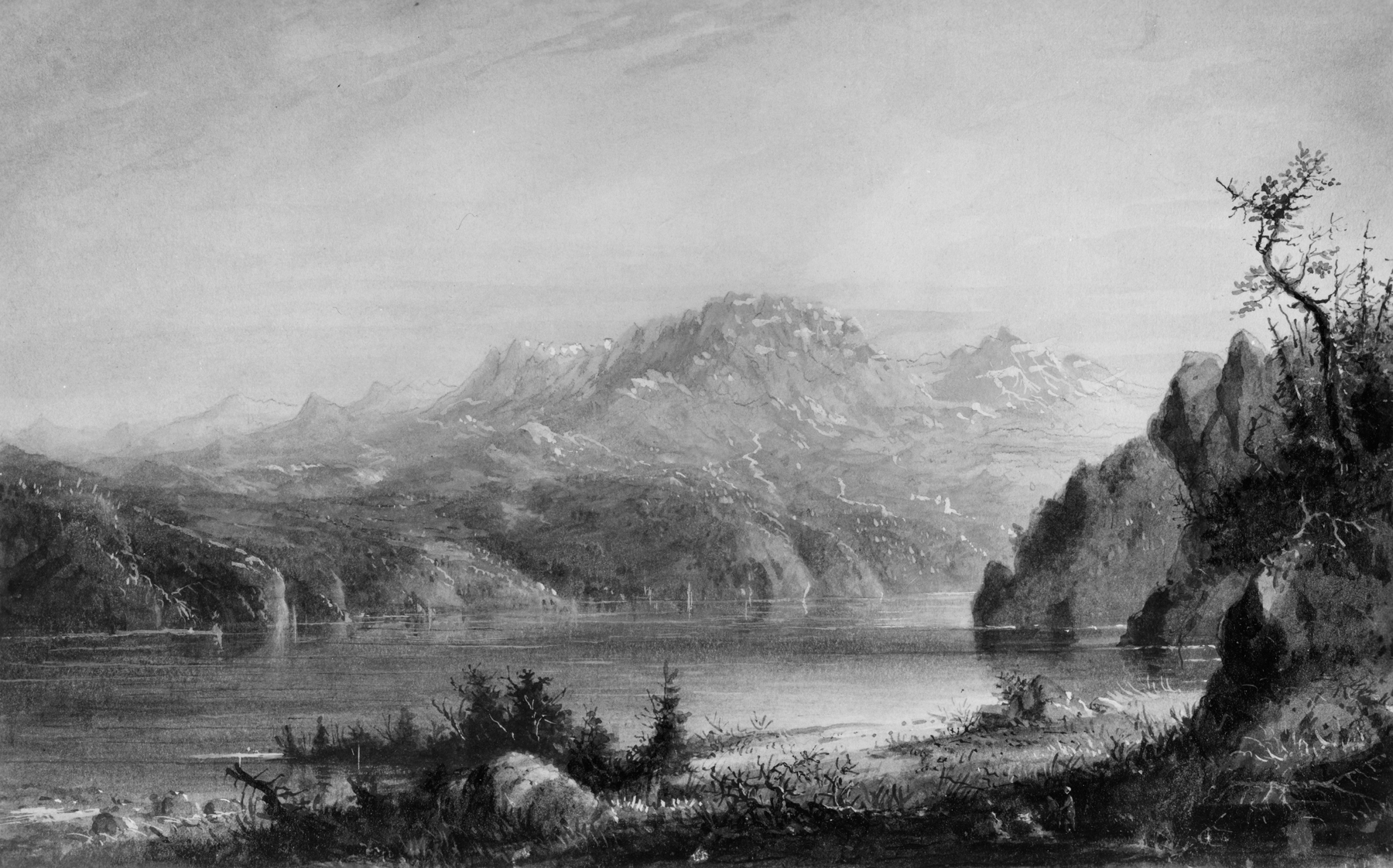 "So far as sketching was concerned, the borders of these Lakes offorded the best positions for views, as the water did not rise in too sudden a perspective, and the eye commanded with ease the full extent of mountain scenery beyond;- but we were eternally debating the question of ascension to the extreme summits- "We never are, but always to be blessed" Were we contented? No! What now? - we wanted to go to the tops of the gilttering peaks above us. The truth is the Sirens were singing to us, and very like fools we were listening too. At last a strong practical voice places a veto on the project, and if Ulysses in Sicily could have possessed himself of the same determined will, he need not have filled his sailors' ears with wax." A.J. Miller, extracted from "The West of Alfred Jacob Miller" (1837).