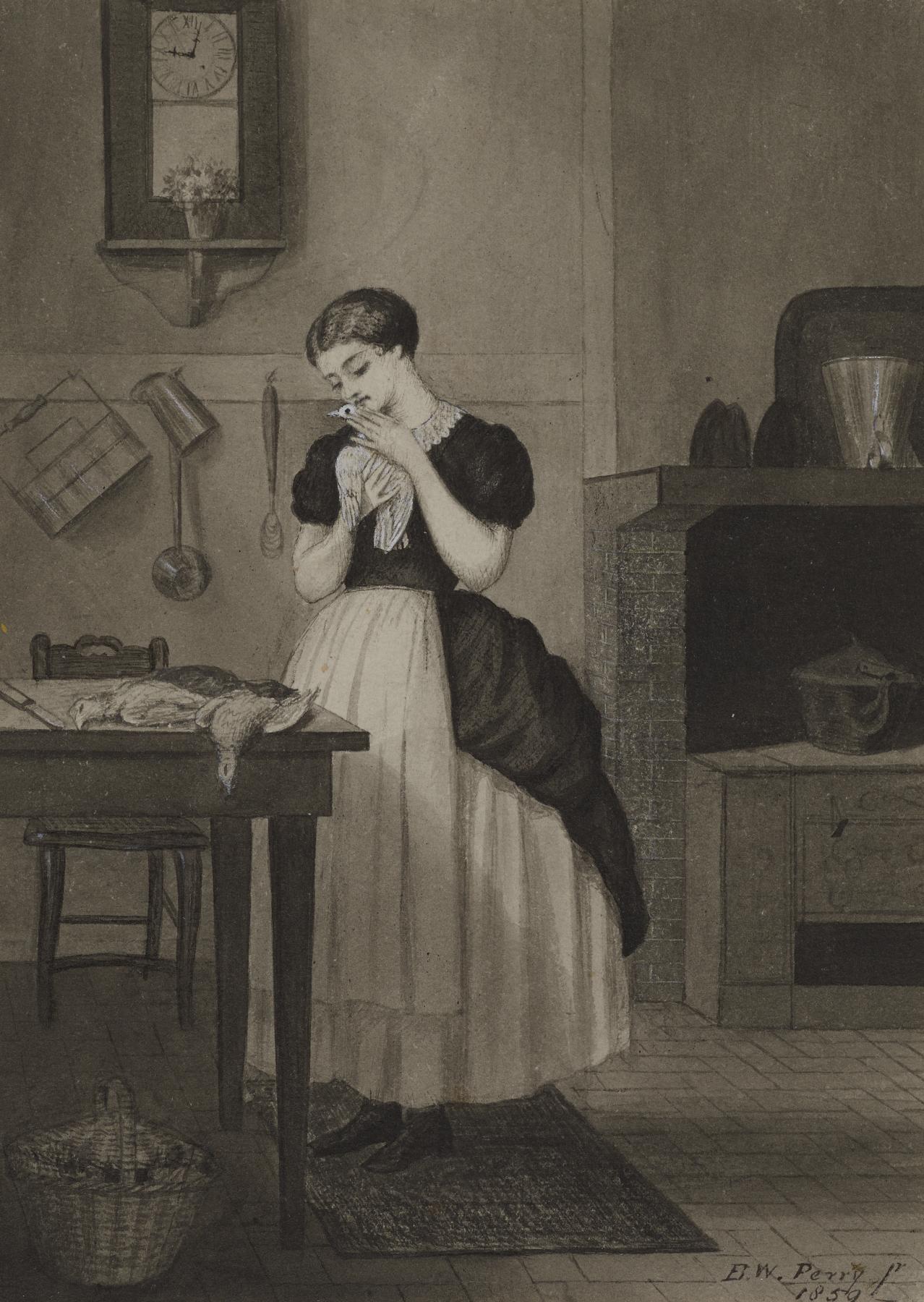 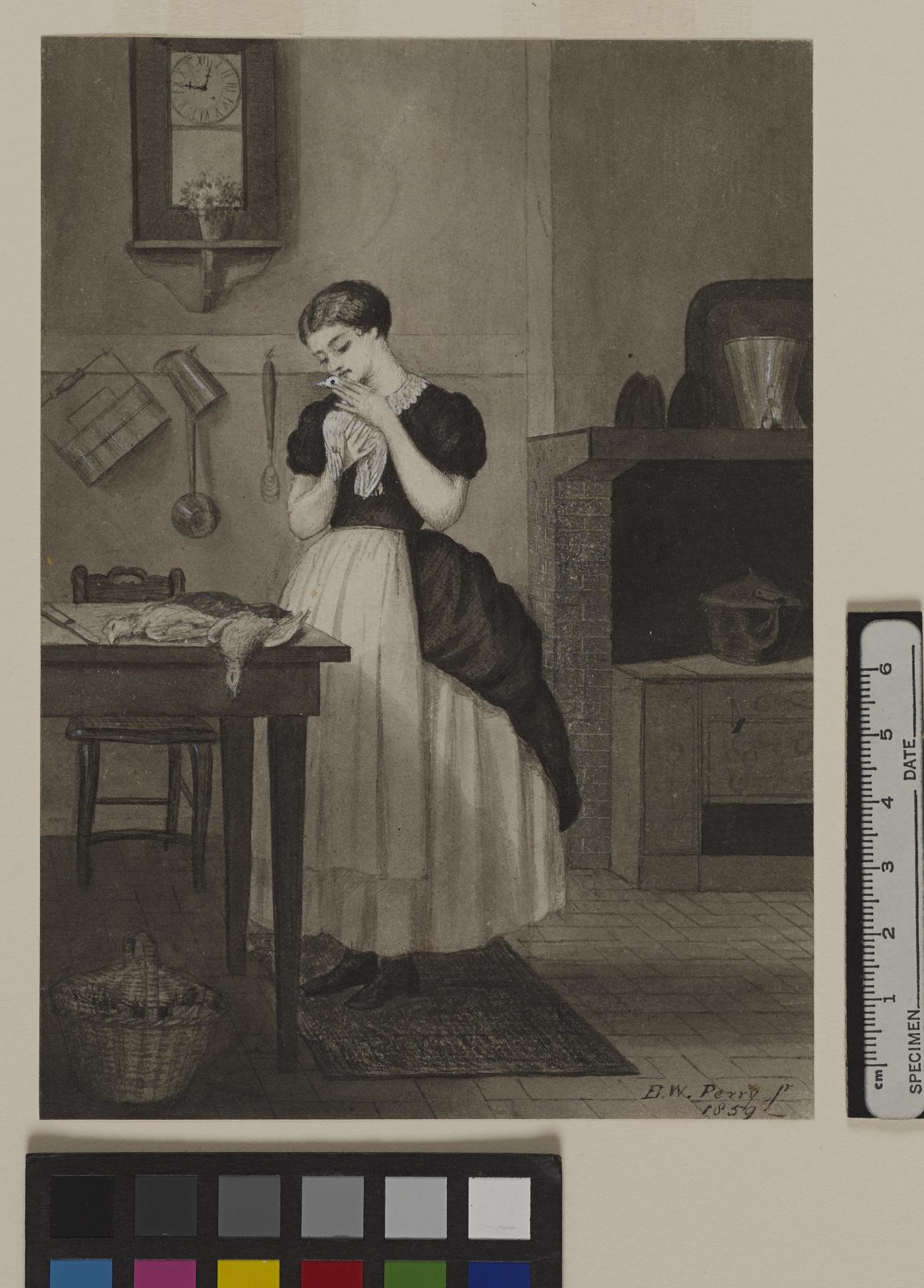 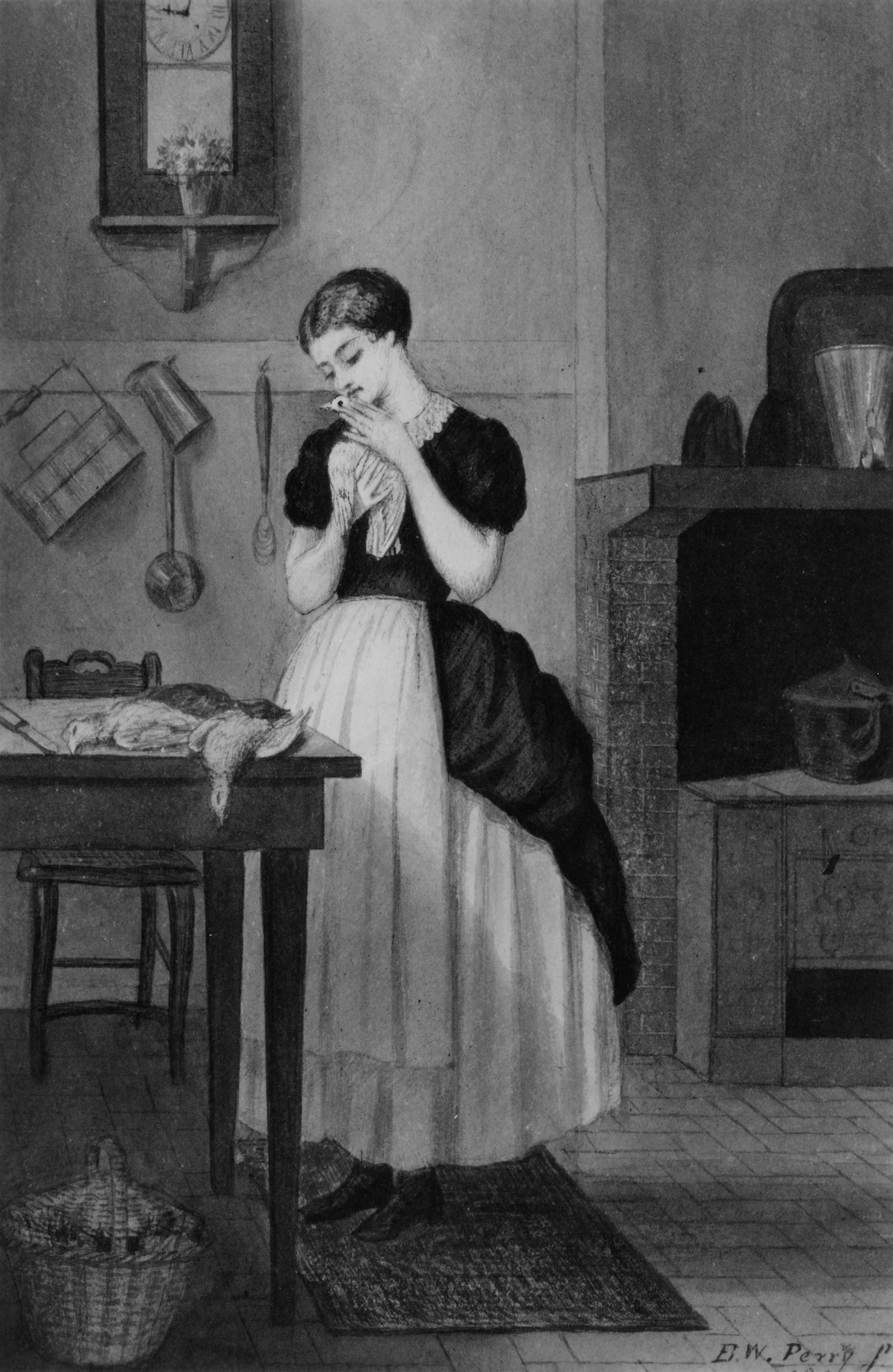 Perry trained in Europe, initially under Emmanuel Leutze in Düsseldorf, Germany, and then with Thomas Couture in Paris. Before opening a studio in New York in 1866, he traveled extensively and for a time served as United States Consul in Venice.

This drawing was made during an 1858-1862 stay in the United States and records a typical kitchen interior in mid 19th-century America. The sentimental young cook strokes the soft feathers of a bird. The bird's eye is open, unlike the eyes of the birds placed on the table. Is the young girl bidding the bird farewell before she has to kill it?