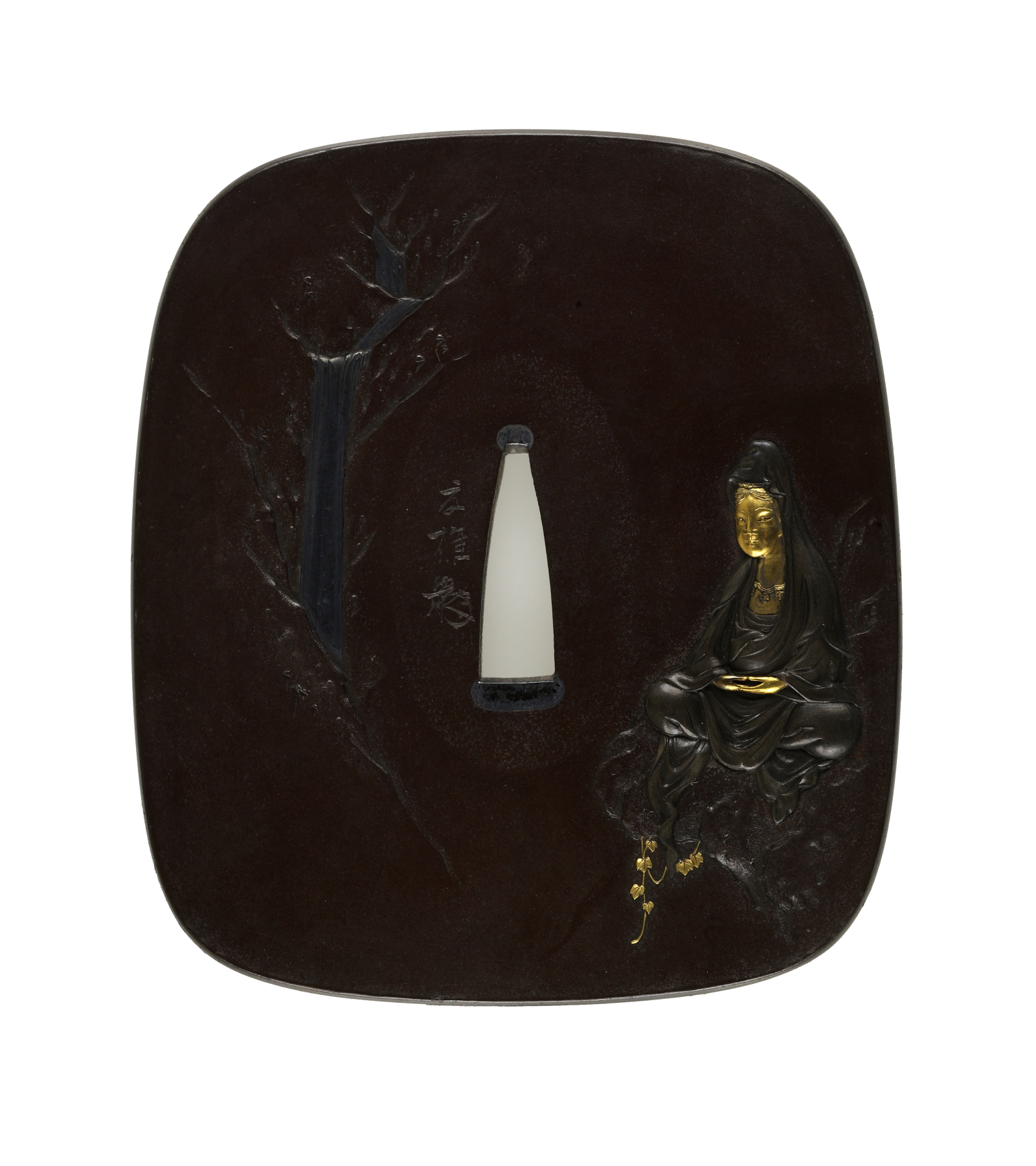 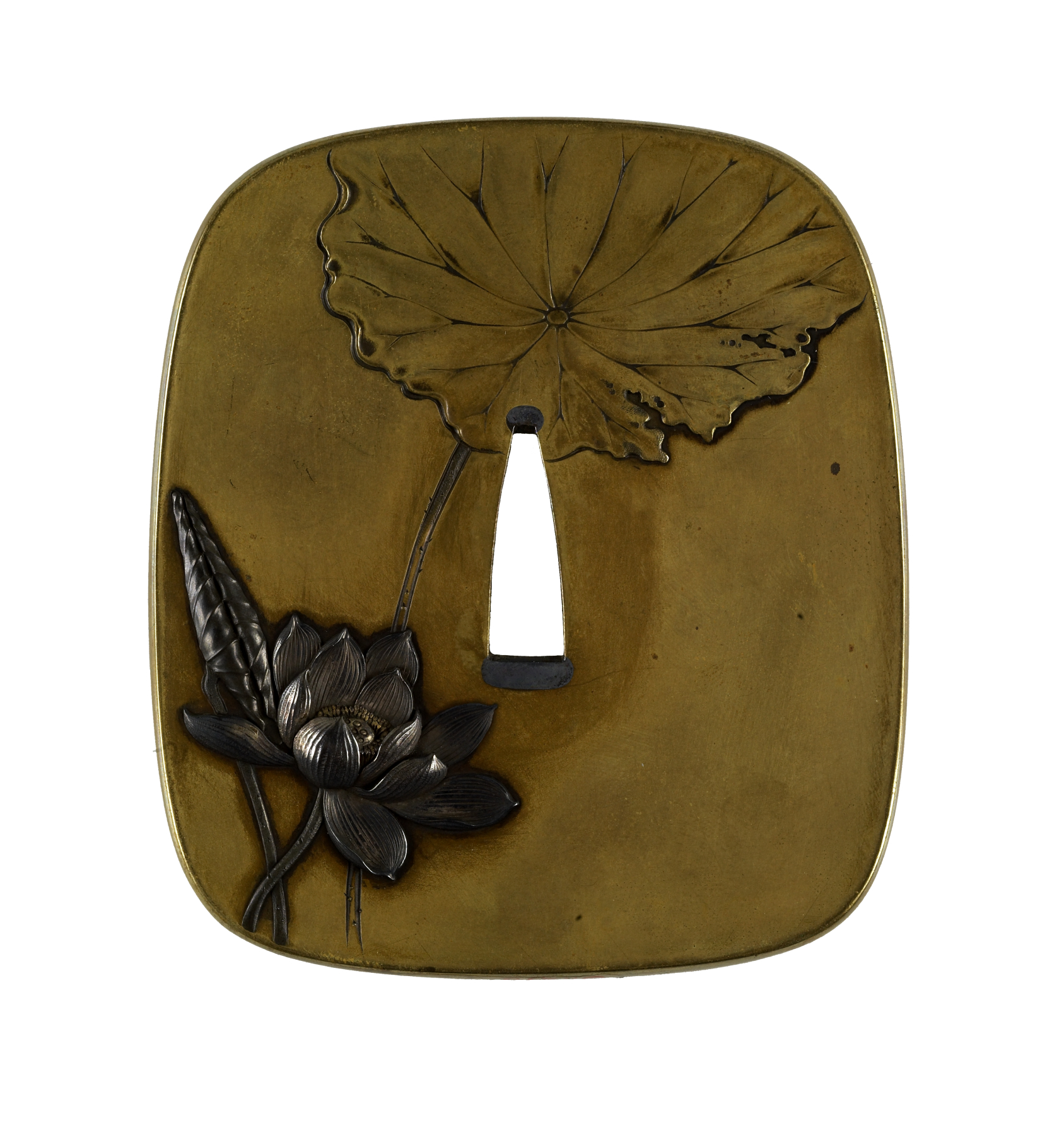 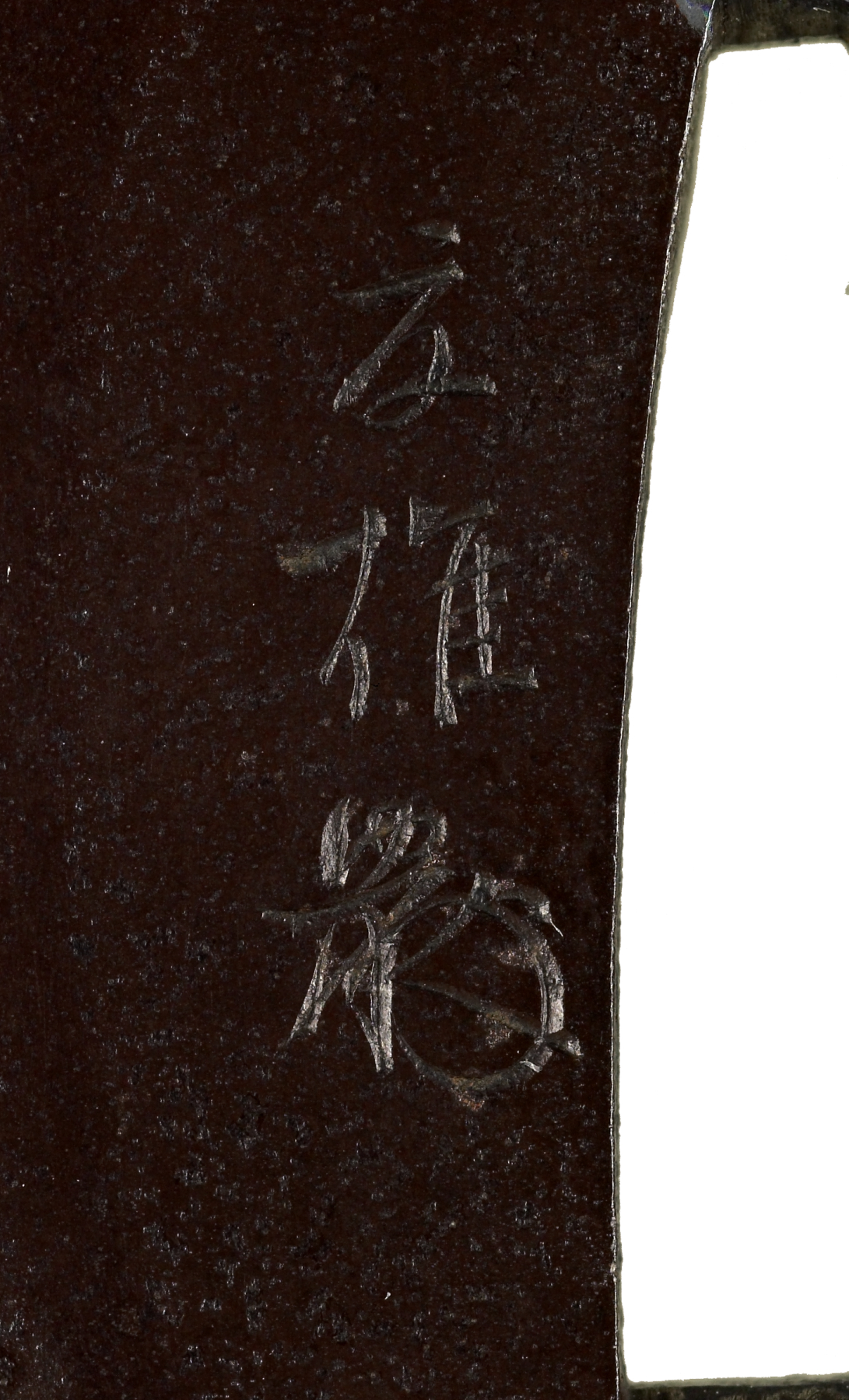 Tsuba with the Bodhisattva Kannon

The bodhisattva Kannon sits on the right side of the tsuba. While the bodhisattva is neither a man nor a woman, depictions of this type have a distinctly feminine aspect. She is called the "White Robed Kannon" because of her costume. She sits near a waterfall. Kannon is a compassionate deity who helps humans achieve Buddhahood. The reverse of the tsuba depicts lotus flowers, which are associated with Buddha and other Buddhist deities.