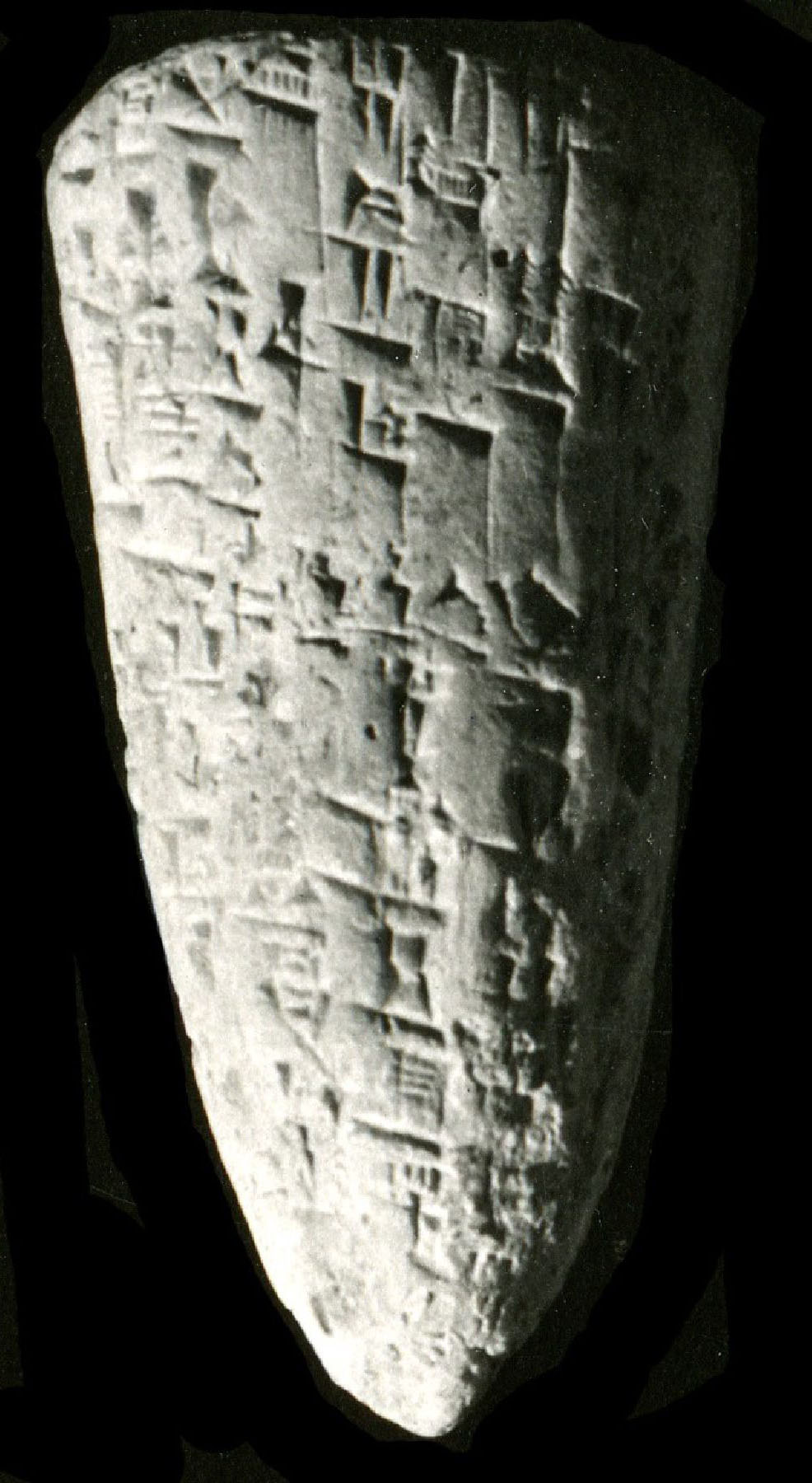 The tidy Akkadian cuneiform characters, impressed neatly in horizontal registers all around this votive cone, describe an offering made by Lipit-Ishtar to the god Enlil and his consort Ninlil near the palace gates of the city of Isin. Lipit-Ishtar (also rendered as Lipit-Eshtar) ruled over the city-state of Isin (in south central Iraq) ca. 1934-1924 BCE. To establish the extent of his power, Lipit-Ishtar lists the territories (Sumer and Akkad) as well as the cities (Nippur, Ur, Eridu, and Uruk) then under the control of Isin. The section about setting “justice in the lands of Sumer and Akkad” may refer to the law-code of Lipit-Ishtar, which predated the more famous laws of Hammurabi of Babylon by about a century. Around one hundred examples of this text are known, of which the Walters Art Museum has three. 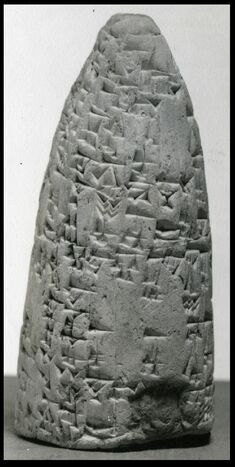