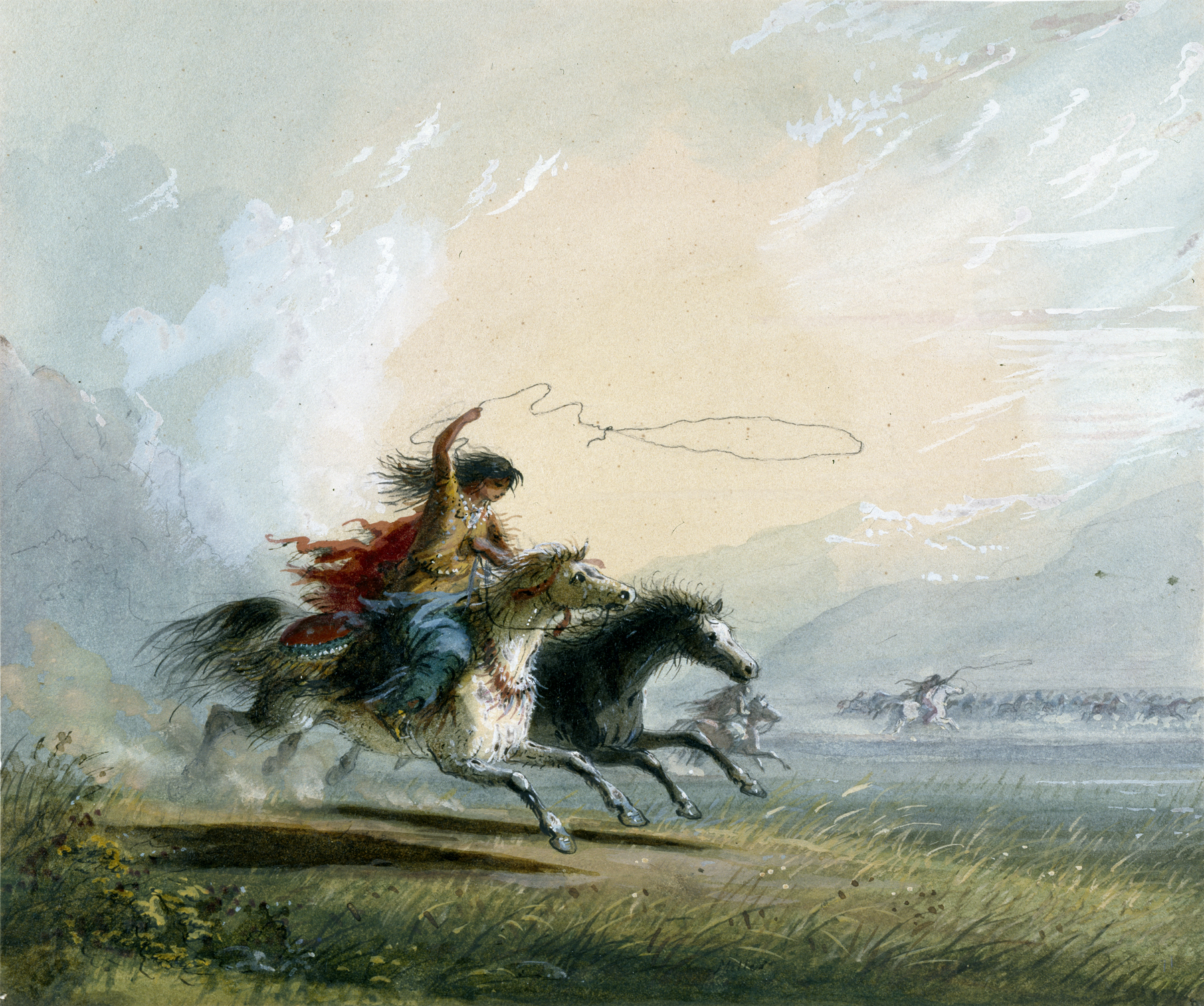 "At rare intervals females take the field in pursuit of game or catching horses. They are not well adapted to this service, but either through a frolic or at the command of that inexorable mother necessity, she tries her hand. The saddle on which she rides is so constructed that she cannot readily fall, it is a high demipique, the pommel being near two feet high, to this, she fastens one end of the 'lariat,'- the other end is coiled with the noose in her hand. The sketch represents her in the act of throwing the lariat, and from inexperience, she makes severl ineffectual throws, before the intention is accomplished. The fact of her requiring a saddle, however, fixes on her an indelible disgrace in the eyes of the male Indian,- who regards such effeminacy with contempt." A.J. Miller, extracted from "The West of Alfred Jacob Miller" (1837).