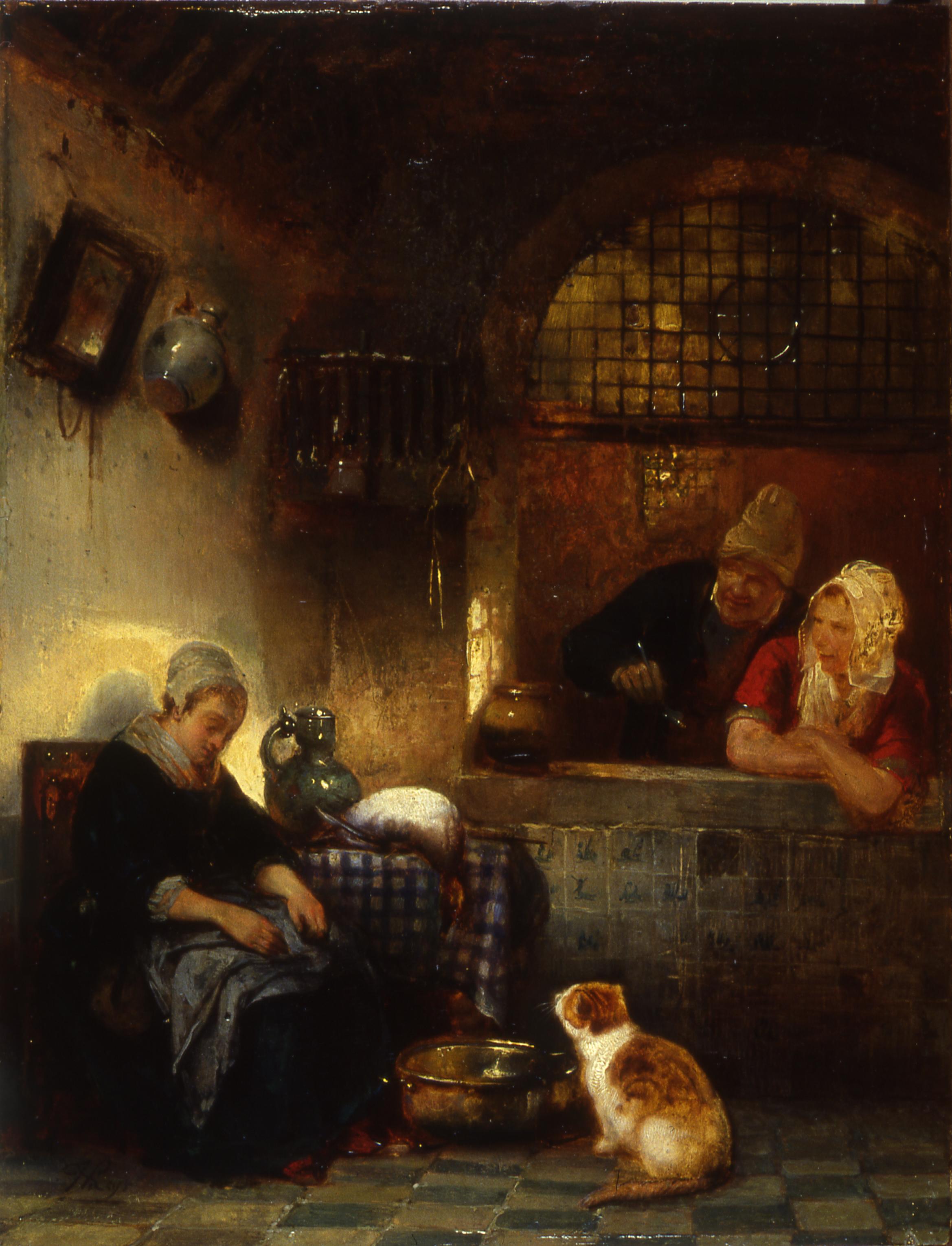 A servant girl has been found asleep by an older couple. Beside her, on a table covered with a checked cloth, is an unplucked dead goose and a large stoneware pitcher; at her feet waits a hungry cat beside a large copper basin. The artist has enriched the kitchen setting with such details as the broken mirror and the ceramic vase suspended from wall pegs, a large wooden-slatted bird-cage, and a wainscot of Delft tiles.