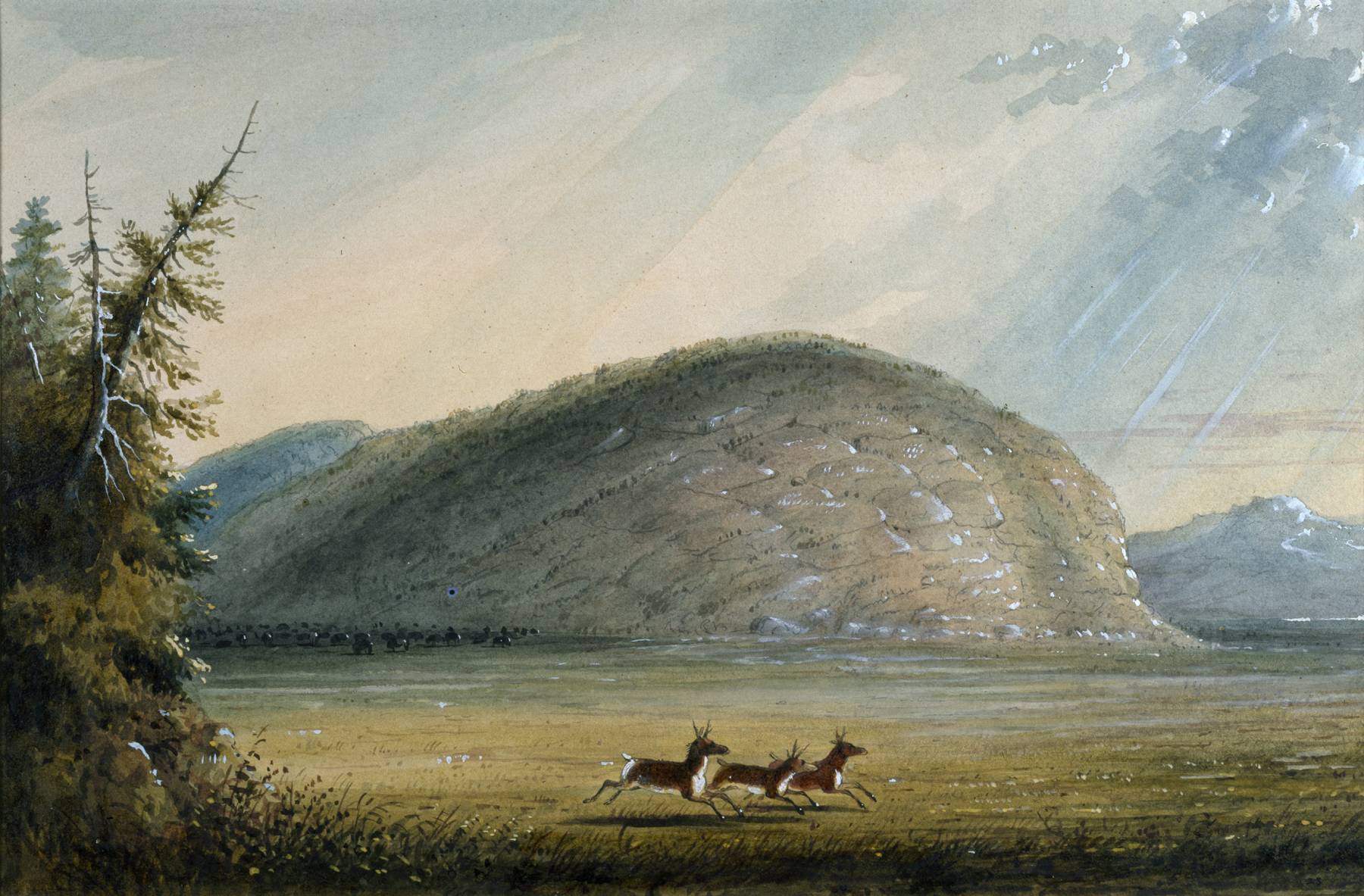 "On approaching this famous land-mark, when within 10 miles of it, we were struck with its resemblance to a huge tortoise sprawling on the prairie;- this appearance lessening in proportion as we came nearer. We found it pomposed of granite or coarse porphyry, from 5 to 600 ft. in height, and in a prominent part were inscribed the names of the pioneers of the Rocky Mountains, among others the names of Sublette, Wyeth, Cambell, Bonneville, Pitcher, &c., many carved deep into the stone. The temptation was too strong not to add our own;- to make amends for this assumption, and show our zeal for others, we found a man by the cognomer of Nelson had carved his name, and to insure him immortality we added to it, 'Of the Nile!' 'Odds chisels and hammers' (as Bob Acres would say), what a pity it is he will never know his benefactors.

When we first came in view of the Rock, Buffalo were feeding under its shadow, and the swift-footed Antelope bounding along so fleetly and so phantom like that we almost imagined them to embdy the spirit of departed Indians, again visiting their beautiful hunting grounds and scenes of former exploits." A.J. Miller, extracted from "The West of Alfred Jacob Miller" (1837).