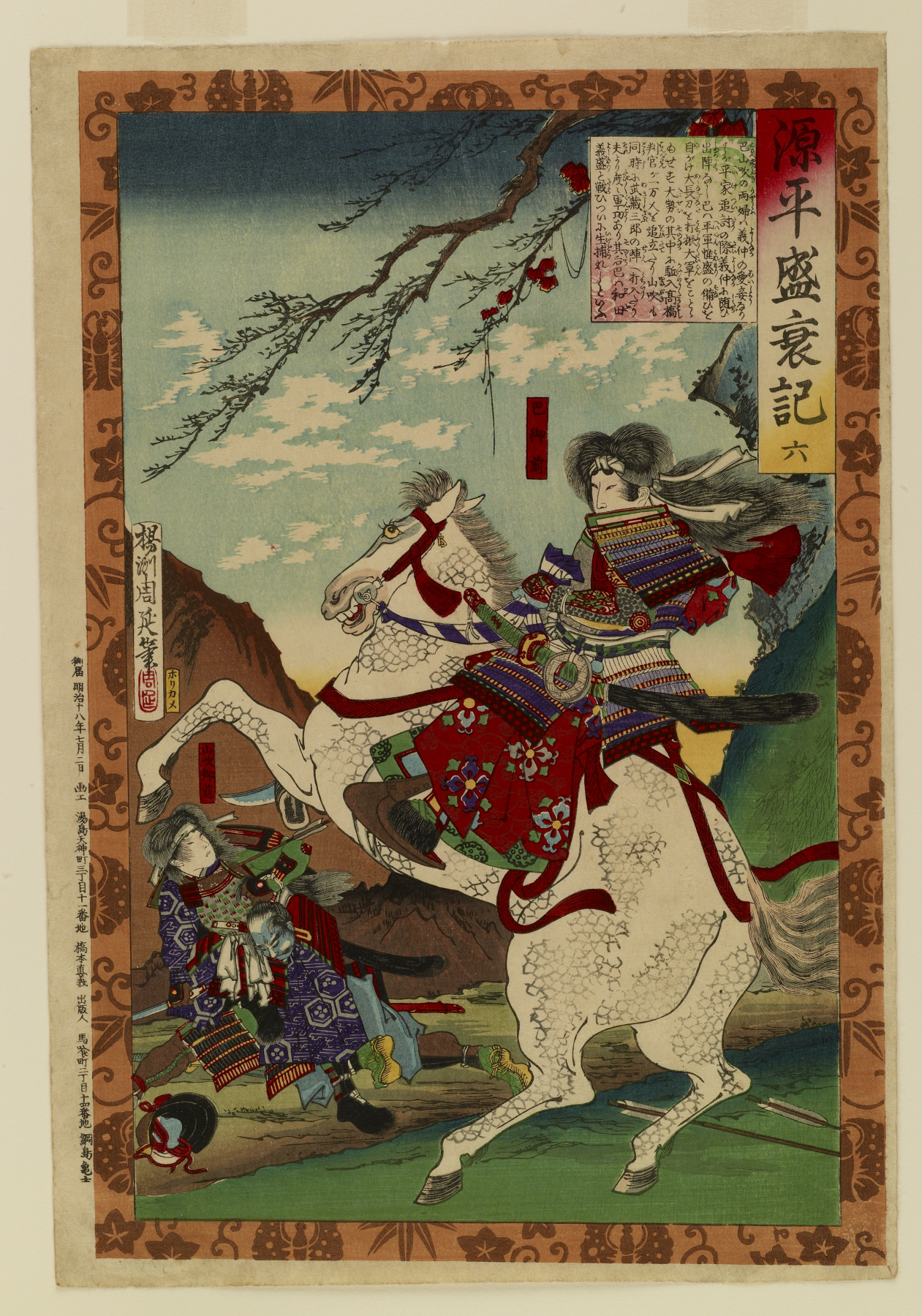 The beautiful and courageous Tomoe Gozen triumphantly rears back on her horse after severing the head of her enemy Morishige. As the warrior-mistress of the Genji leader Yoshinaka, she had fought many battles at his side, but this one, at Uji River (1184), was to be her last. It is said that following Yoshinaka's death Tomoe became a nun.