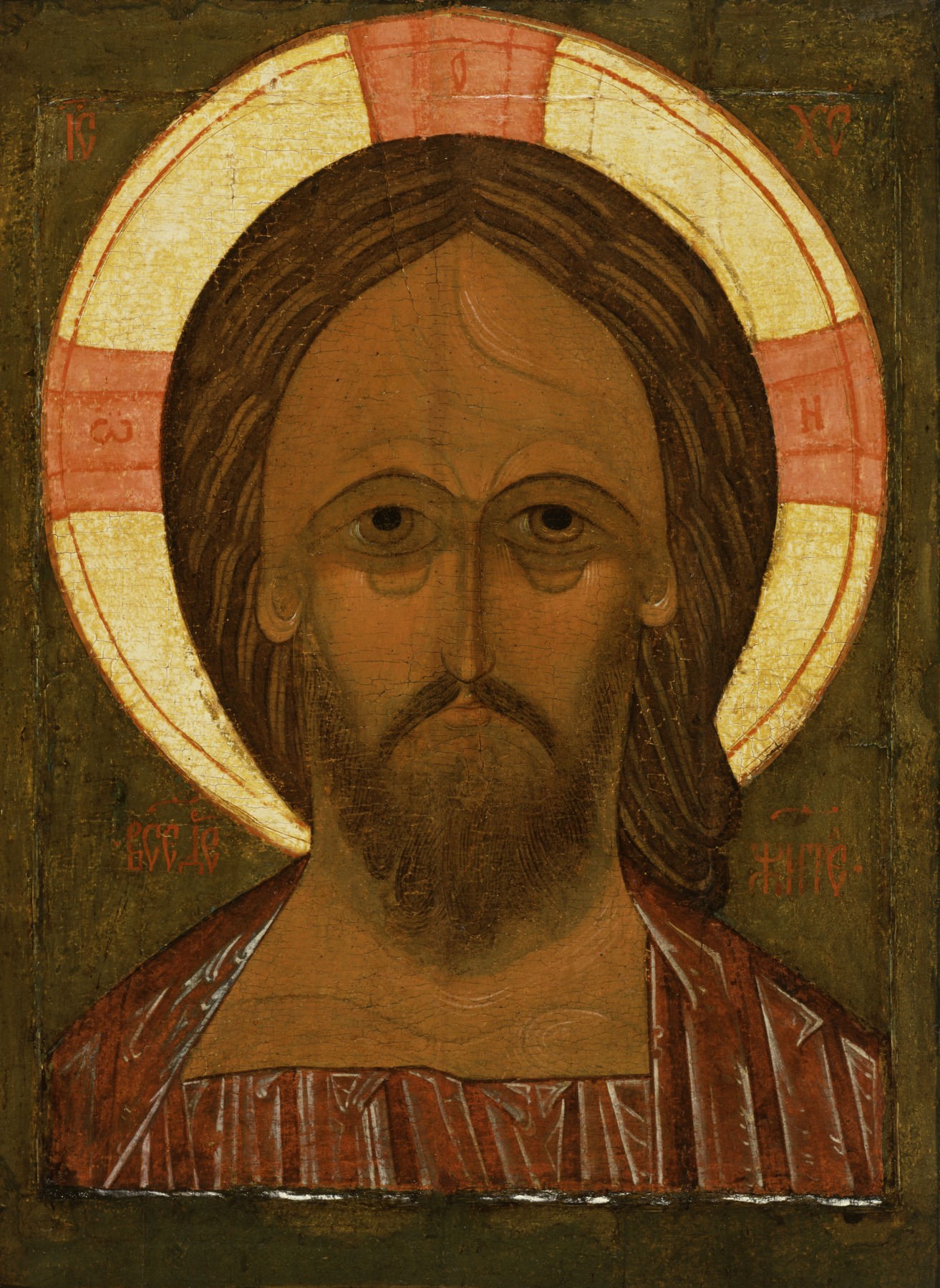 Such large, powerful portraits of Christ "Pantokrator" (almighty) were customarily displayed on the iconostasis, or icon screen, separating the lay people in the nave from the altar area of the church. The use of an iconostasis, as well as this type of portrait icon, were adopted from Byzantium. In style, however, the icon is distinctly Russian, with Christ's large, heavily shadowed eyes and straight, narrow nose contributing to a stern expression appropriate to his role as Judge and Ruler.