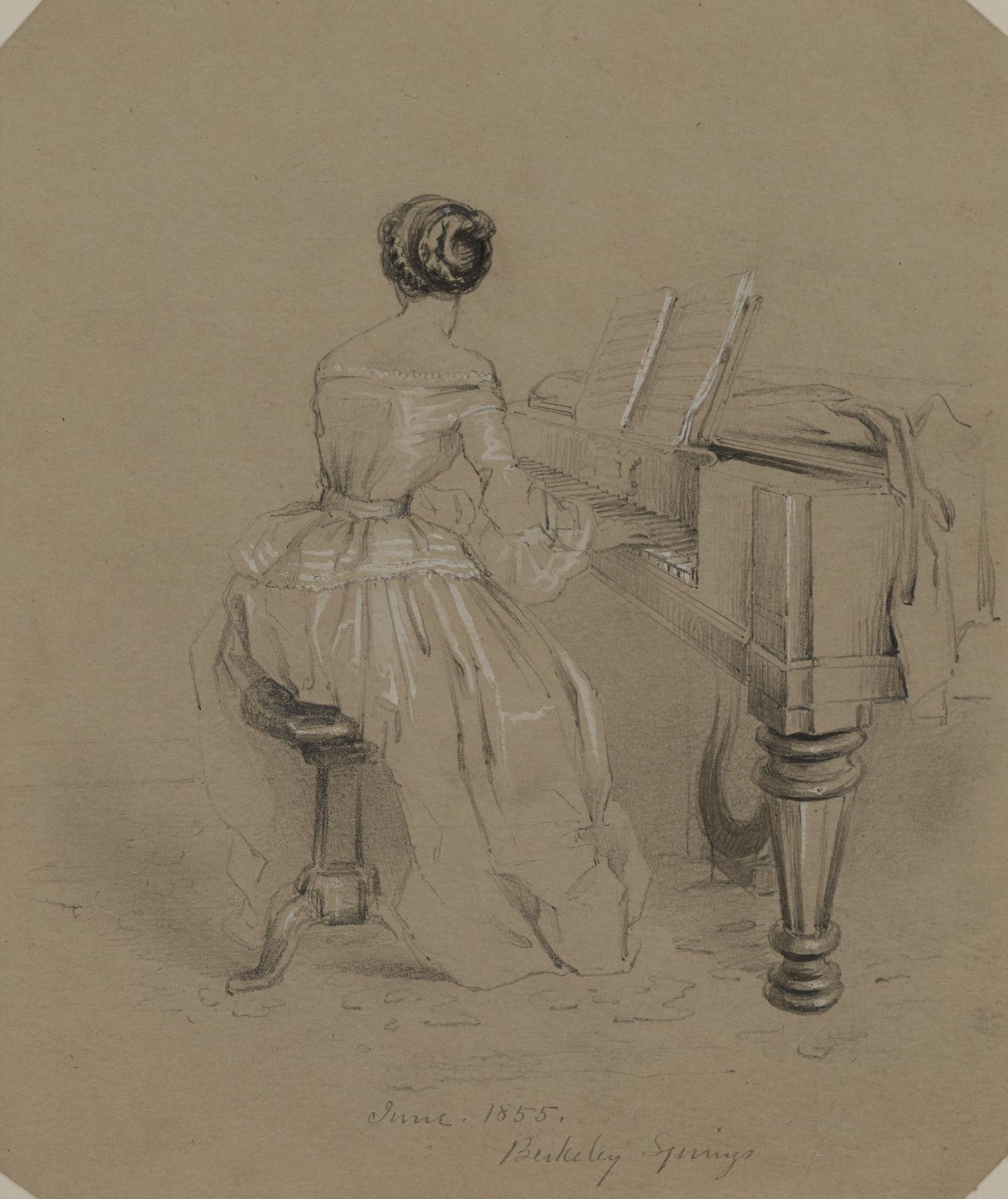 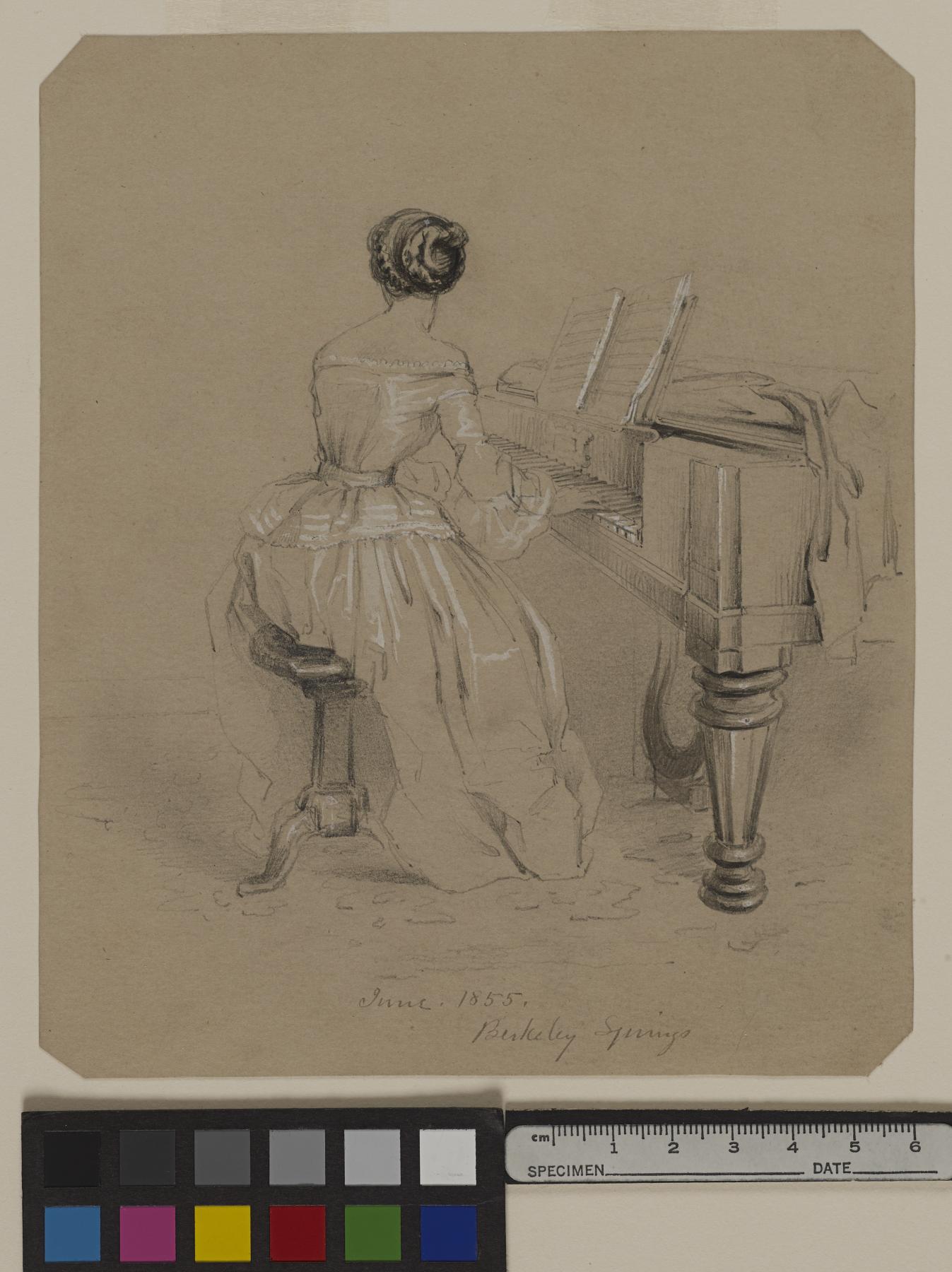 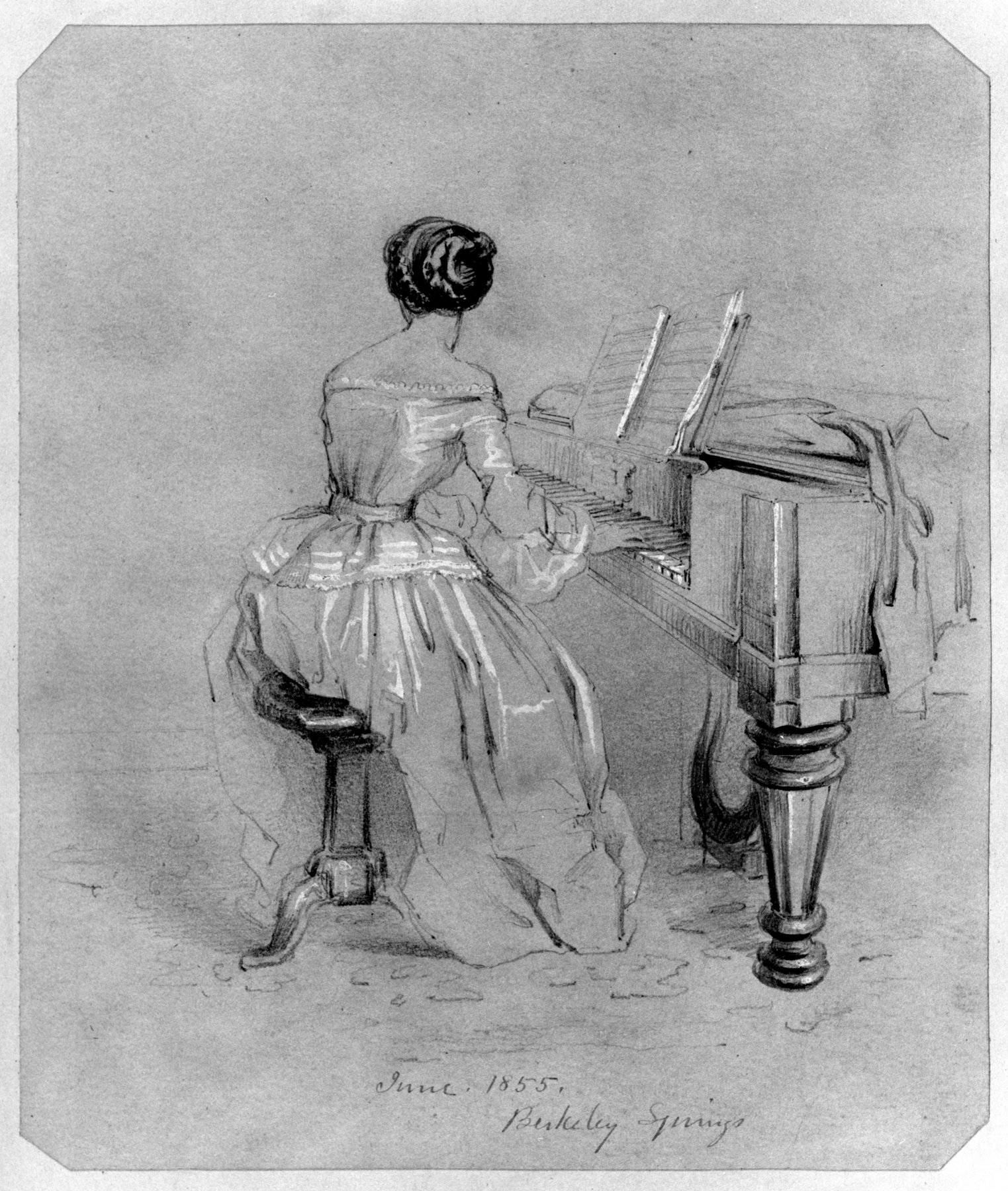 Mrs. Strother at the Piano

Strother, a native of Martinsburg, Virginia (now West Virginia), trained in New York and later in France and Italy. Returning to America in 1844, he spent a winter in Baltimore, and then settled in Martinsburg. Strother specialized in illustrations for books and magazines, most notably "Harper's Monthly."

This example is believed to show the artist's first wife Anne seated at a piano in the Strother family's hotel in Berkeley Springs. It served as a basis for a wood-engraving appearing in John Esten Cooke's novel, "Ellie," or, "The Human Comedy," Richmond, 1855.