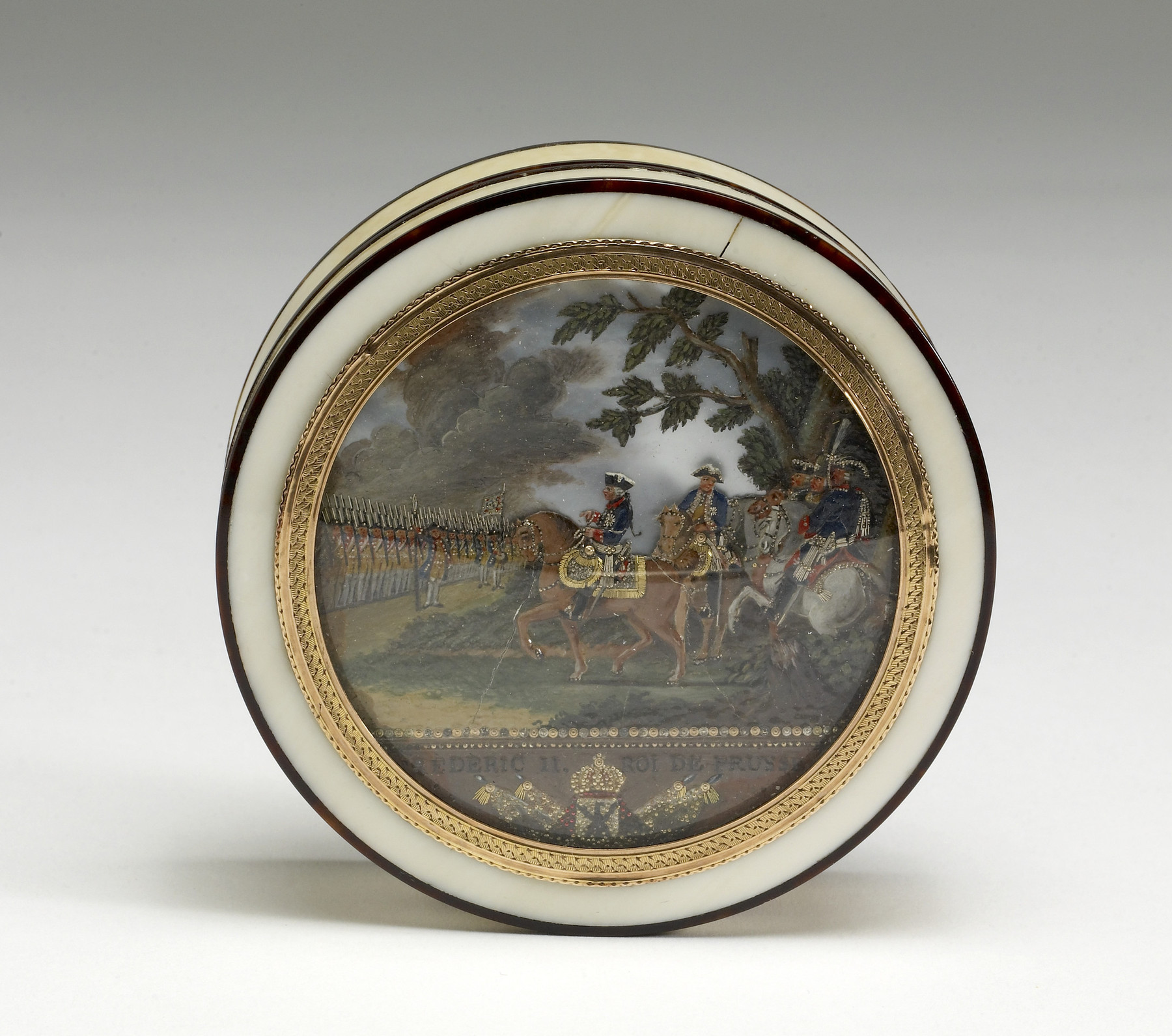 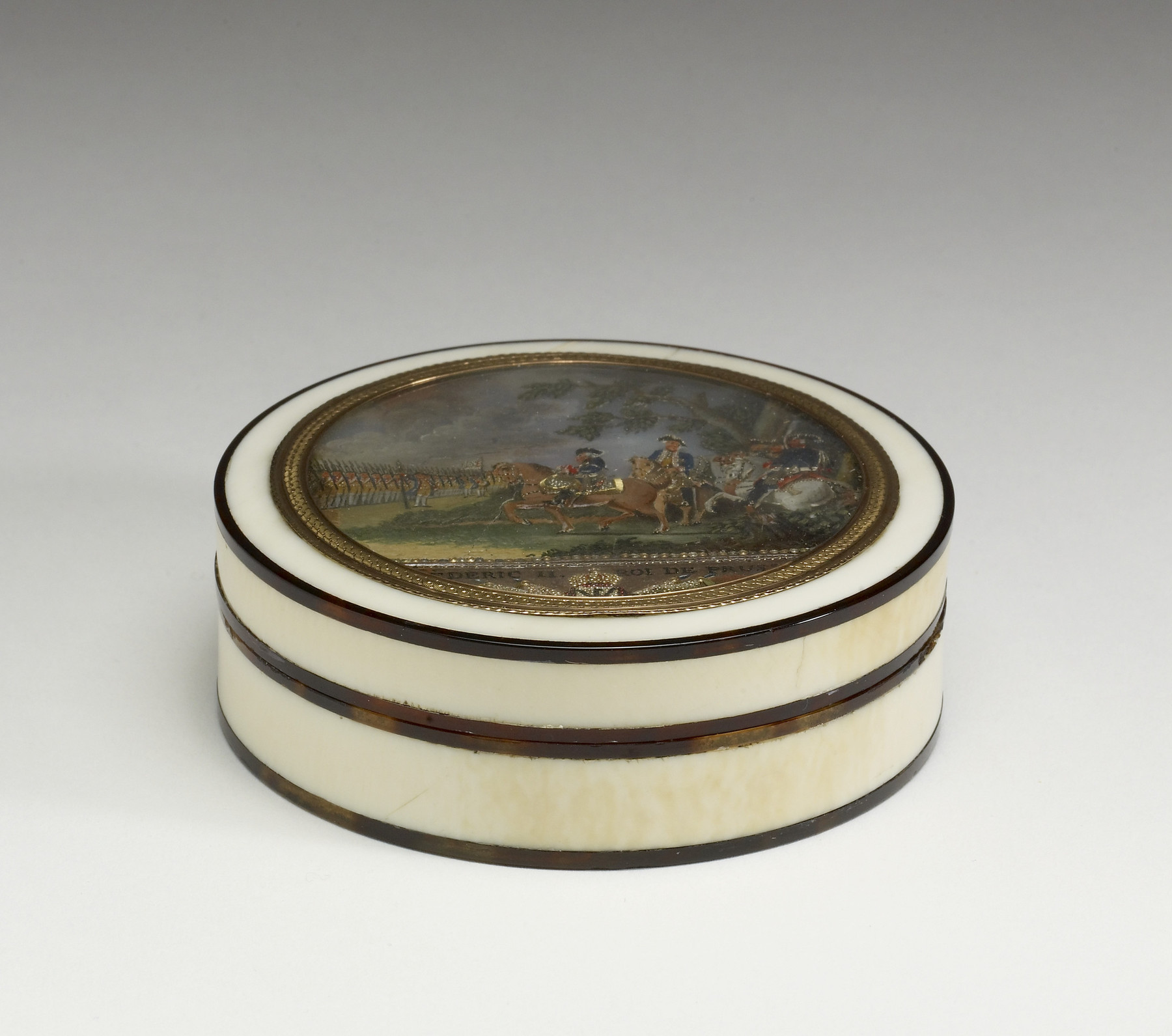 Snuffbox with Frederick the Great

The scene on the lid of this snuffbox is copied from a painting, dating from 1778, by the German painter and printmaker Daniel Nikolaus Chodowiecki (1726–1801) titled Frederick the Great Reviewing the First Battalion of the Mounted Guard Accompanied by the Prince of Prussia (Frederick Wilhelm II) and Generals von Ramin and von Zieten. A complicated figure, Frederick the Great was both a successful soldier and a great patron of the arts.