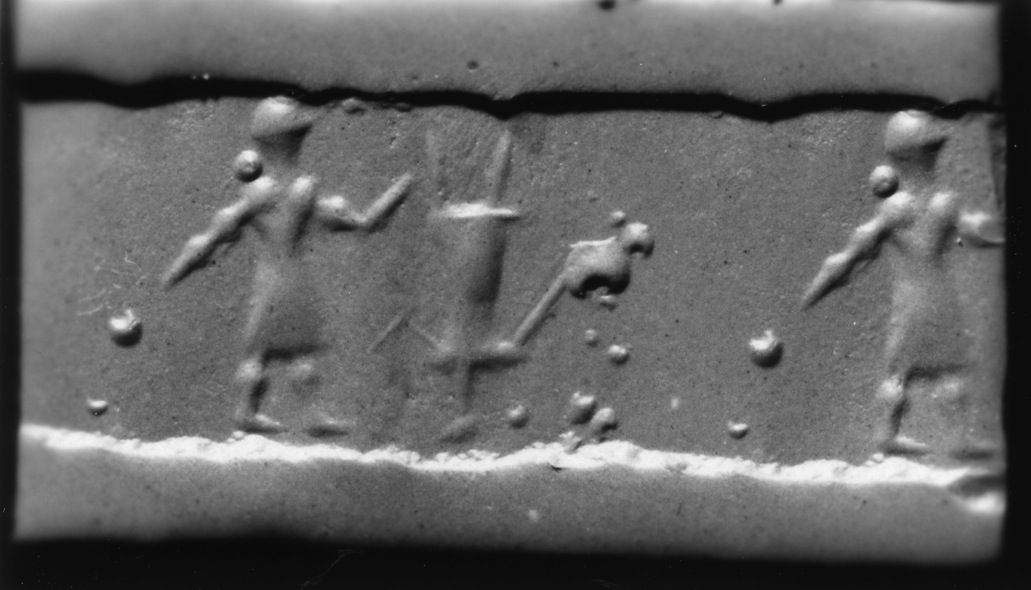 This seal features two standing figures, one upright and the other inverted. The carving is probably unfinished.