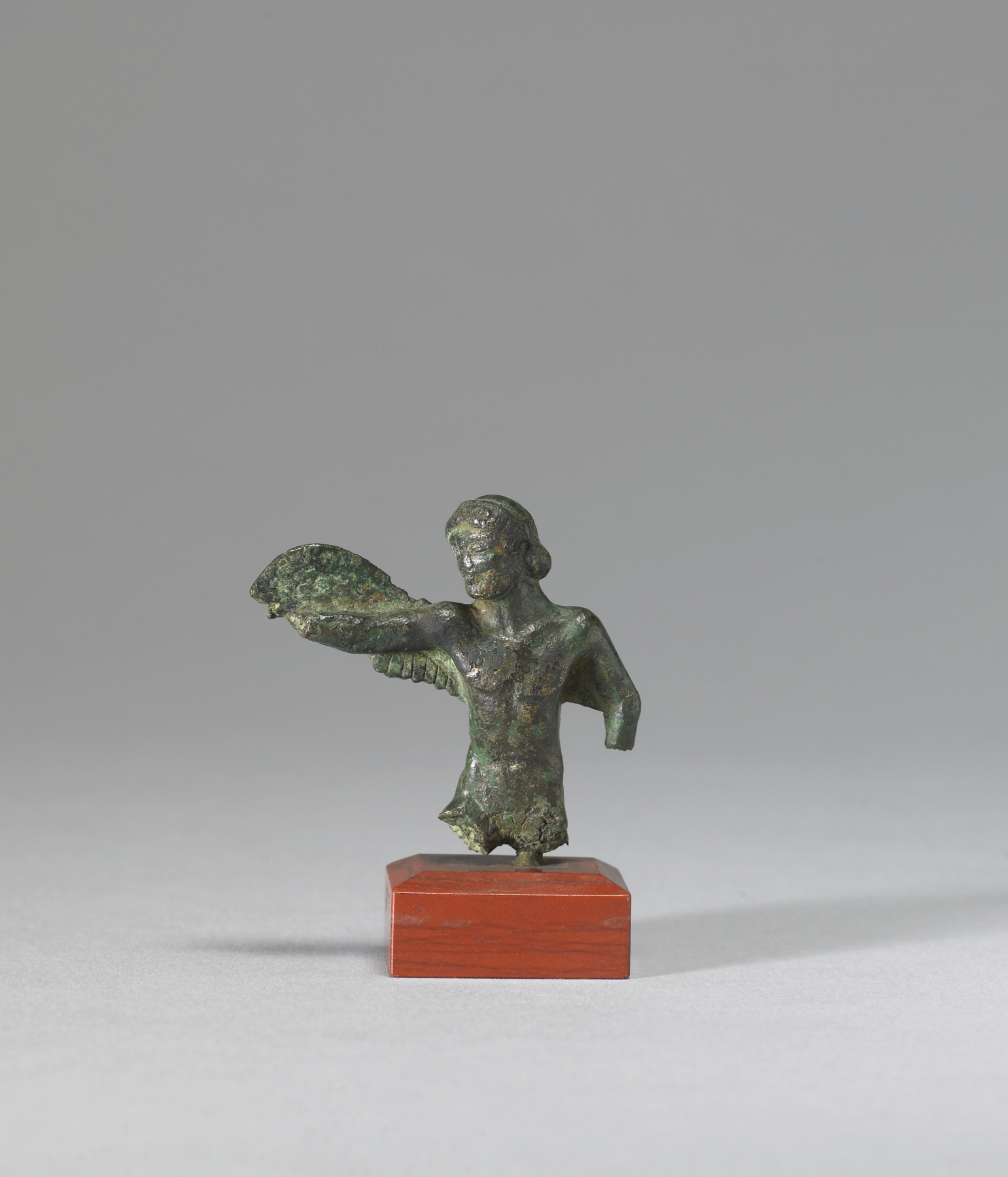 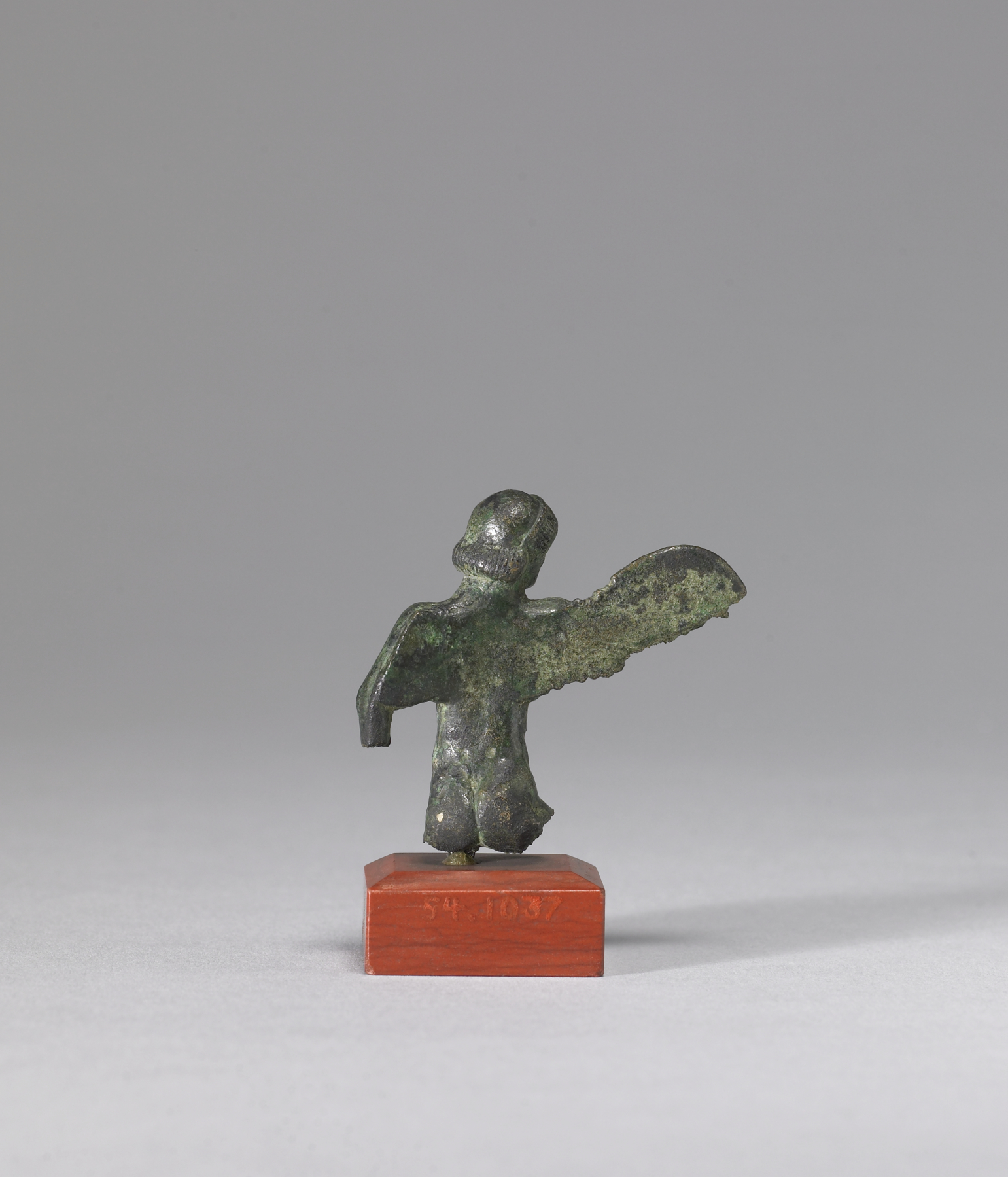 In an attempt to flee the island of Crete, the legendary inventor Daedalus fashioned wings of feathers and wax for himself and his son, Icarus. Disobeying the orders of his father, Icarus flew too close to the sun, which melted the wax, and he fell into the sea and drowned near an island named in his honor: Ikaria. The position of the figure's arms and wings suggest that Icarus is flying. The band on the upper right arm demonstrates how the wings are attached to his body.