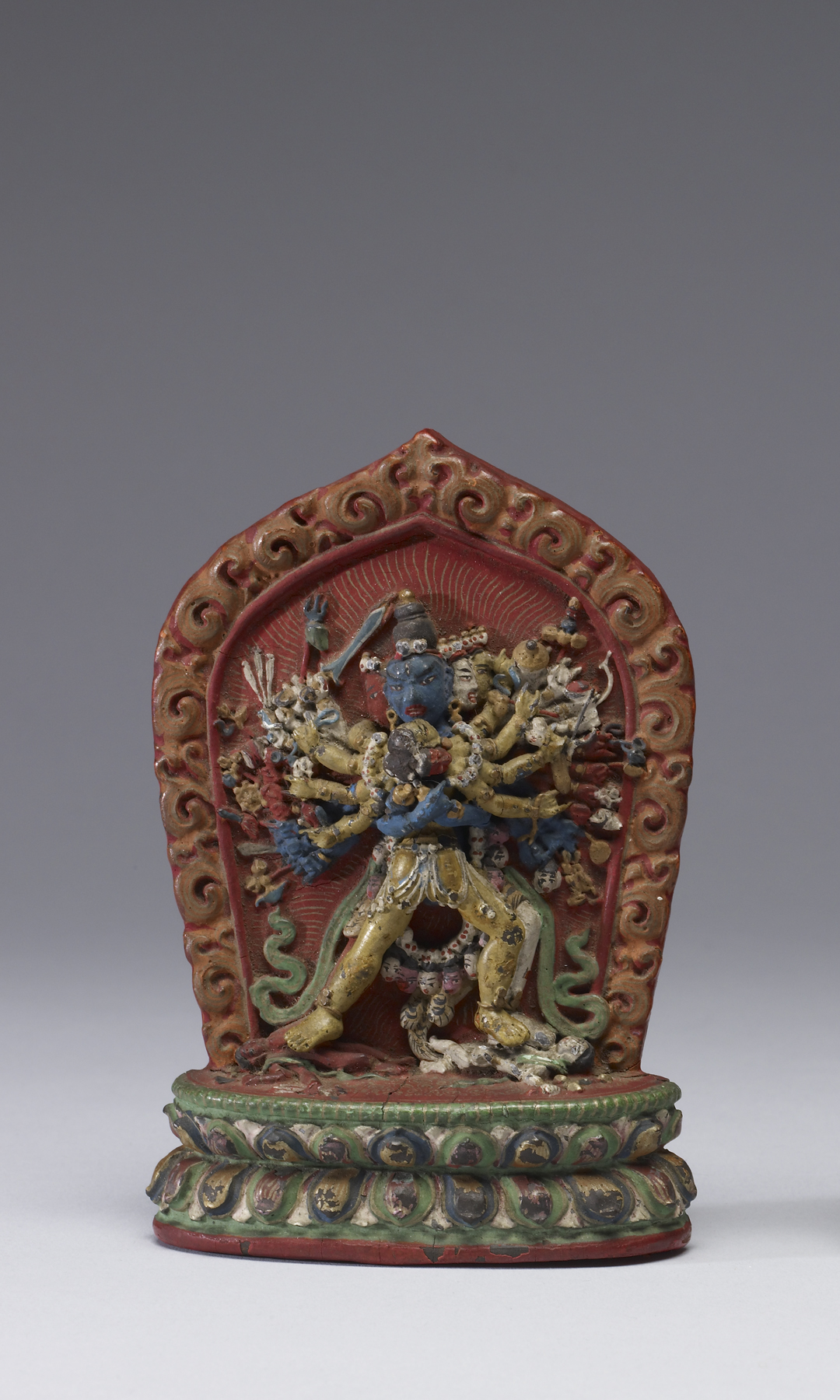 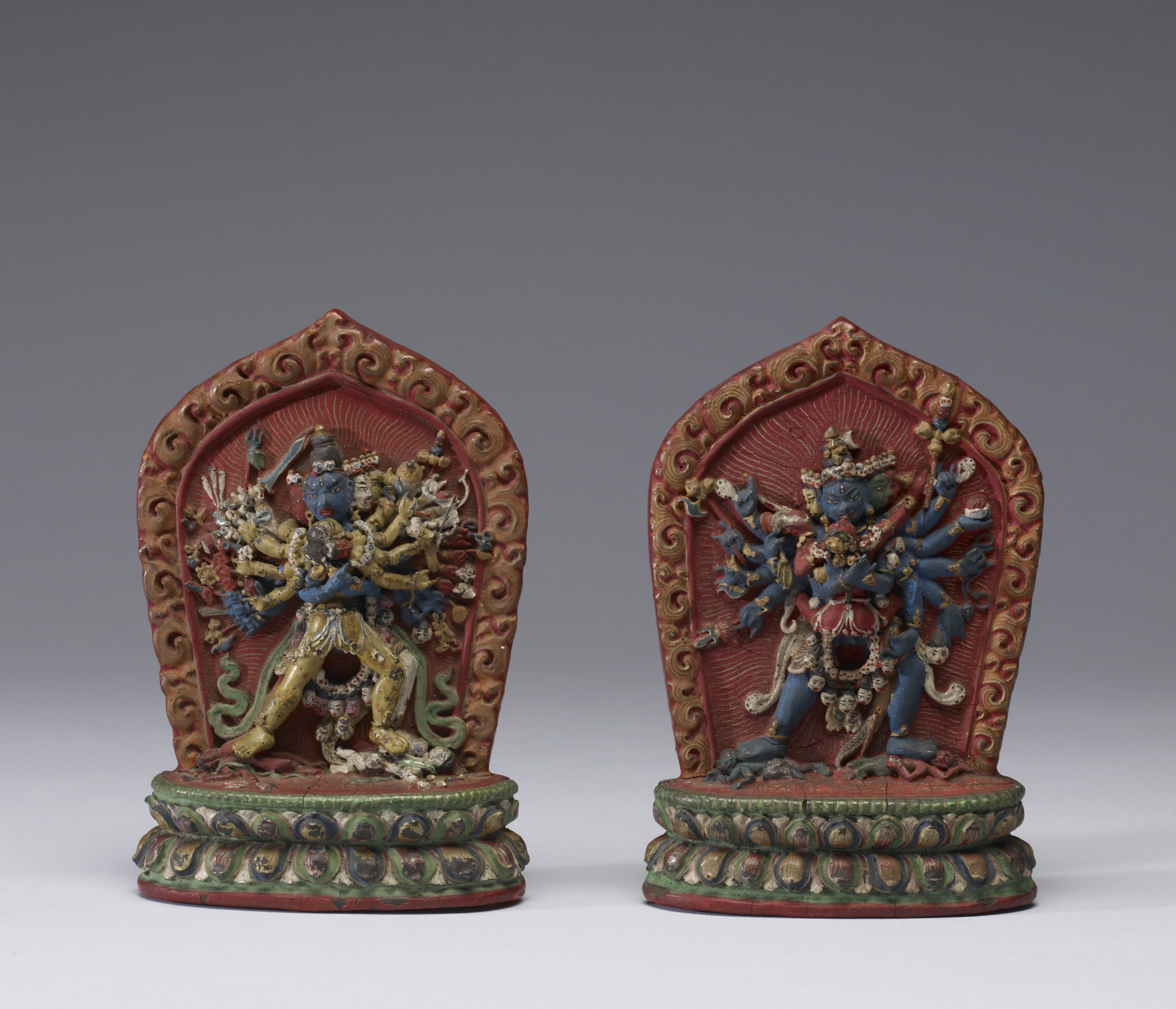 One of a Pair of Votive Plaques

Today we can appreciate the precise details and vibrant colors of these small clay plaques, but they were probably not made to be viewed. Rather, they would have been placed inside a commemorative monument known as a stupa, or within the foundations of another Tibetan Buddhist religious building. Called "tsha-tsha" in Tibetan, such plaques are usually made from molds and may be painted, gilded, or left unadorned. They enhance the power of the structure within which they are deposited and bring merit to those who donate them.

Each of these tsha-tshas depicts a pair of embracing deities. On the left is the male Kalachakra with his partner, the yellow Vishvamata, and on the right is Chakrasamvara with the red Vajravarahi. Both male deities embody compassion and skillful means, while the female deities embody transcendent wisdom. In Tibetan Buddhist thought, enlightenment–a state of omniscience accompanied by a release from desire, suffering, and rebirth–results from the union of these principles. These embracing deities therefore manifest the ideal of enlightenment, the most powerful attainment of all. 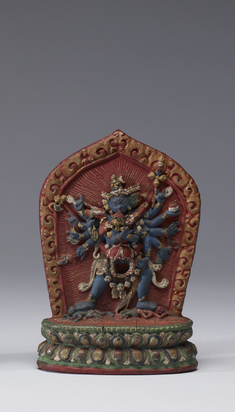 One of a Pair of Votive Plaques