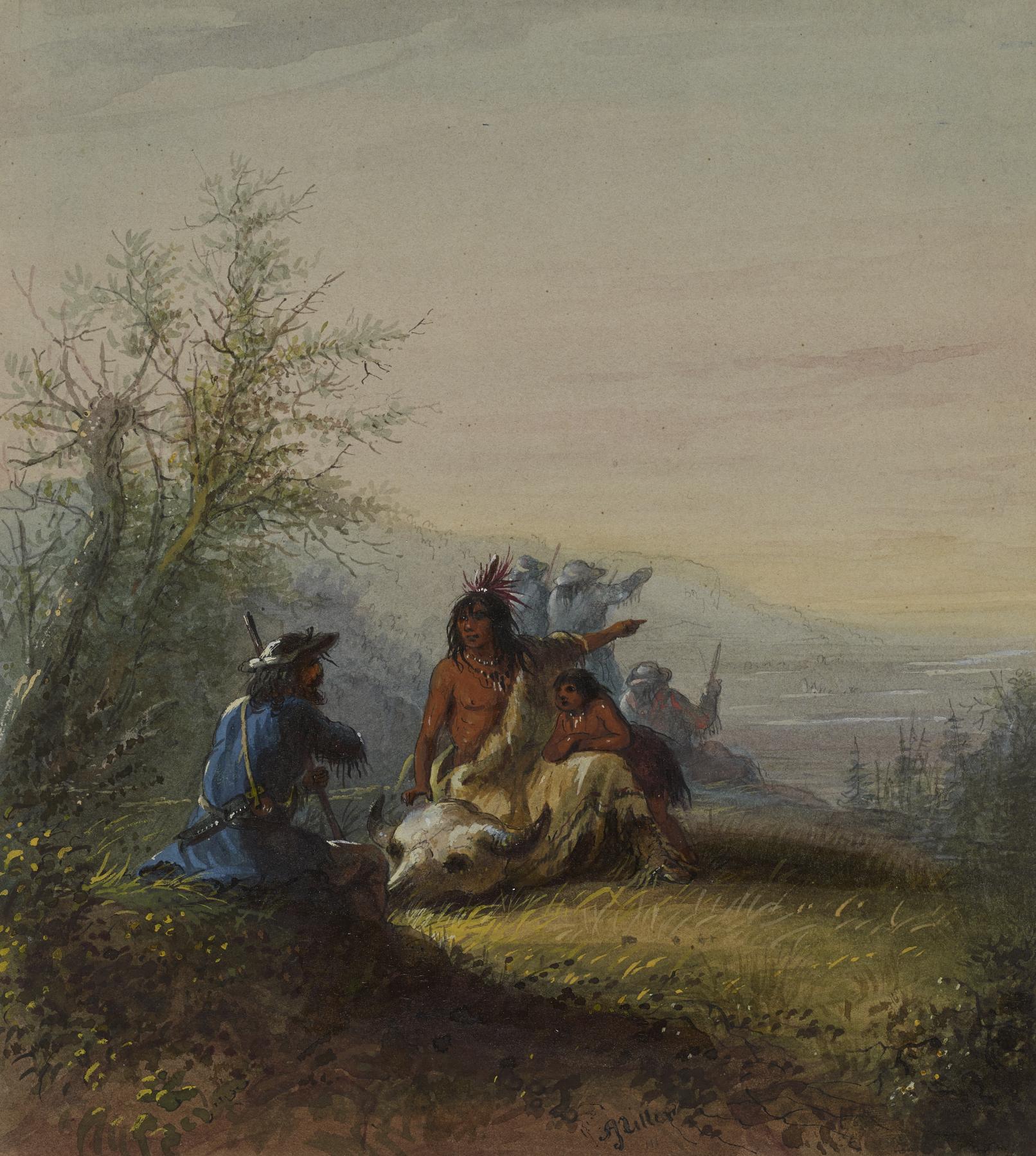 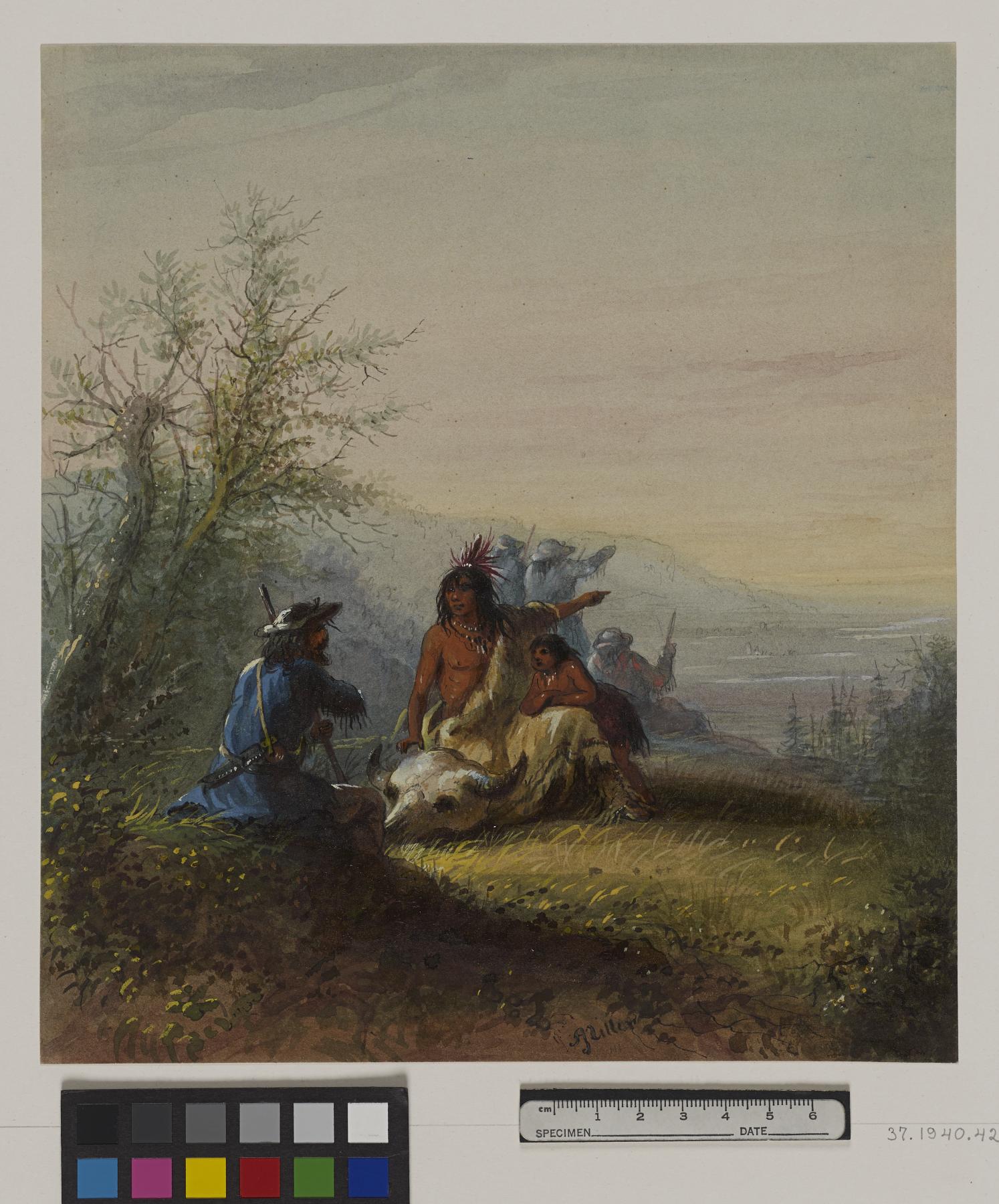 Group of a Mountaineer and Kansas Indian

"The Kansas Indians live pretty much now on the recollection of the past: -the future for them is entirely hopeless. Somewhat like the Beggars of Spain, who congregate about old ruins and amuse themselves by relating to the other legends of hidden treasures; - and former glories. This tribe reverts to a by-gone period, when game was plentiful around them, and the skilful use of their bows and arrows gave them an abundance of food for their lodges. In the sketch a Kansas Indian is recounting to a Trapper the remembrances of his youth, when the Buffalo in countless herds traversed the prairie, and wild horses in large bands were captured and converted to their use. All these have disappeared, and the only mementoes now left are the skulls of Buffalo lying about the prairie and bleaching in the sun. They are in receipt of Government annuities, but from several causes these are injurious to them. In a few, very few years, they will be swept from the face of the earth, and the places that now know them shall behold them no more-forever." A.J. Miller, extracted from "The West of Alfred Jacob Miller" (1837).