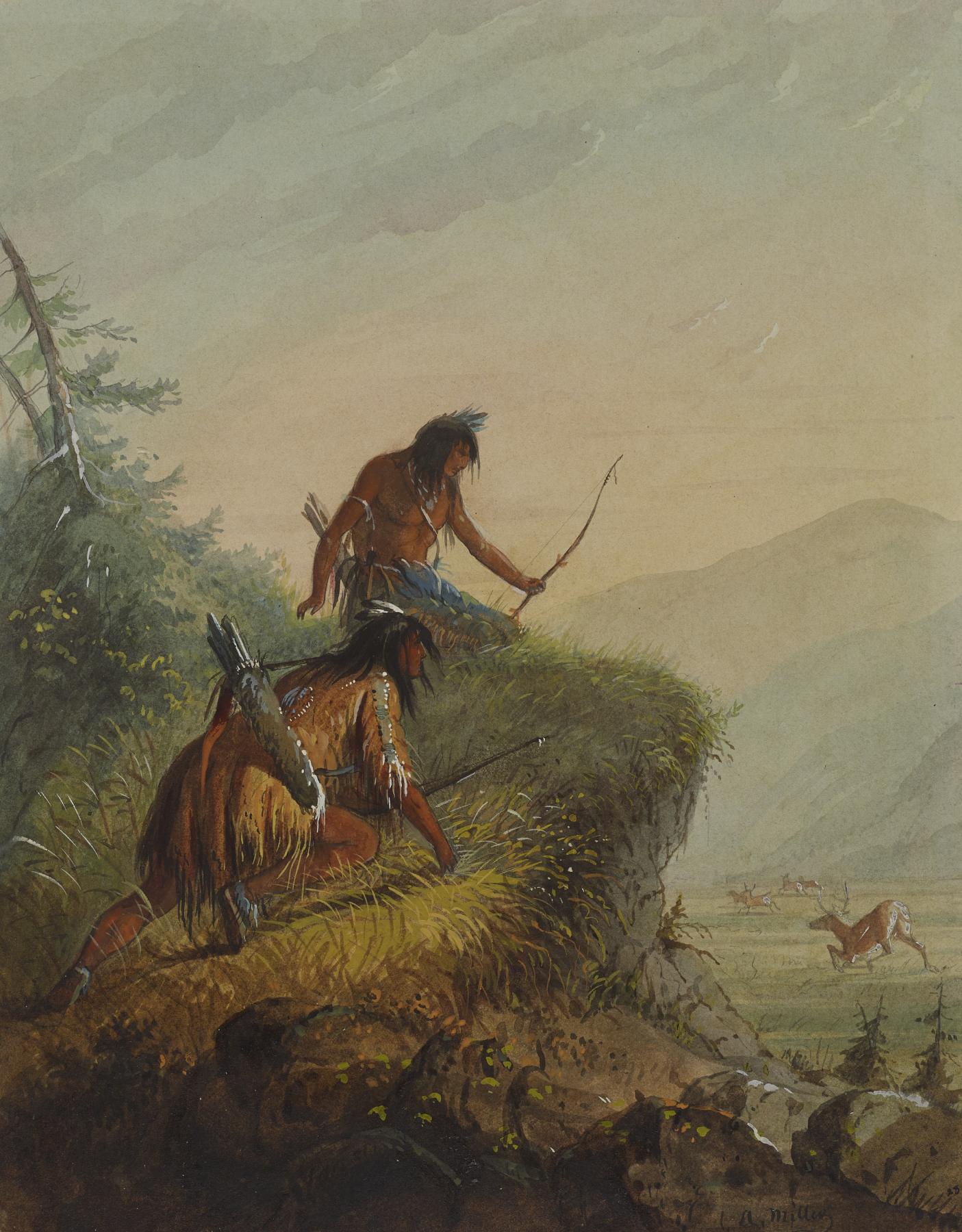 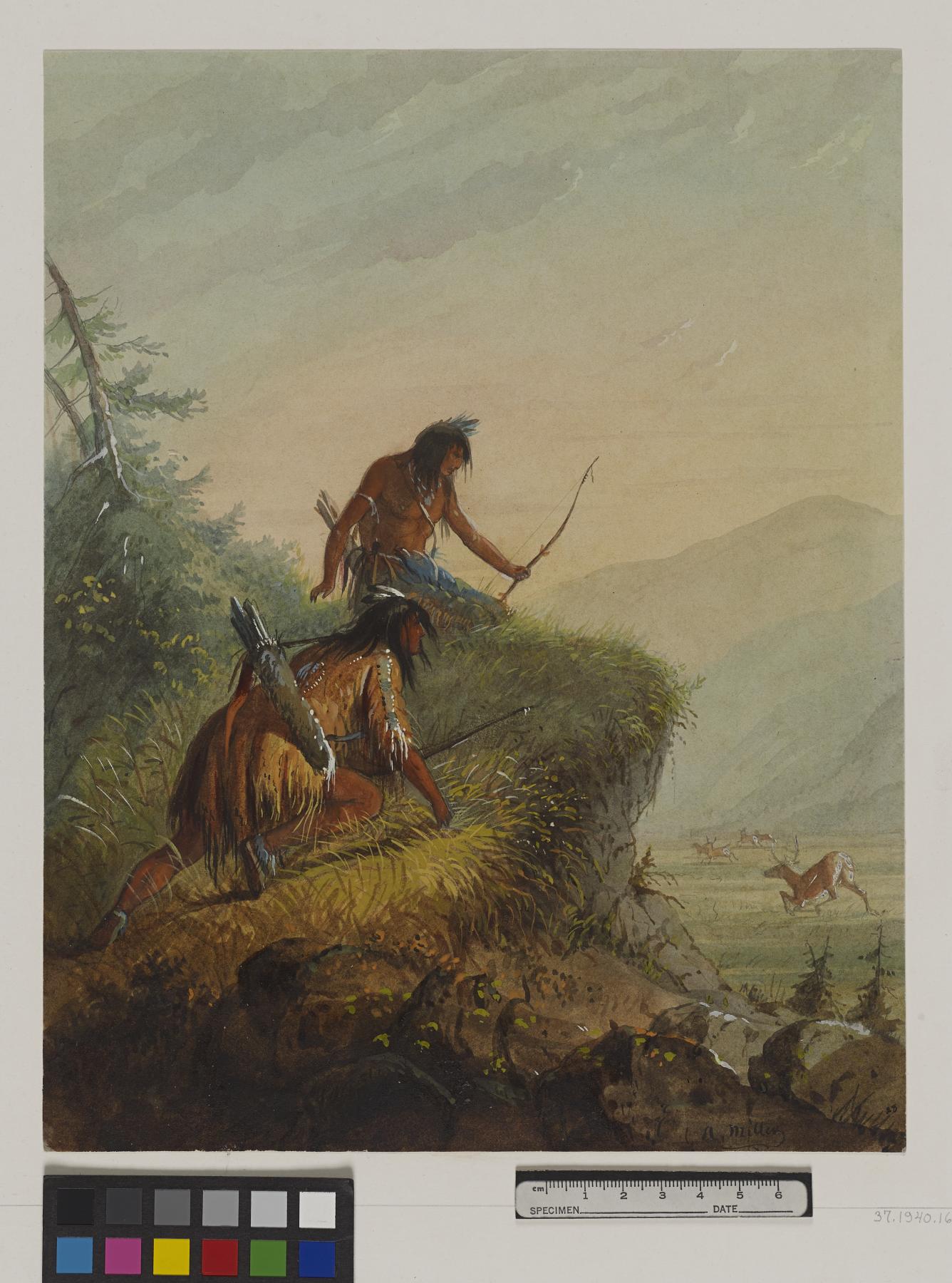 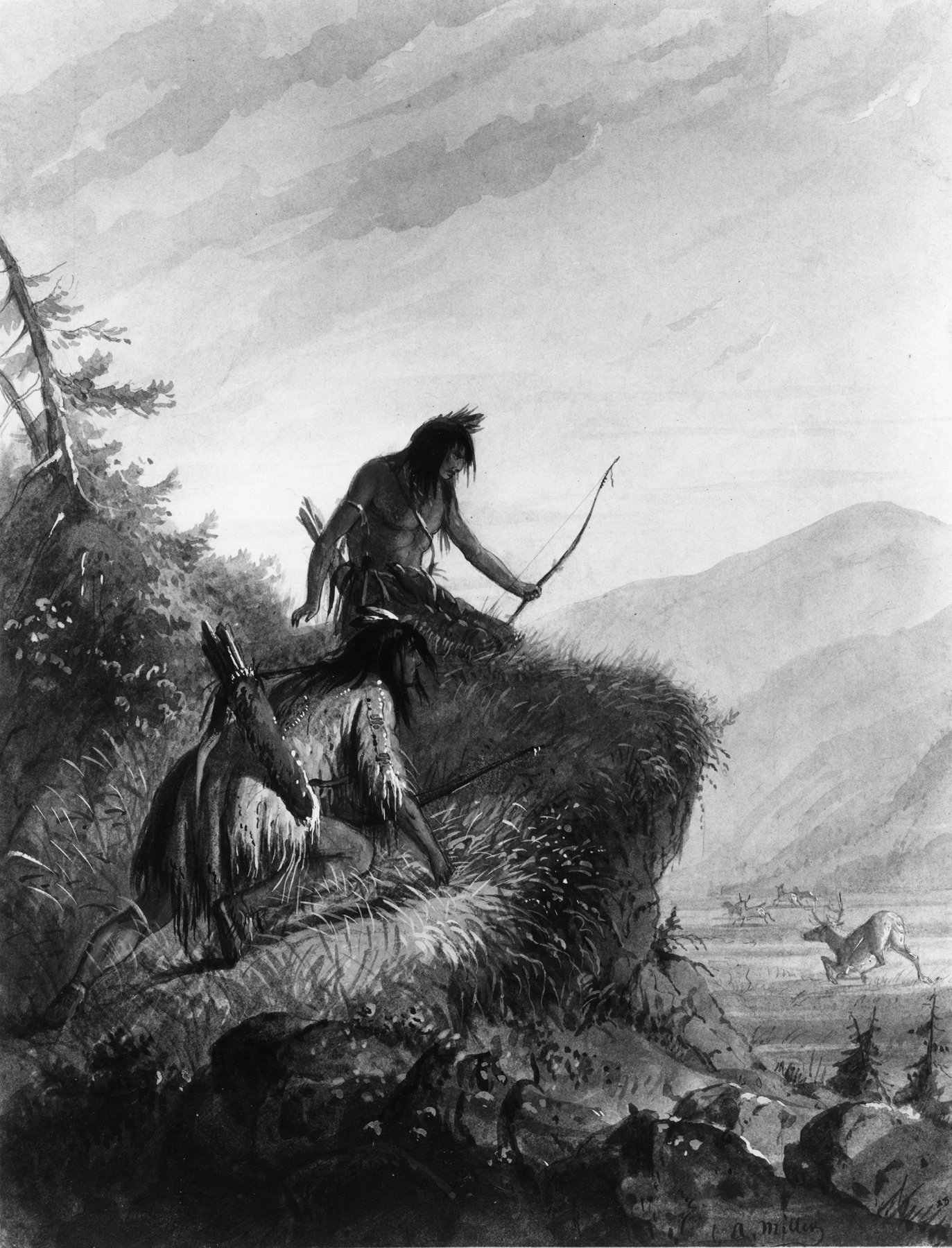 "Creeping with the stealthiness of a cat towards his prey, perfectly understanding the nature of the animal he has to deal with, watching his chances with great patience and perseverance, added to this his experience and subtlety, make the Indian a most successful hunter, - the game too is worth all the trouble, the Elk being of the dimensions of a large-sized mule. The meat, although somewhat coarse, is excellent when the animal is in good order."
A.J. Miller, extracted from "The West of Alfred Jacob Miller" (1837).