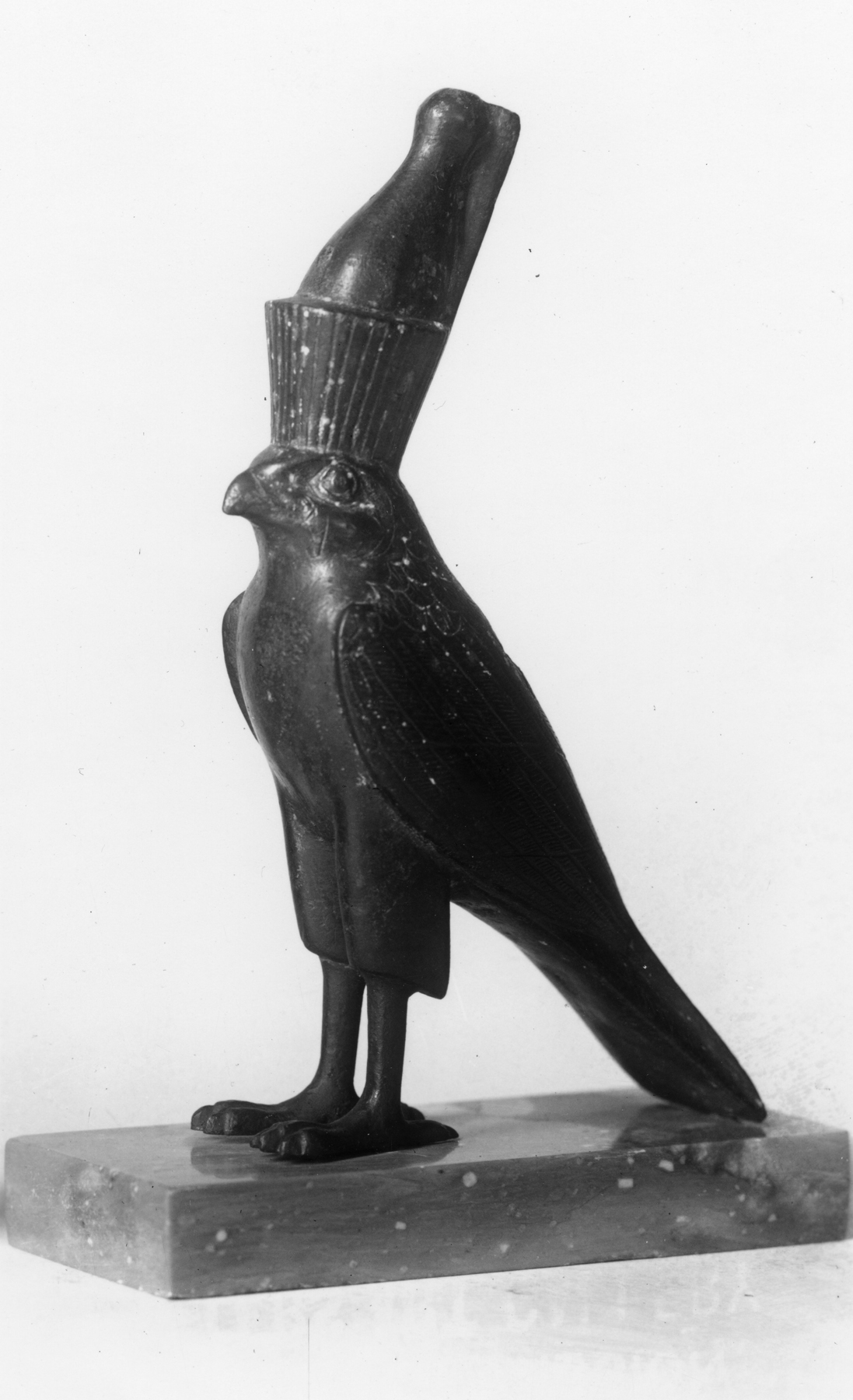 Statuettes of hawks were popular in Ancient Egypt from the earliest times. Most of them were related to Horus, the god of kingship and deity of the sky. This figure has the double-crown of Upper and Lower Egypt on the head. The base of the piece is lost; it would have been inscribed with the name of the god and donor.

X-rays of this piece reveal an interior hollow space (marked by a sealed cover on the underside of the bird) containing the bones of a bird, presumably a temple-raised hawk. This made the statuette an effective representative of its donor.