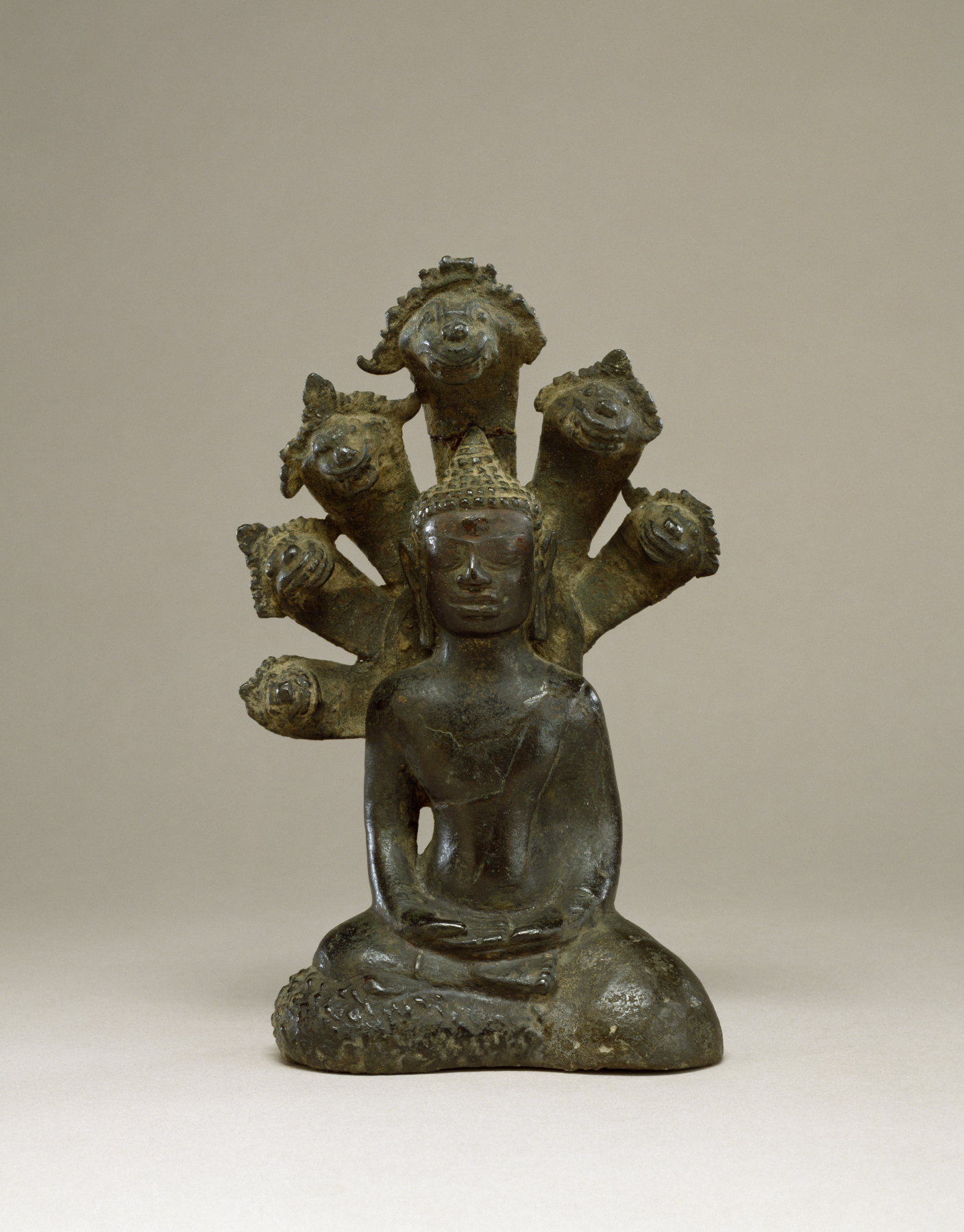 In the 10th century, Cambodian political expansion disrupted Dvaravati traditions, and the open eyes of this Buddha give it a Cambodian look. It was also in the 10th century that the naga-protected Buddha became established as an important type of image for the Buddhists of Cambodia. The naga may have represented a power that could carry one's soul to heaven following death.