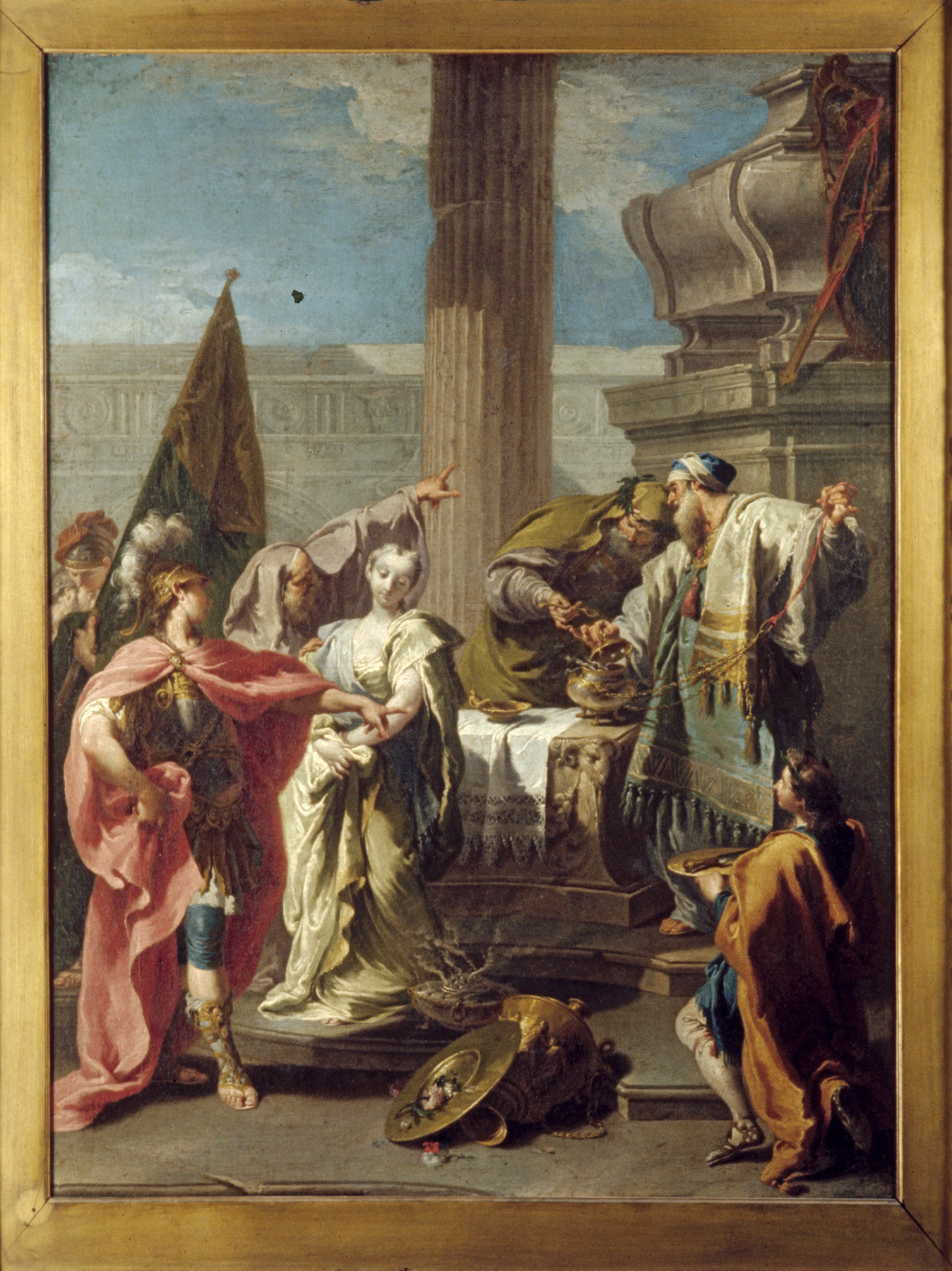 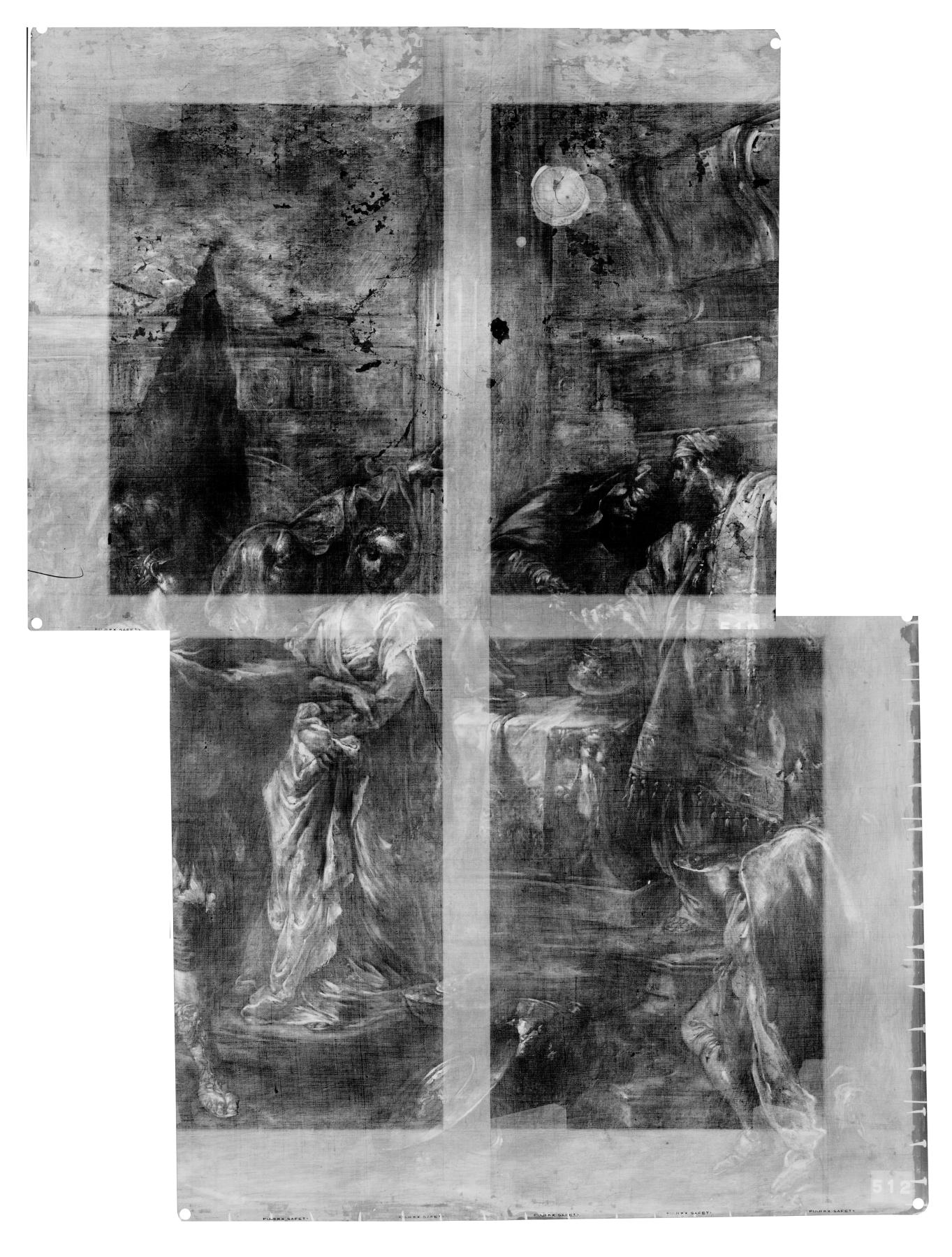 The Sacrifice of Polyxena at the Tomb of Achilles

The tragic moment depicted is from the end of the Trojan War. According to legend, the ghost of the Greek hero Achilles demanded that the Trojan princess Polyxena be sacrificed at his tomb. Achilles's son, with the feathered helmet, is leading the sacrifice. According to the Roman poet Ovid, Polyxena "kept her look of dauntless courage until the end." In visualizing this passage, the painter has depicted the young woman with a sorrowful yet dignified expression that conveys her bravery in the face of death.

The ballet-like elegance of the figures is characteristic of 18th-century Venetian history painting, as is the delight in exotic elements, such as the costumes and ritual objects of the pagan priests.