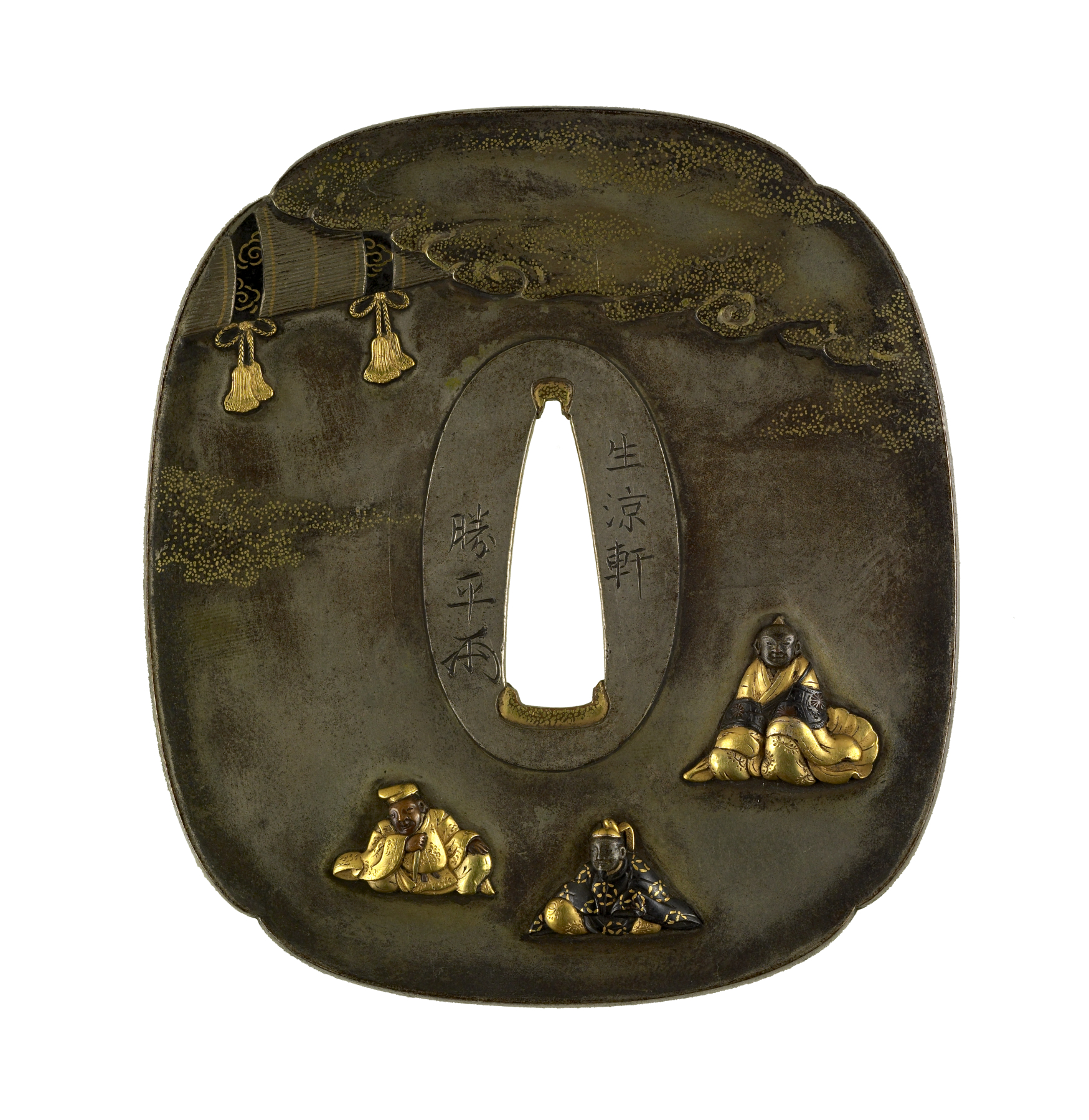 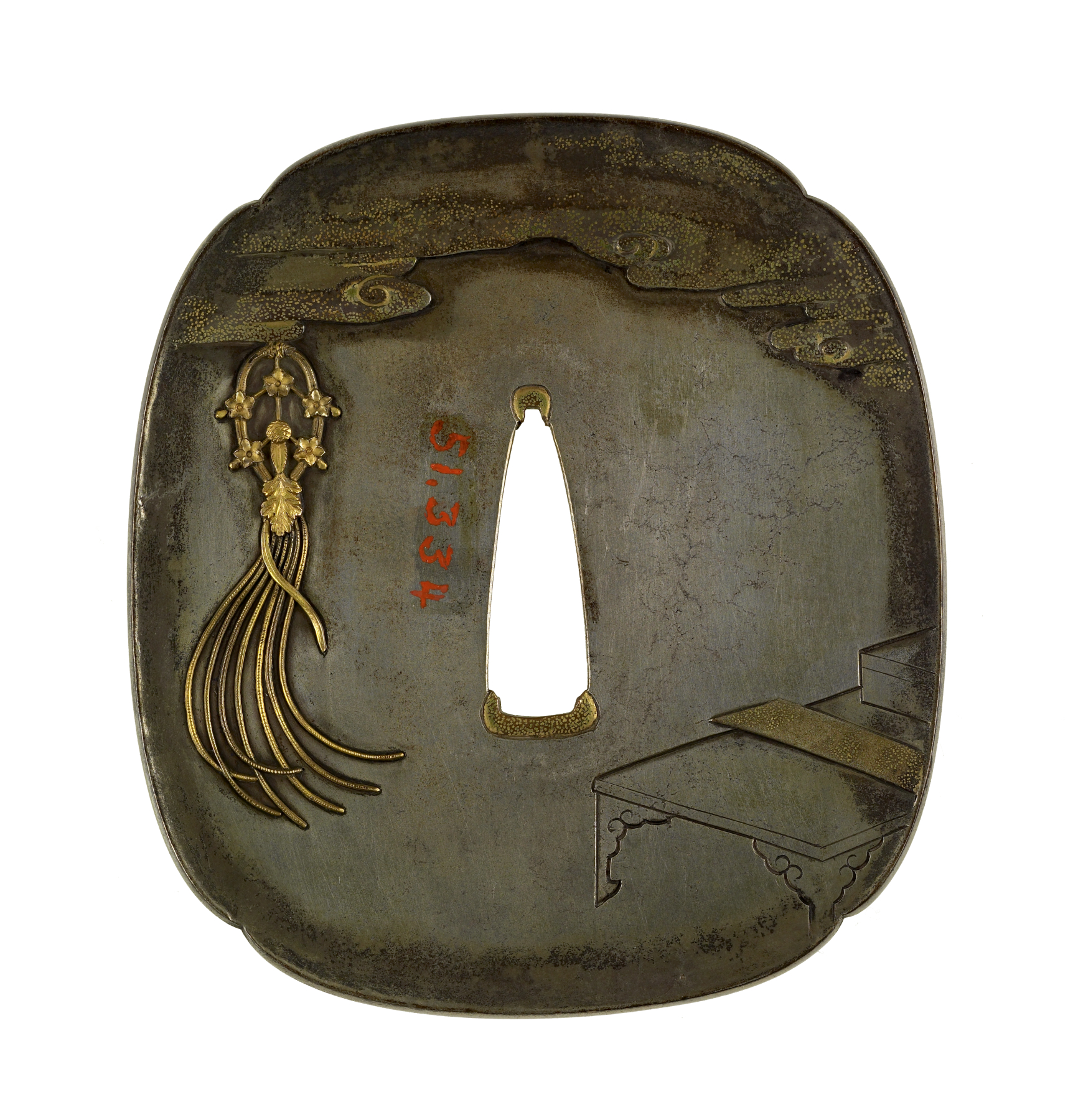 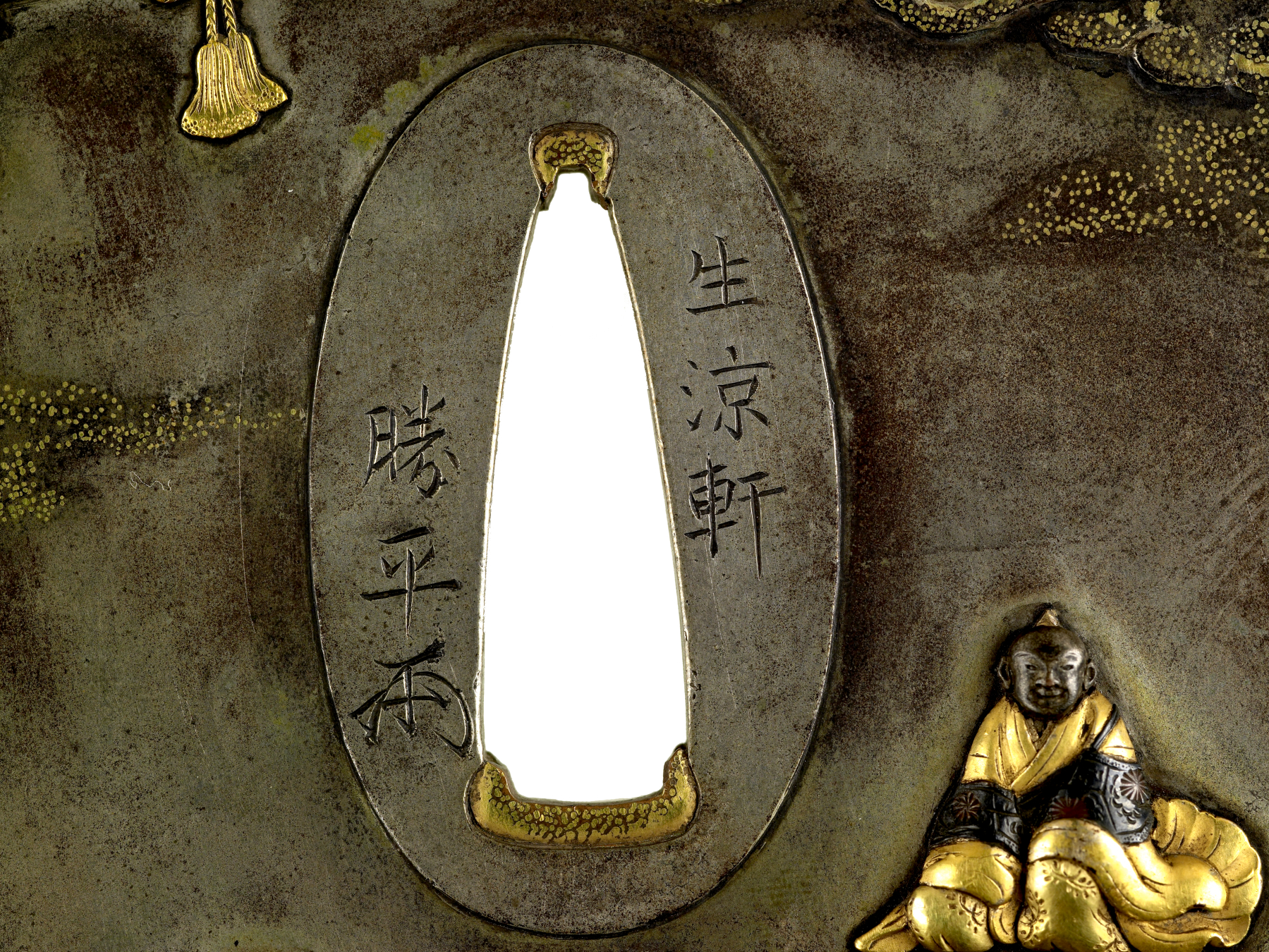 The three men seated along the bottom of this tsuba are dressed in the style worn by the classical Heian period court (794-1192). The attributes on the reverse side of the tsuba suggest that they are poets. Those objects are a writing desk, a box on the desk, a floral decoration, and a long strip of paper used for poems known as a "tanzaku." At the upper left on the front is a rolled blind like those used in aristocratic households during the Heian period. Clouds with gold flecks decorate the upper portion of both sides. The smallest grouping of famous classical poets is six. This tsuba may have been made as a pair with another tsuba that together would have depicted the six poets.