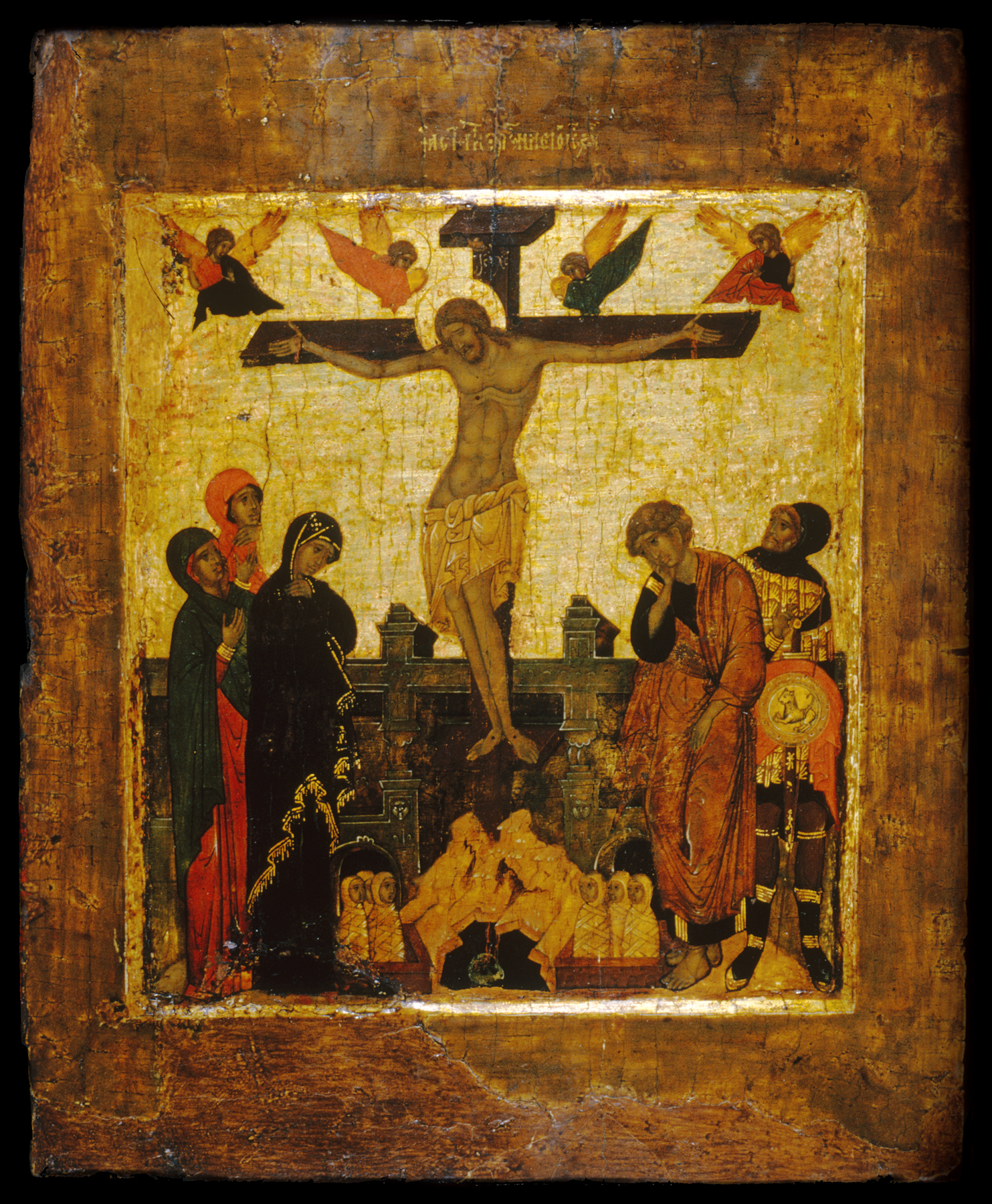 This delicately painted icon shows Christ's Crucifixion before the walls of Jerusalem. A detail rarely included in Crucifixion scenes is the resurrection of the dead, portrayed here as tightly wrapped corpses, after Matthew 27:52: "The tombs also were opened, and many bodies of the saints who had fallen asleep were raised." According to tradition, this resurrection occurred immediately after the blood of Christ had dripped onto Adam's skull which had been buried at Calvary. The back of the panel carries an image of the instruments of the Passion (cross, spear, and reed), surrounded by inscriptions.