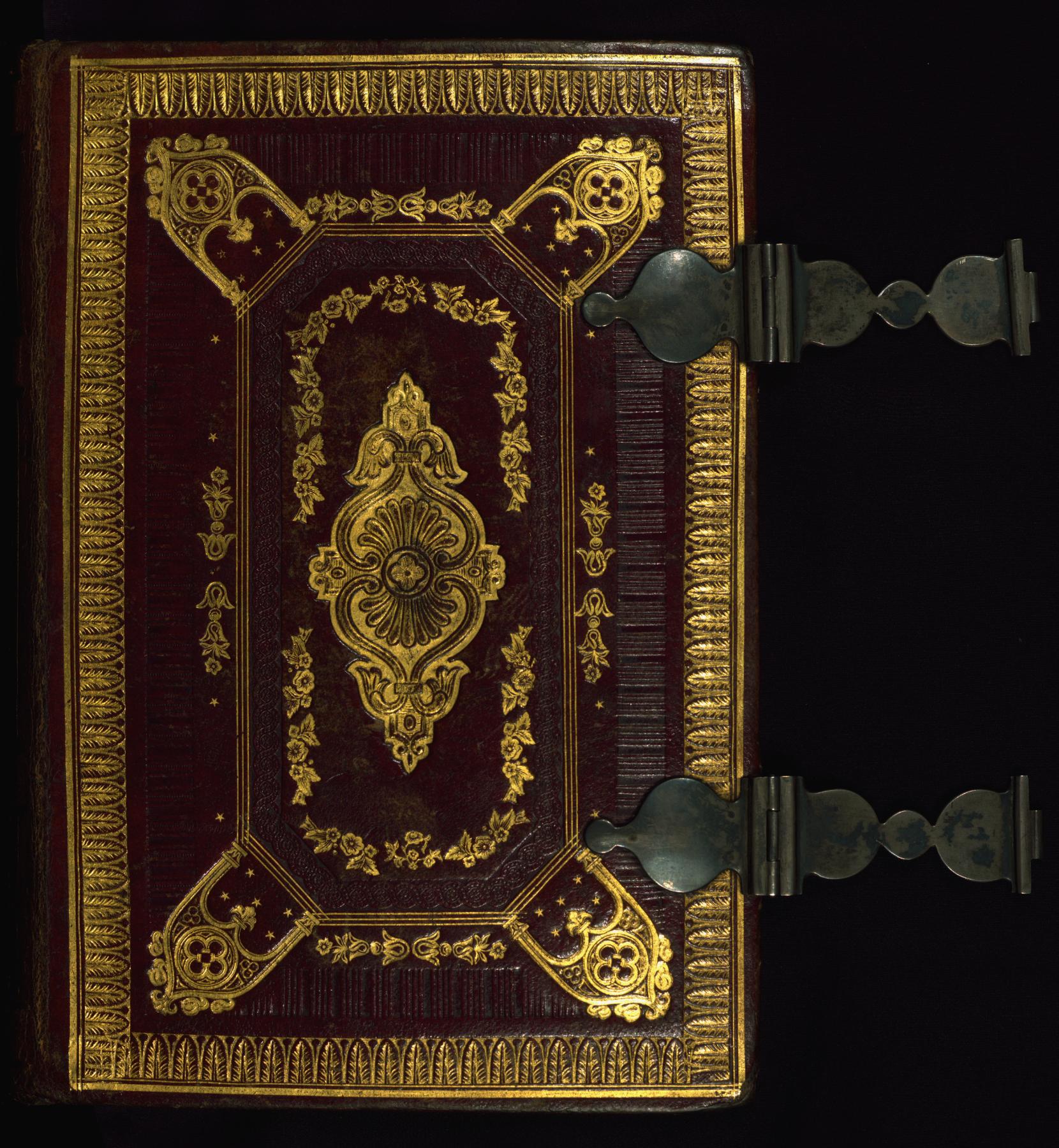 This book of hours was produced ca. 1510-1520 for a member of the Catalonian Almugavar (or Almogaver) family, whose coat of arms appears throughout the manuscript in the borders of the lavish full-page miniatures. There are twenty-six full-page polychrome miniatures (three are missing), of which six were removed from the original quire structure after portions of the miniatures were excised, and then returned to the manuscript, having been pasted onto heavy card-stock folios. There are also eighteen full-page incipits, of which three include historiated vignettes, and numerous folios with elaborate floral motif borders. A significant number of feast days associated with Barcelona help reinforce the Spanish attribution of the manuscript, although the style of the decoration is clearly influenced by contemporary Flemish design. 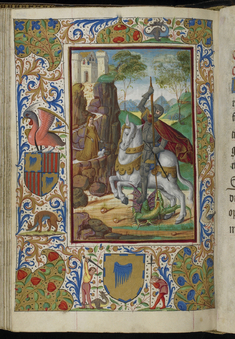 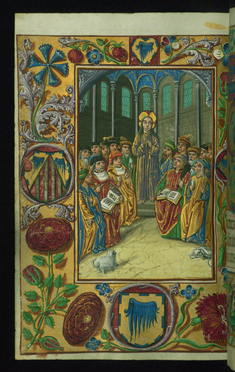 Leaf from the Almugavar Hours: Christ amoung the Doctors and a Decorative Border with Flowers and a Coat of Arms