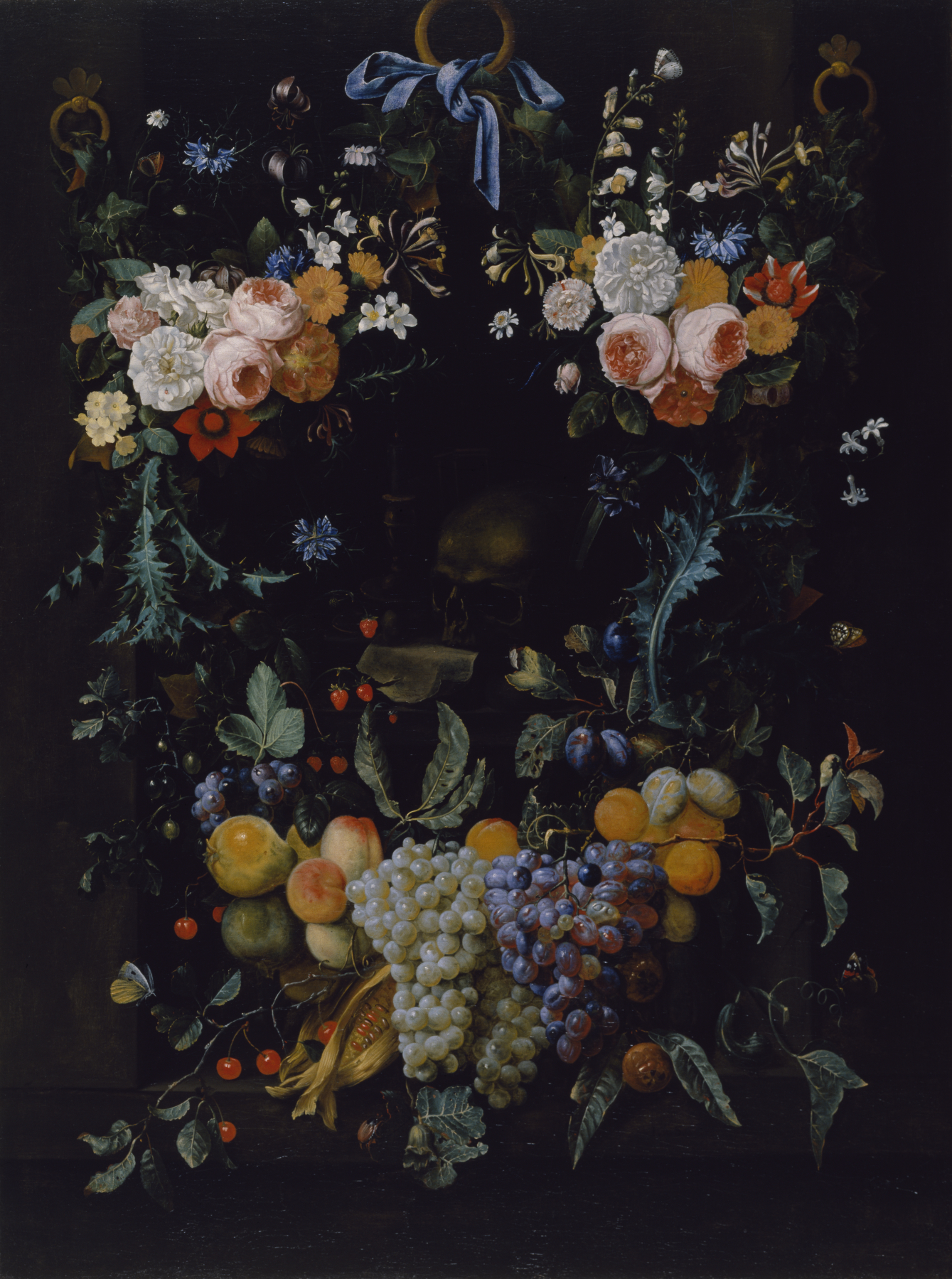 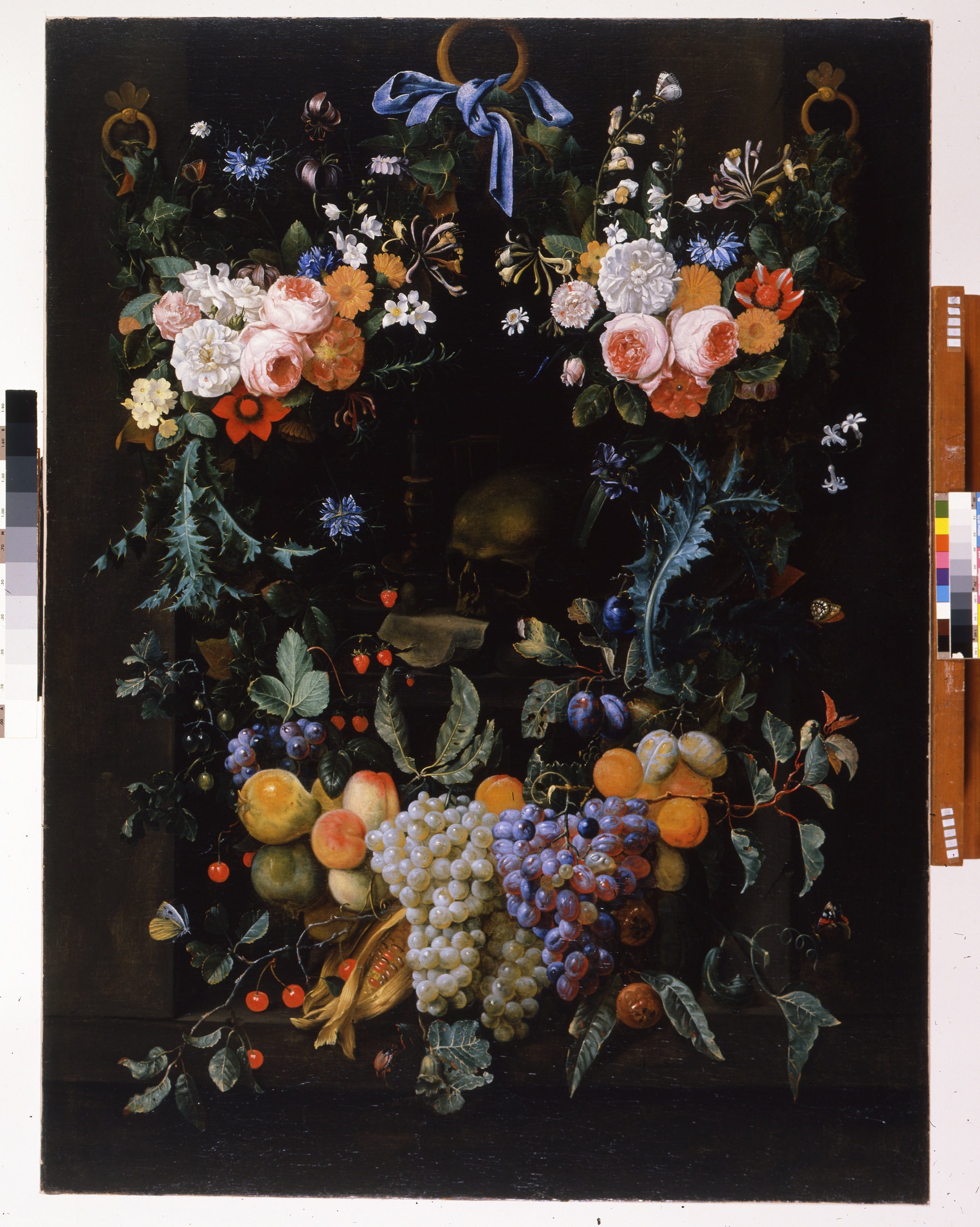 In Flemish 17th-century painting, elaborate garlands of sensuous, fragile blossoms at the height of their beauty and fruit ripe to the point of bursting—all inviting our touch before their inevitable decay—were often depicted framing spiritually significant images. Jan Brueghel (1568-1625), a master of flower painting (as in the flowers he contributed to The Archdukes Visiting the Collection of Pierre Roose), developed this type for compositions focused on the Virgin, but it was taken up by others including Daniel Seghers (1590-1661) and Hieronymus Galle I (1625-1679).
Here garlands frame and complement a still life of objects underlining the brevity of human life: a skull, a burning candle, and an hourglass. The human skull had long been a subject for Flemish painters, as in St. Jerome Meditating on a Skull from the workshop of Pieter Coecke van Aelst; indeed many devout Chrstians in the 1600s kept a human skull for their own devotions, as the Human Skull in the Collector's Study. The combination of a skull with the candle and hourglass encourages a meditation on the miracle of Christ’s Resurrection and its promise of eternal life to the faithful. Obviously the skull was too much for one past owner, as it was painted out at some point in the past, only to be revealed in 1988 through technical examination and cleaning. Along with fruits and flowers including roses, grapes, cherries, and thistles, as well as butterflies and a beetle, Van Son has included an ear of corn, a New World addition to the European diet.
Van Son was baptized in Antwerp on September 24, 1623. On the basis of a comparison of style, Van Son is supposed to have studied with the still life painter Jan Davidsz. de Heem who had come to Antwerp from Utrecht in 1636. Van Son then became a master in the Antwerp painters' guild of St. Luke in 1643. Like de Heem, he specialized in fruit pieces, either laid out in seductive display on a table or in wreaths or garlands surrounding a niche such as here. This cartouche format (as here) was favored by the artist in the 1650s. The layout in the Walters' piece of a garland incorporating flowers above and fruit in the lower half can be compared to a much smaller painting (56 x 40 cm) attributed to the artist in the Museum Boijmans Van Beuningen, Rotterdam. In that painting the niche contains a roemer (style of drinking goblet) of wine thus referencing the Christian Eucharist.
The artist's brilliant observation brought him fame and he had several followers including his son Jan. Inscribed at the lower right on the ledge is "I. van Son fecit". Click here for further analysis of this work in the "Chamber of Wonders" installation, as well as bibliography.

[Inscription] At lower right on ledge: I. van Son fecit