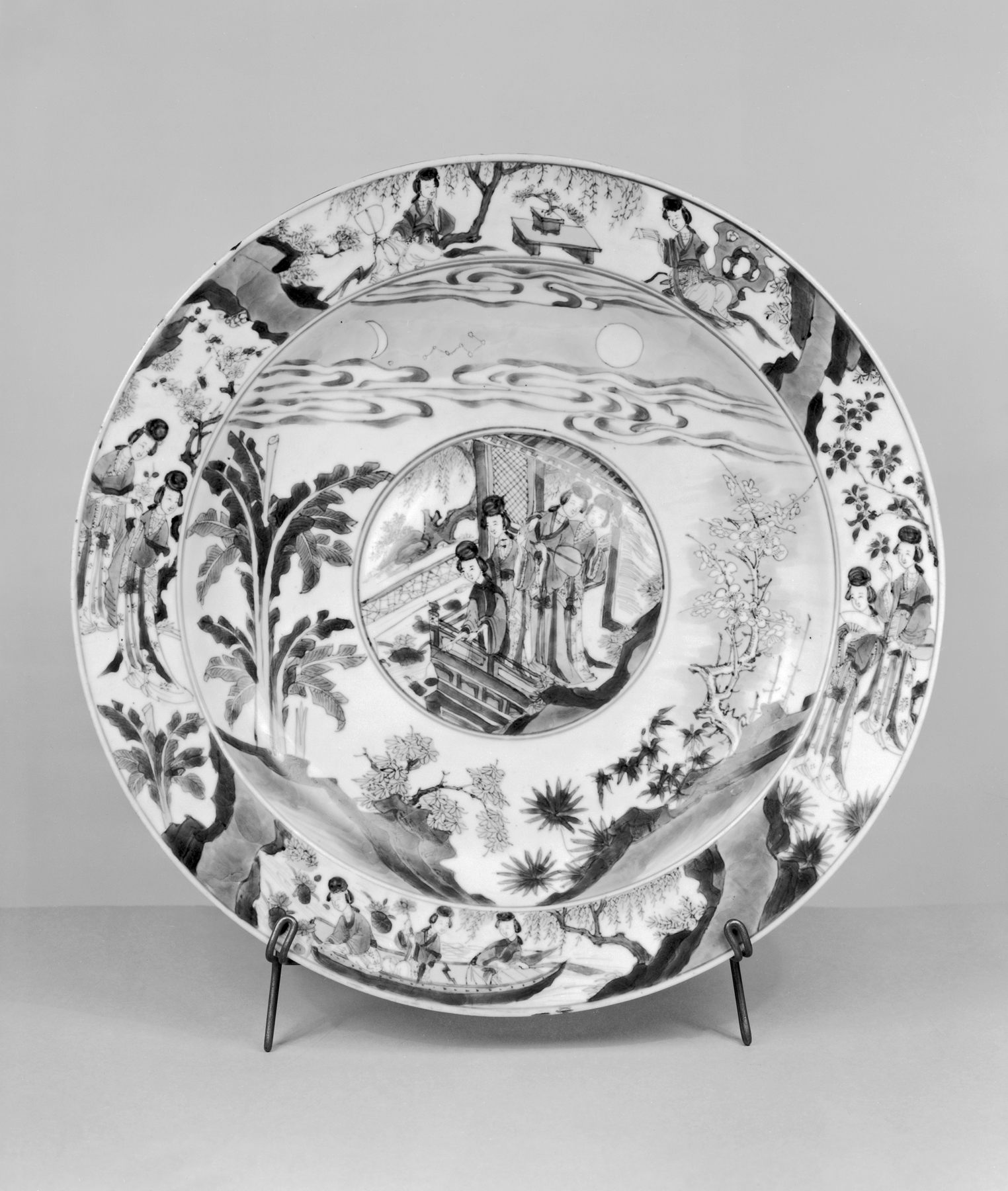 This plate, painted in brilliant shades of cobalt blue beneath a clear glaze, depicts groups of women enjoying varied leisure activities of the four seasons. A raised medallion in the center is painted with a summer scene of four women on a veranda; one woman embraces another holding a fan as a third watches a fourth woman collecting lotus flowers from the water. The medallion is surrounded by a ring filled with plants representative of all the seasons; palms, jasmine flowers, firs, bamboo, and blossoming prunus grow beneath a canopy of clouds. The moon and sun are depicted on either side of the Great Bear constellation to symbolize passing time.

Four scenes of women on the border of the plate are divided by rockery, each a depiction of seasonal leisure. Winter (left) depicts two women picking blossoms from a flowering prunus tree. Spring (top) is characterized by two women seated beneath a willow tree with a book and fan. Between them is a potted miniature tree. Autumn (right) is represented with two women, one fanning herself as her companion gathers fragrant flowers and leaves that bloom in October and infuse tea with a fruity scent. Lastly, a second scene of summer (below) is painted with a three woman boat party to collect lotus flowers. On the opposite side of the plate are painted The Eight Buddhist Emblems and the foot is encircled with foliation.