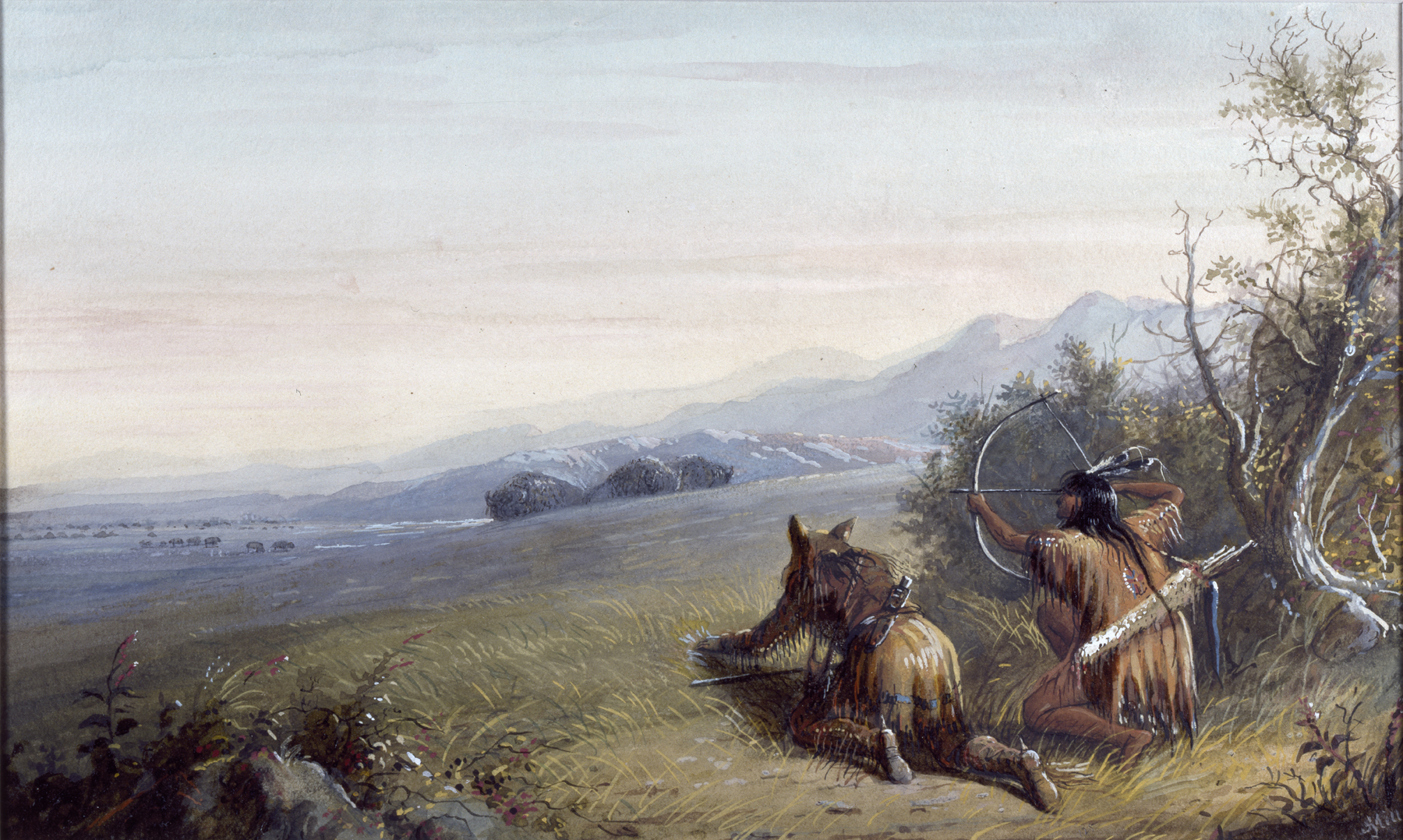 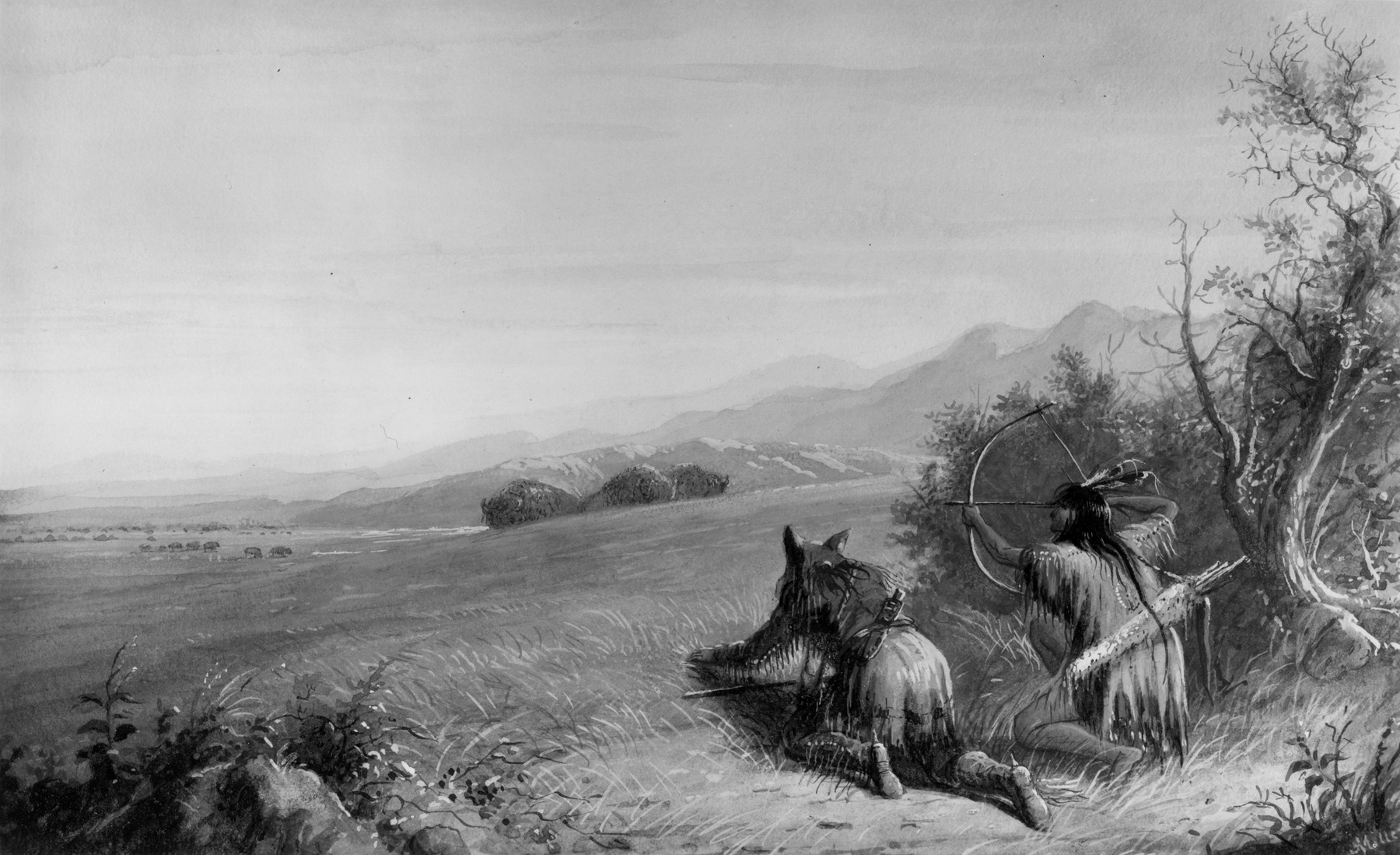 "The hunters form for themselves a peculiar kind of a cap;- it has two ears with a flap reaching to the shoulders, This is worn with a double object in view, one of which is to deceive the Buffalo in approaching,- under such guise, the hunter is mistaken by the animal for a wolf, and is suffering to approach quite near. The mass of hair covering the forehead of the Buffalo obscures his sight and aids the trapper in his deception. In the sketch a couple of Bulls are lying down near the swell of a rolling prairie. A trapper ( in company with an Indian) is stealthily creeping along the rise,- as the arrows of the latter make no noise, he is privileged to shoot first, the Trapper reserving his fire until the animals regain their feet, when he instantly 'draws a bead,' using his ramrod to steady his rifle. This mode of hunting is used only under certain circumstances;- running being the favorite method, from its affording more excitement." A.J. Miller, extracted from "The West of Alfred Jacob Miller" (1837).