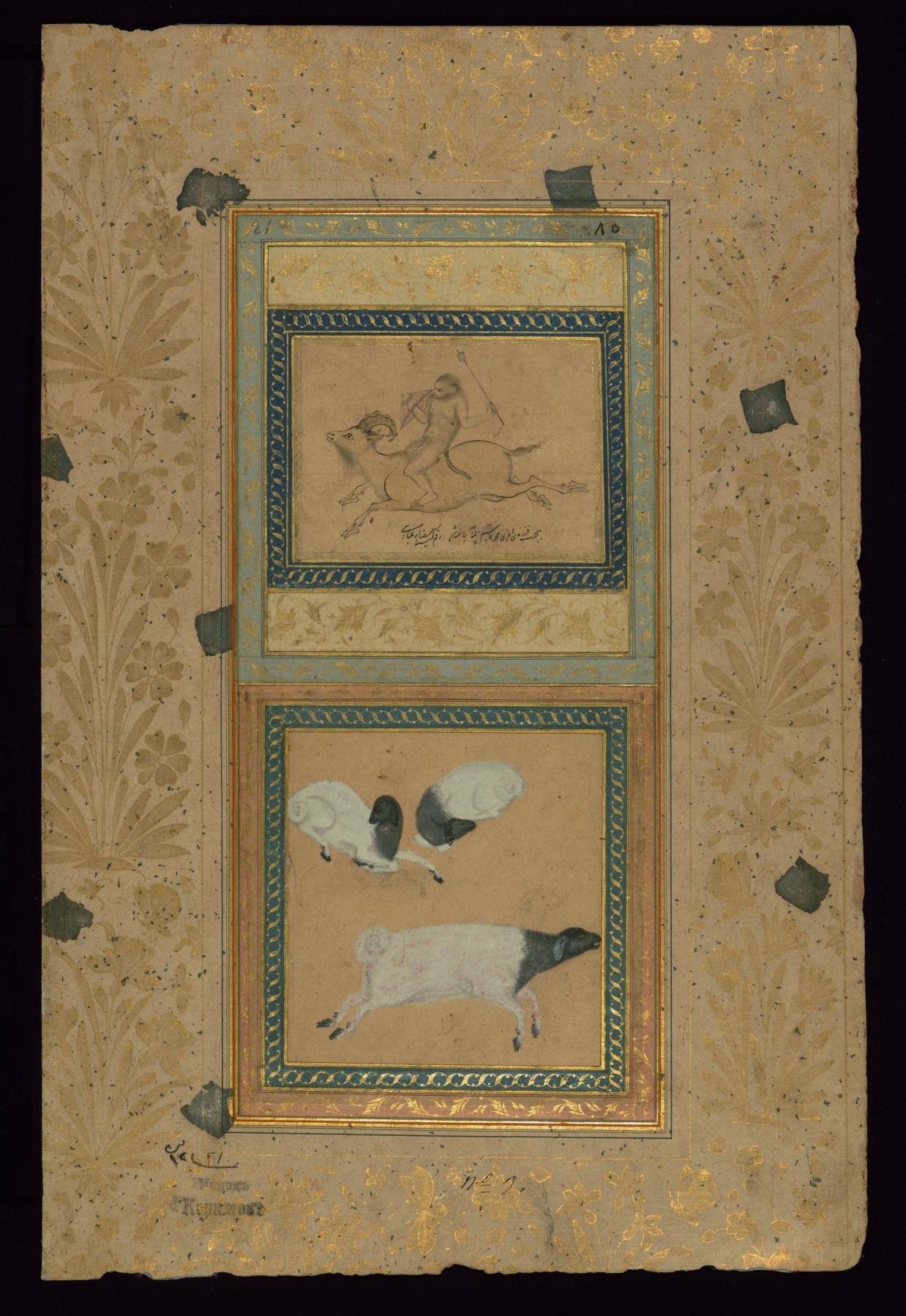 Single Leaf of a Monkey Riding a Goat and Three Sheep

This album page, Walters leaf W.687, consists of 2 drawings and a sample of calligraphy written in Nasta'liq script by Hasan Shamlu on the back. The drawing in the upper register is of a monkey riding a goat. According to the Persian inscription it was executed by the celebrated Persian Safavid artist Riza-'i 'Abbasi (died 1044 AH/AD 1634) for his son Muhammad Qasim. The inscription reads, "Made for my son Muhammad Qasim. Work of the humble Riza-'i 'Abbasi." The drawing in the lower register depicts three sheep. On the back is a sample of calligraphy bearing the name Hasan Shamlu in the lower panel in the left corner of the page. 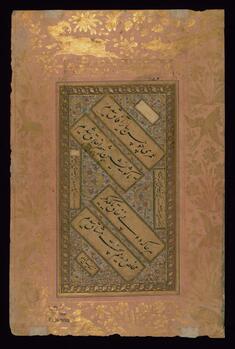 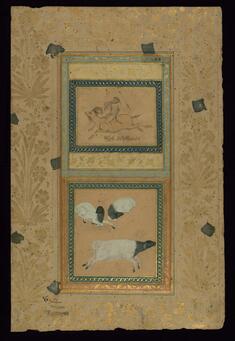