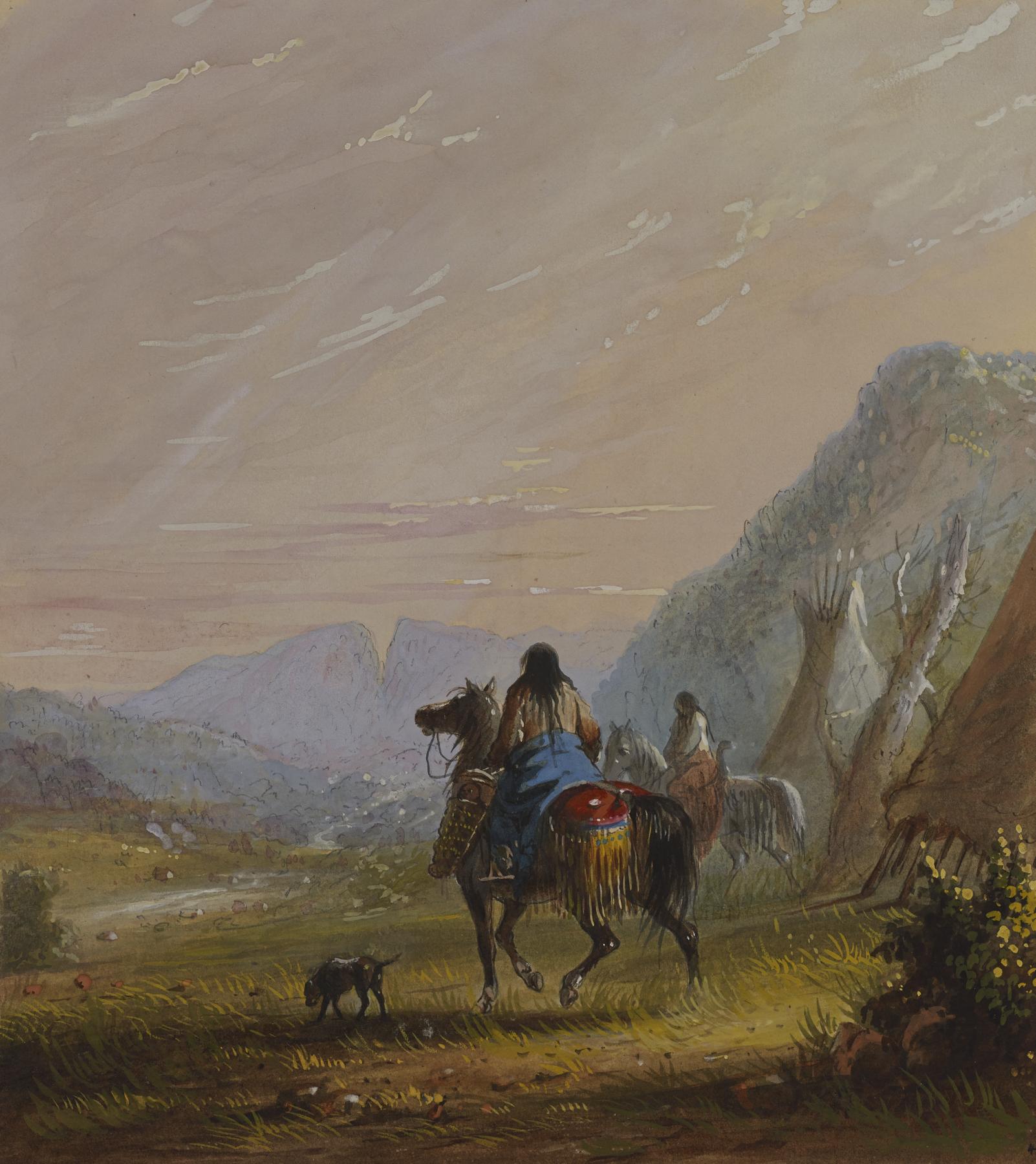 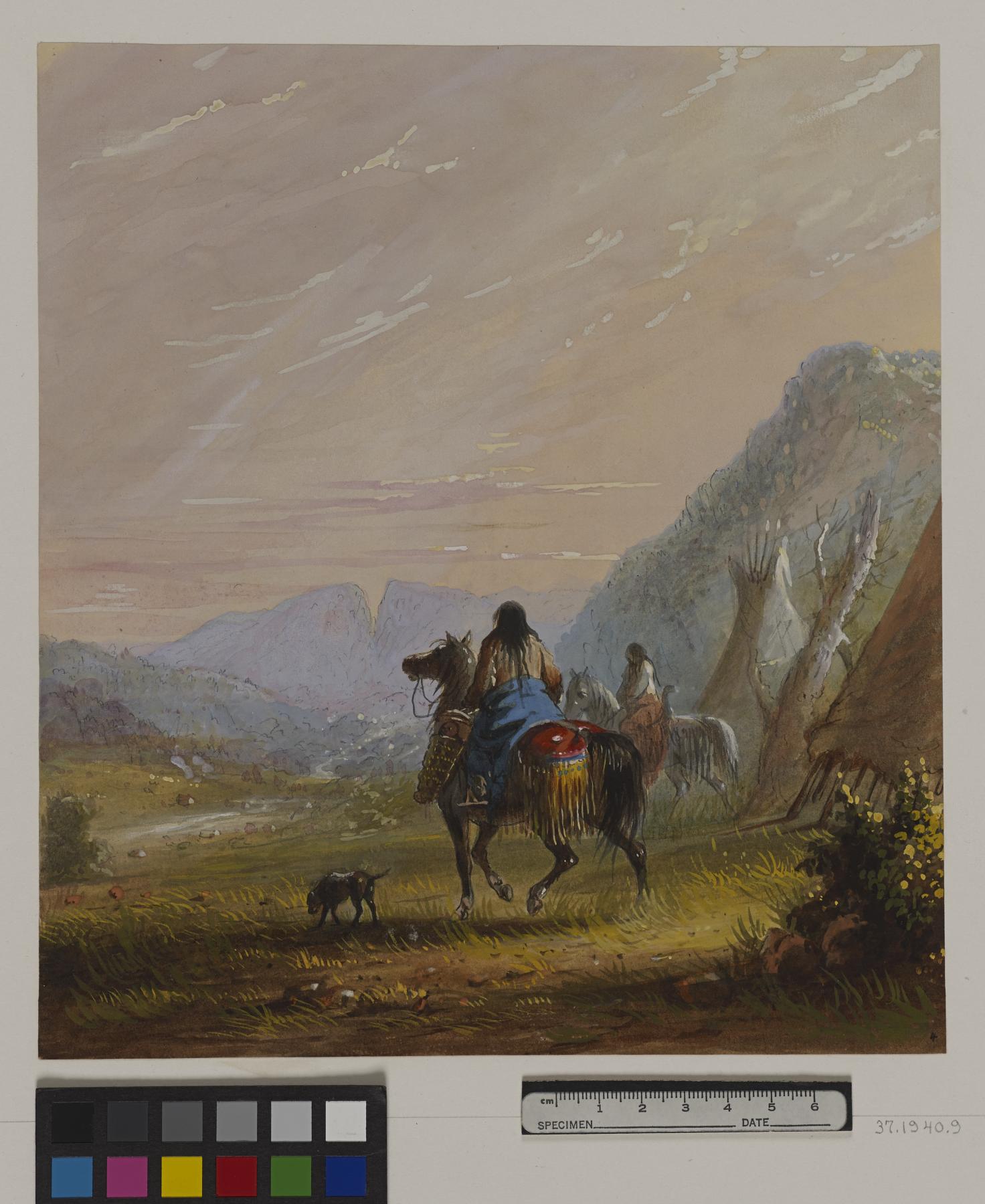 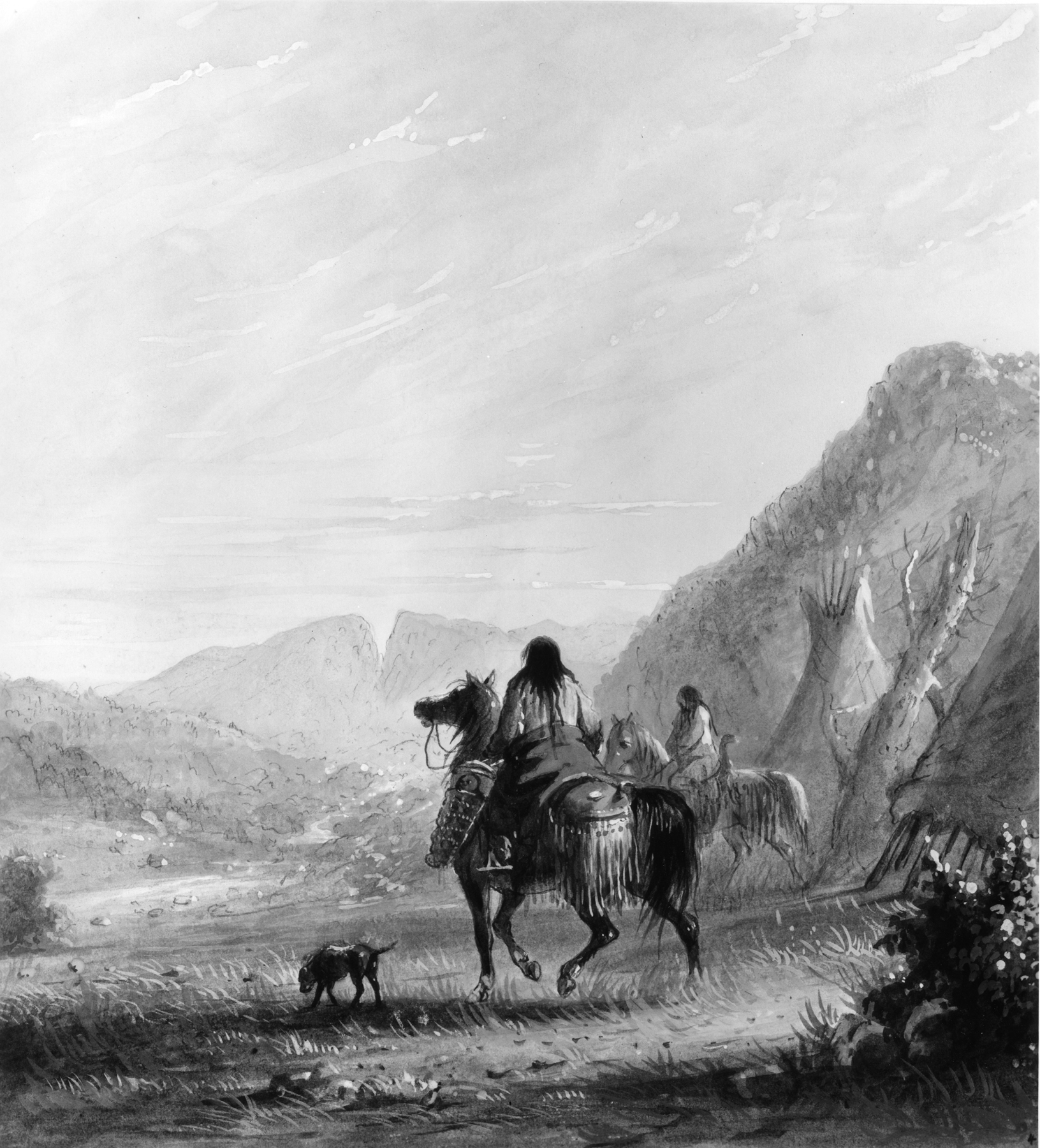 Indian Women on Horseback in the Vicinity of the Cut Rocks

"The woman in front has her papoose. It is hung to the saddle bow by a strip of buckskin. The child is attached to the board and secured by buckskin highly ornamented and laced in front. If any one thing gives an Indian woman pleasure, above another, it must be the elaboration of this affair. Porcupine quills stained with all manner of colours, quite indelible, and of beautiful patterns, are carried down and across the front; now if she can procure some small bells to fasten on the guard piece of the head, the arrangement is almost complete." A.J. Miller, extracted from "The West of Alfred Jacob Miller" (1837).