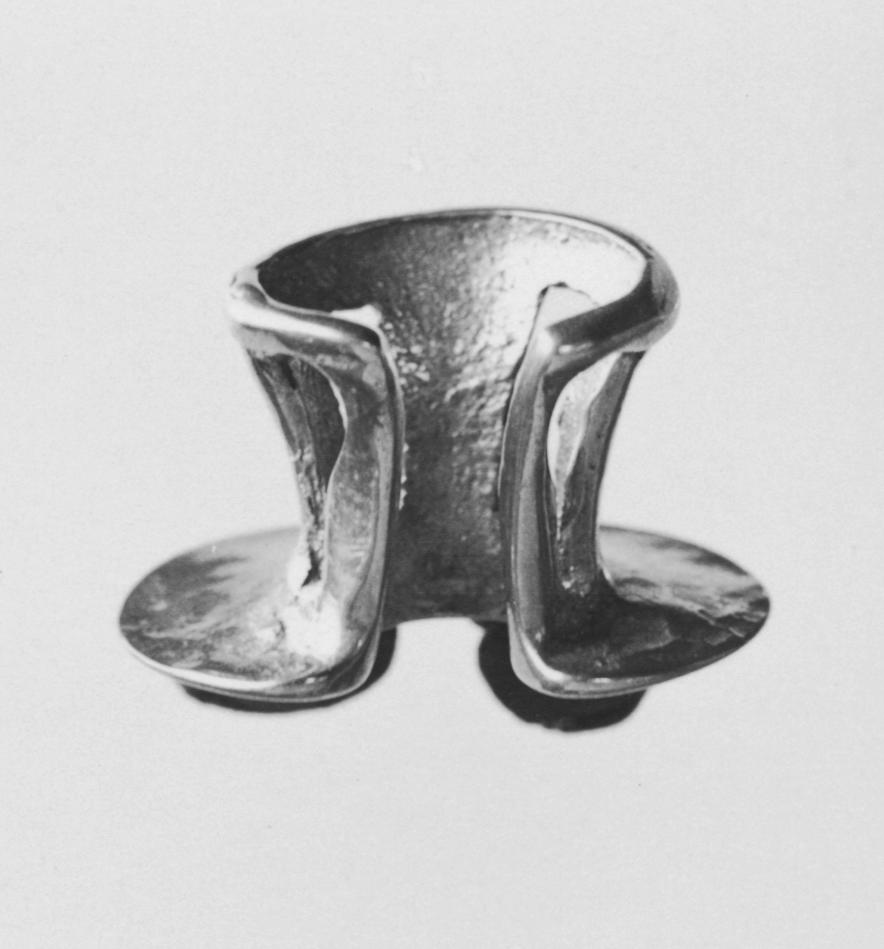 Gold nose rings were among the artifacts brought back to Spain by Columbus. They were a popular form of body ornament and sign of rank for both men and women in ancient Central America.