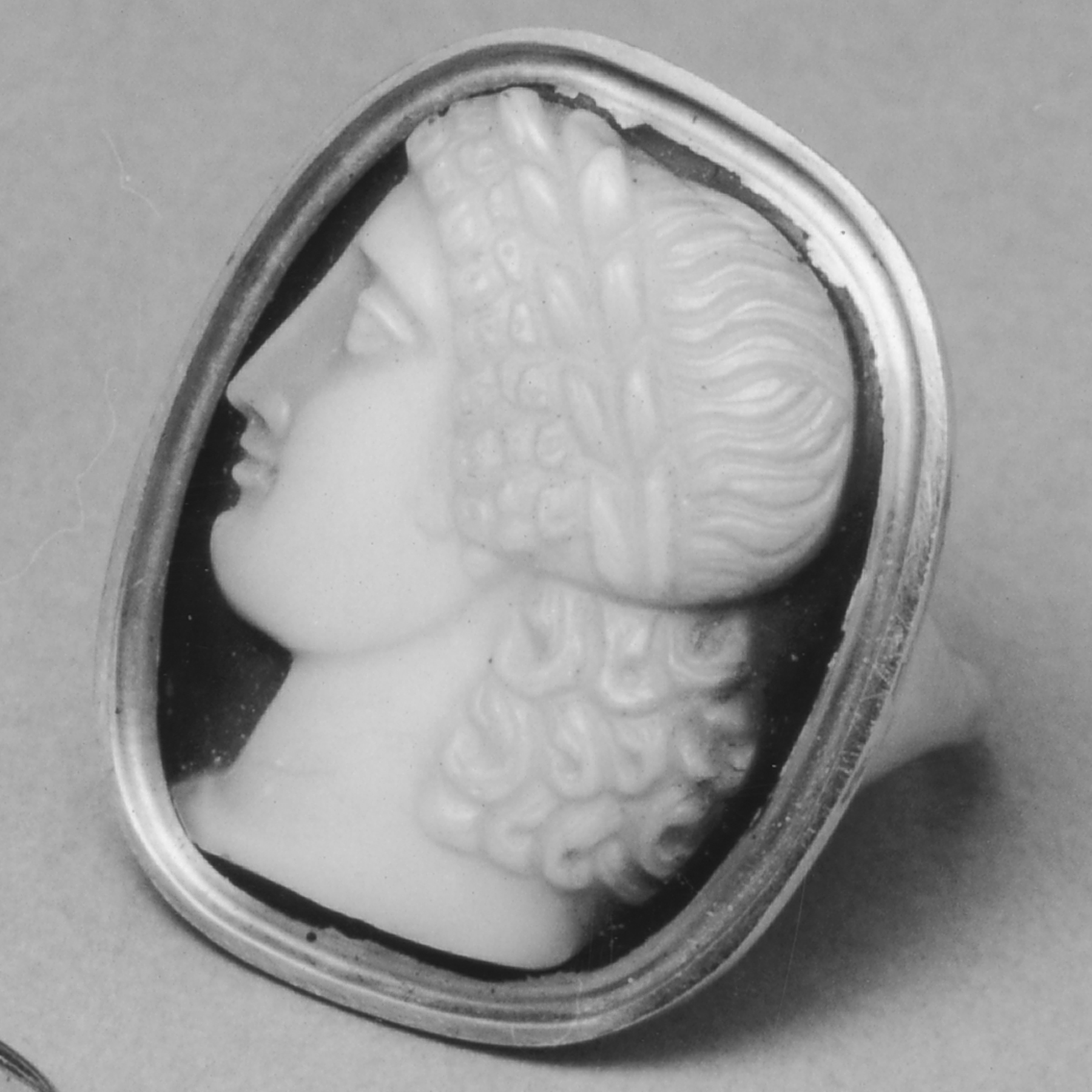 Ring with Cameo of Head of Apollo Wearing a Laurel Wreath

The flatness of the carving is meant to suggest ancient Roman workmanship, but Roman cameos are not this flat. This is most probably the work of a Renaissance carver creating an "ancient" carved gem, for which there was much demand. This ring can be traced back to the 1600s and was in famous collections of ancient gems, including that of the Fourth Duke of Marlborough (1739–1813) at Blenheim Palace.