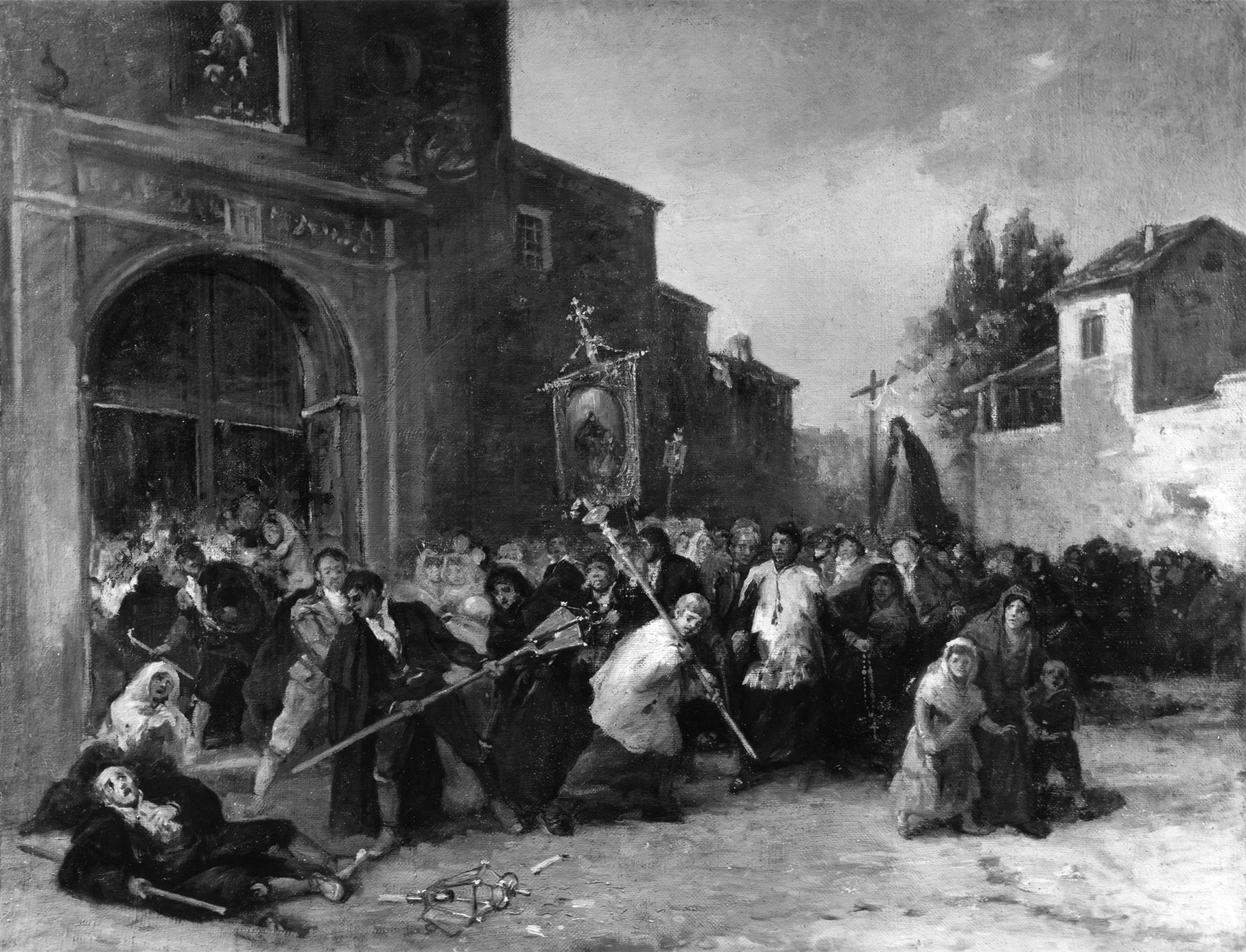 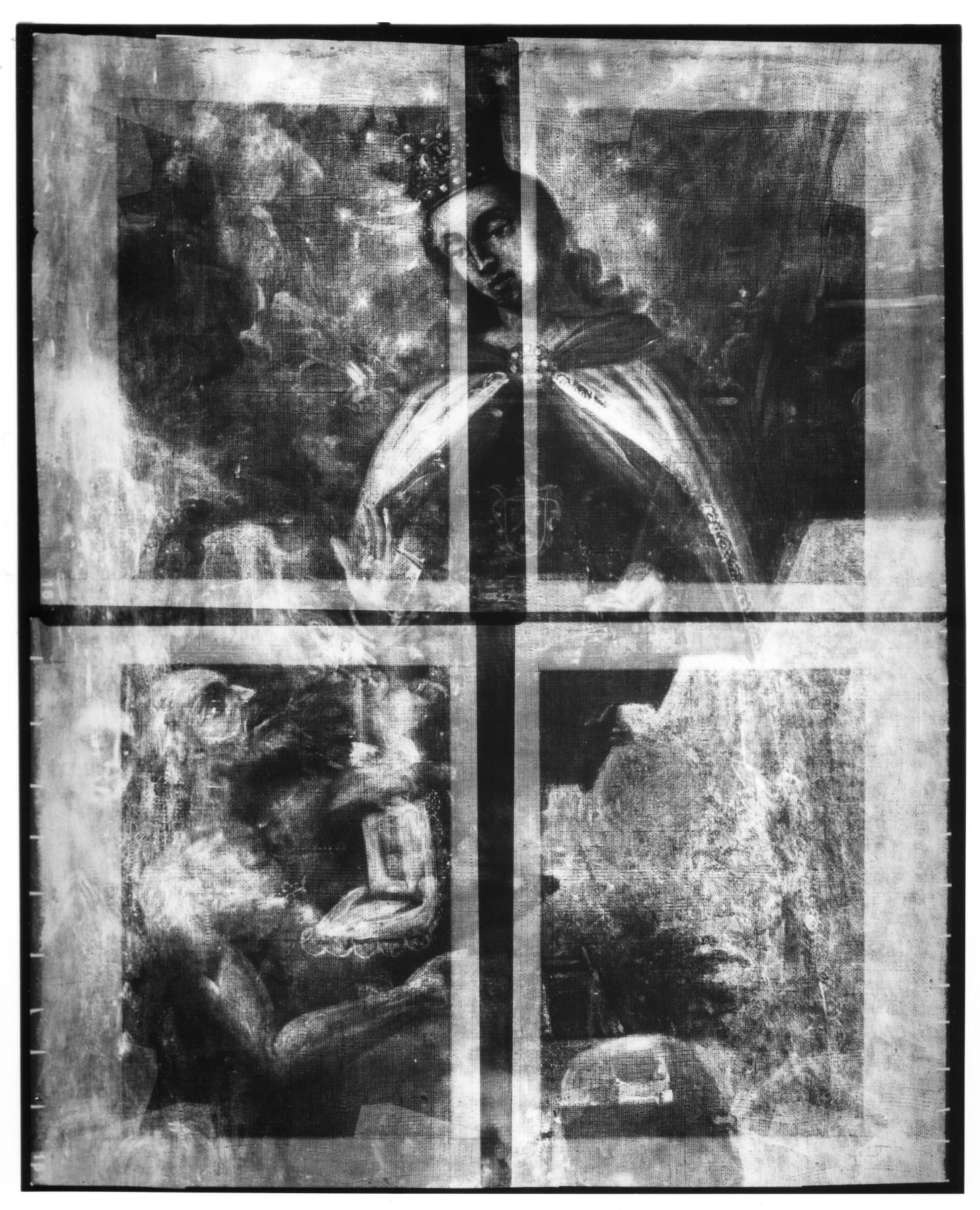 As a religious procession approaches a church, a scuffle between two lantern-bearers ensues in which the elder is left sprawled on the ground clutching the shattered shaft of his light. Varying degrees of consternation are expressed by onlookers. An acolyte struggling with his heavy silver candlestick turns away, while a mother clutching her children scurries off to the right. Swaying over the throng are a banner, a lantern, and the "pasos" of the Via Crucis and the Mater Dolorosa.

Scholars have attributed this painting to a follower of Lucas rather than to the artist himself, noting the picturesque quality of the scene and the lack of vigor in its execution.