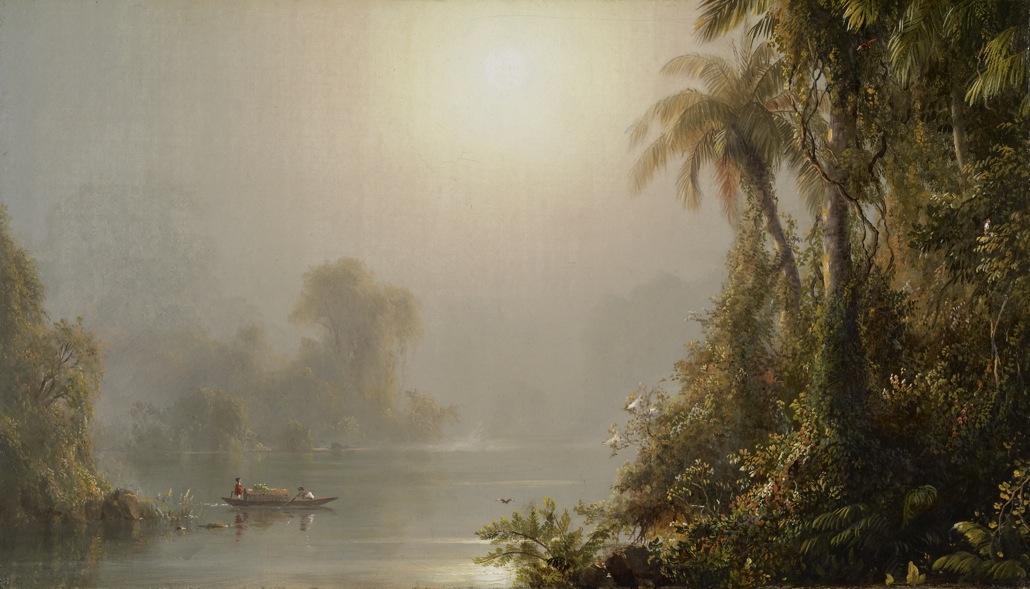 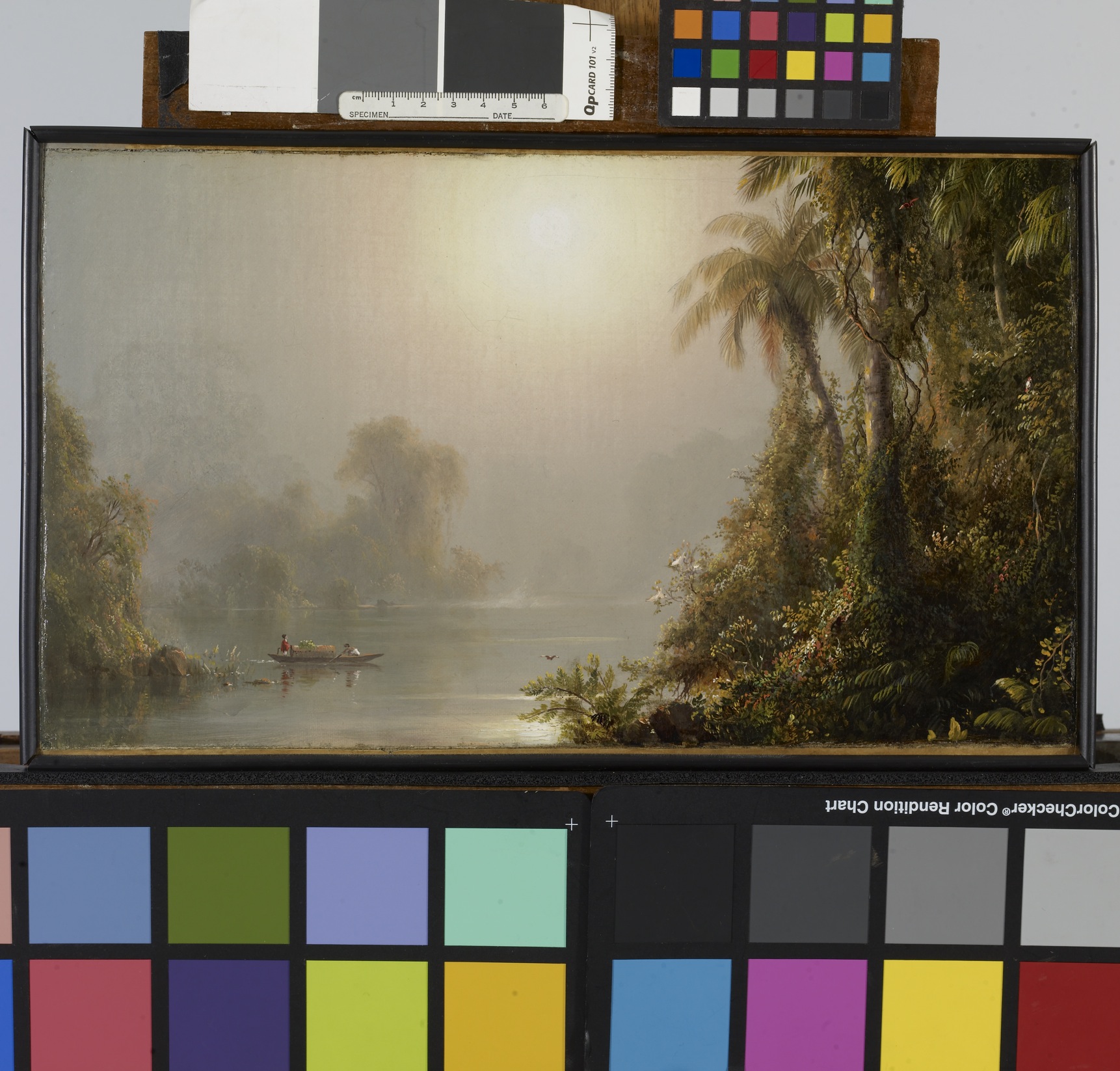 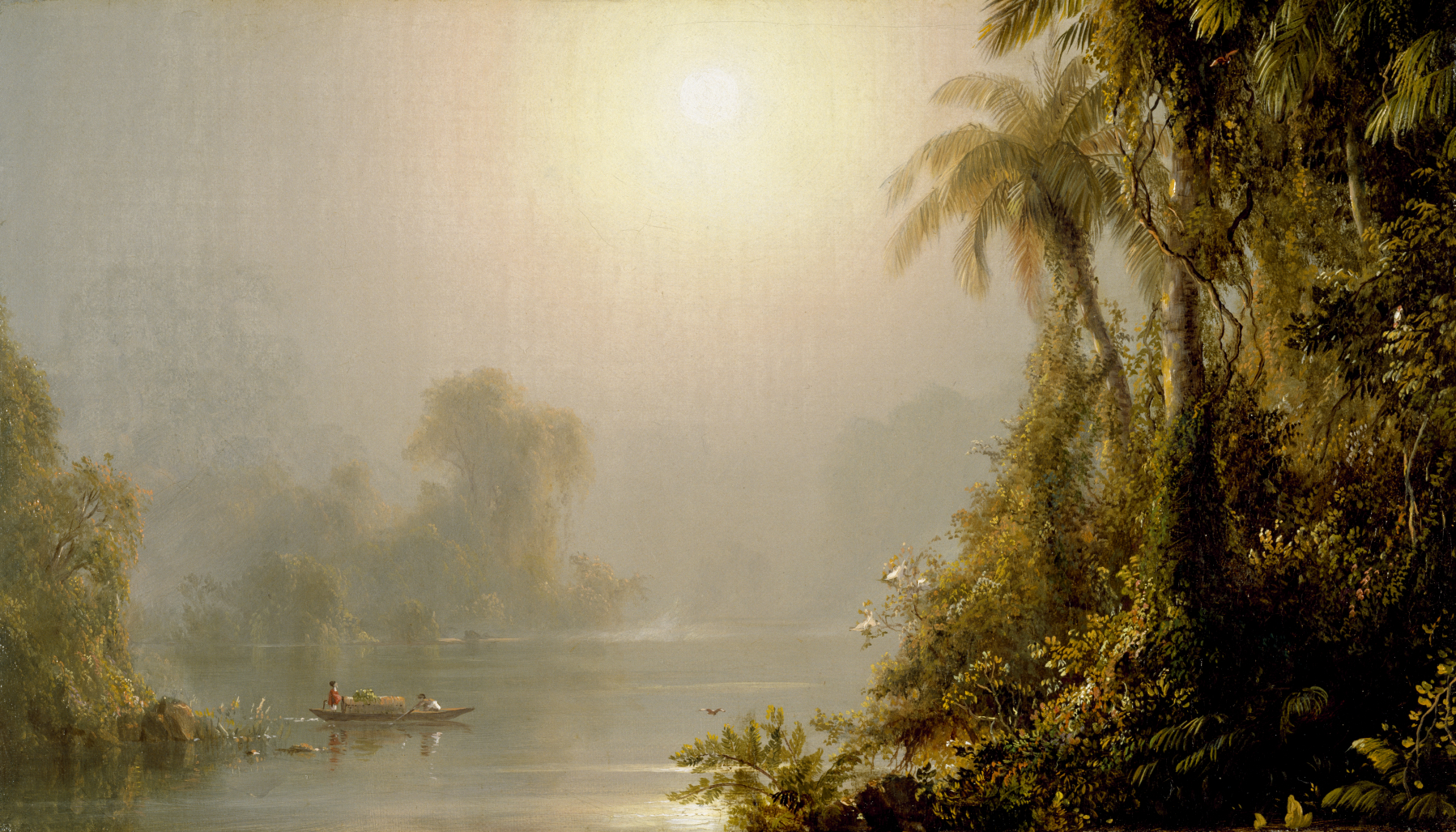 Morning in the Tropics

Inspired by German scientist Alexander von Humboldt, who explored Latin America at the end of the 18th century, Church traveled widely in search of romantic subjects, visiting South America in 1853 and 1857. Sketches of the spectacular tropical scenery made during his second voyage to Ecuador and Colombia served as the basis for this well-known painting, which was frequently reproduced as a print.

William T. Walters purchased this painting in 1858. It was sold at auction at the National Academy of Design in New York, for the benefit of the widow and children of William Ranney, genre painter. Walters paid $555 for this small painting, the highest price achieved at the sale.