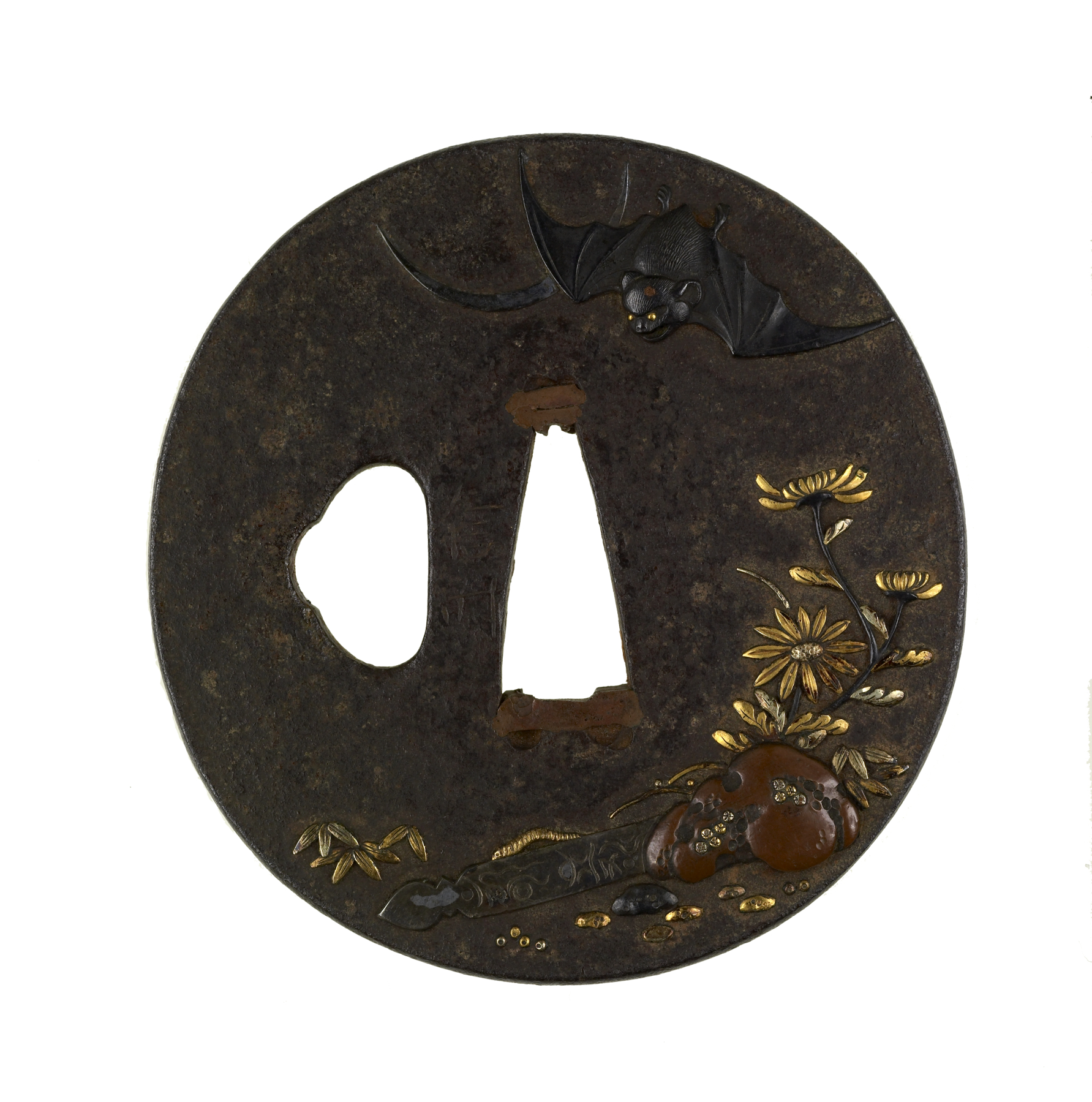 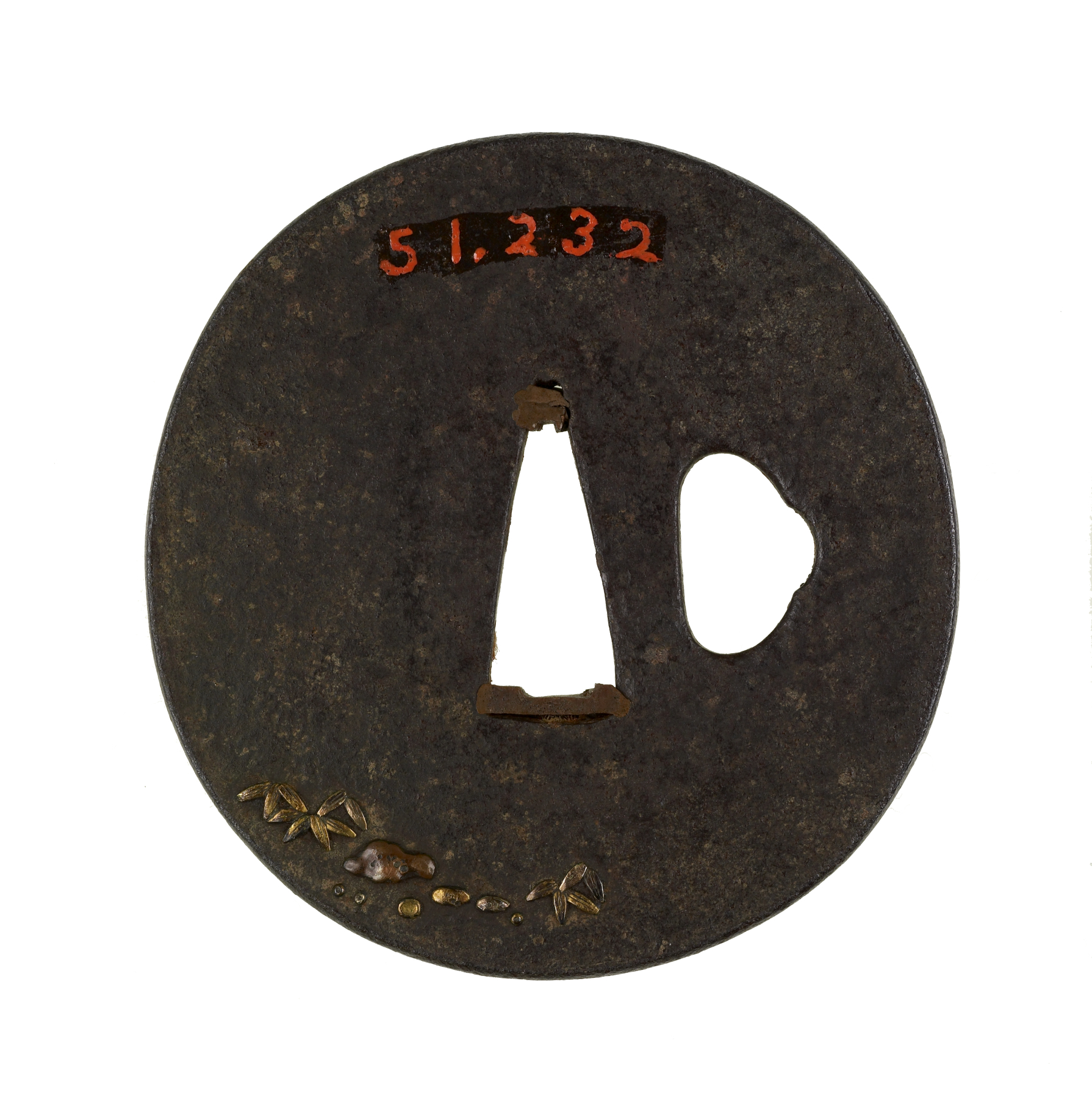 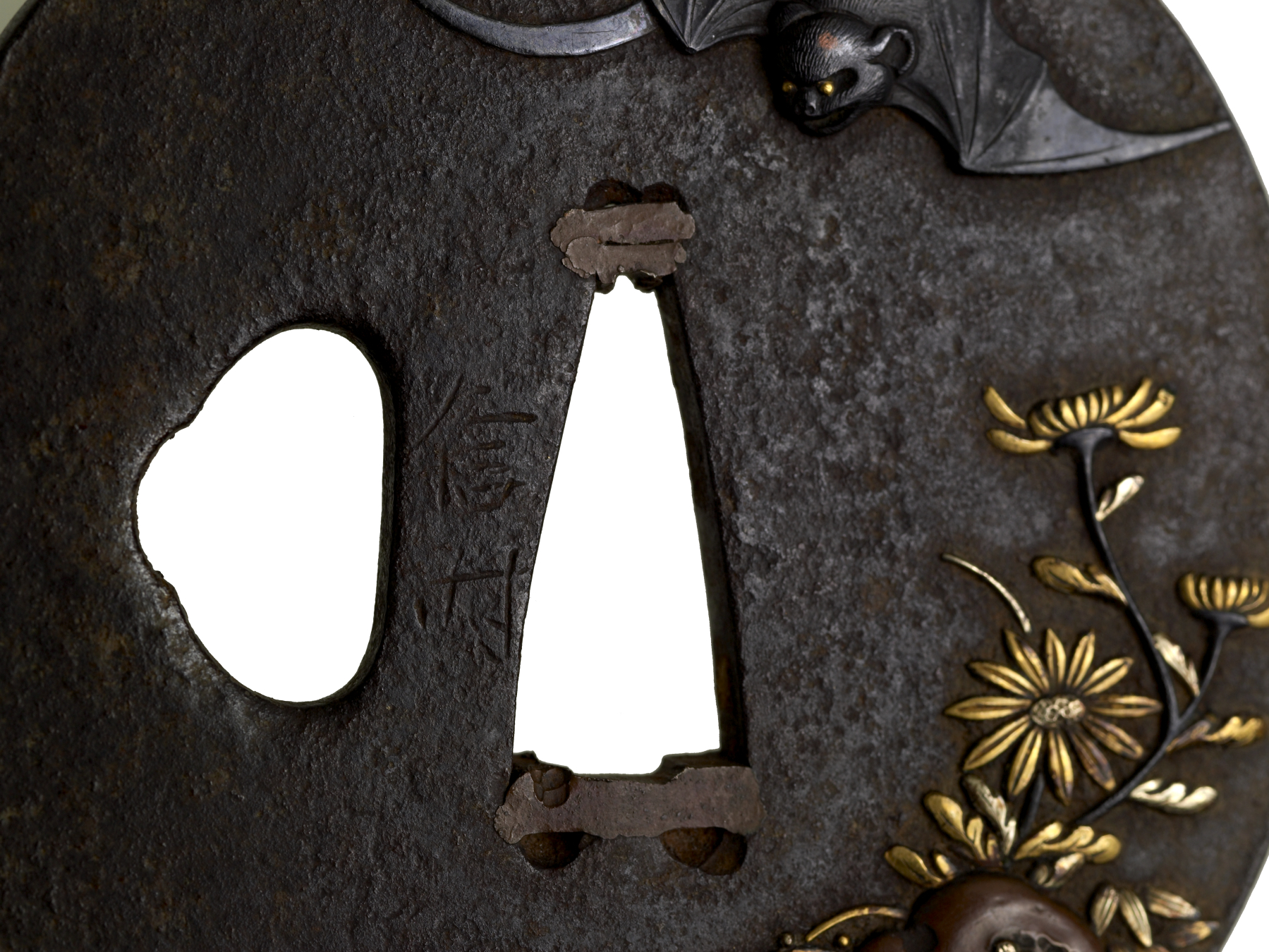 Tsuba with a Fallen Grave Maker

At the top of this tsuba, a bat in flight is shown in front of a slender crescent moon. At the bottom is a grave marker that has fallen over on its side. Next to the marker are chrysanthemums and a rock. A snake crawls across the top of the marker. This may be an allusion to a story about Ono no Komachi, a 9th-century poet. The story is told in the Noh play "Sotoba Komachi."