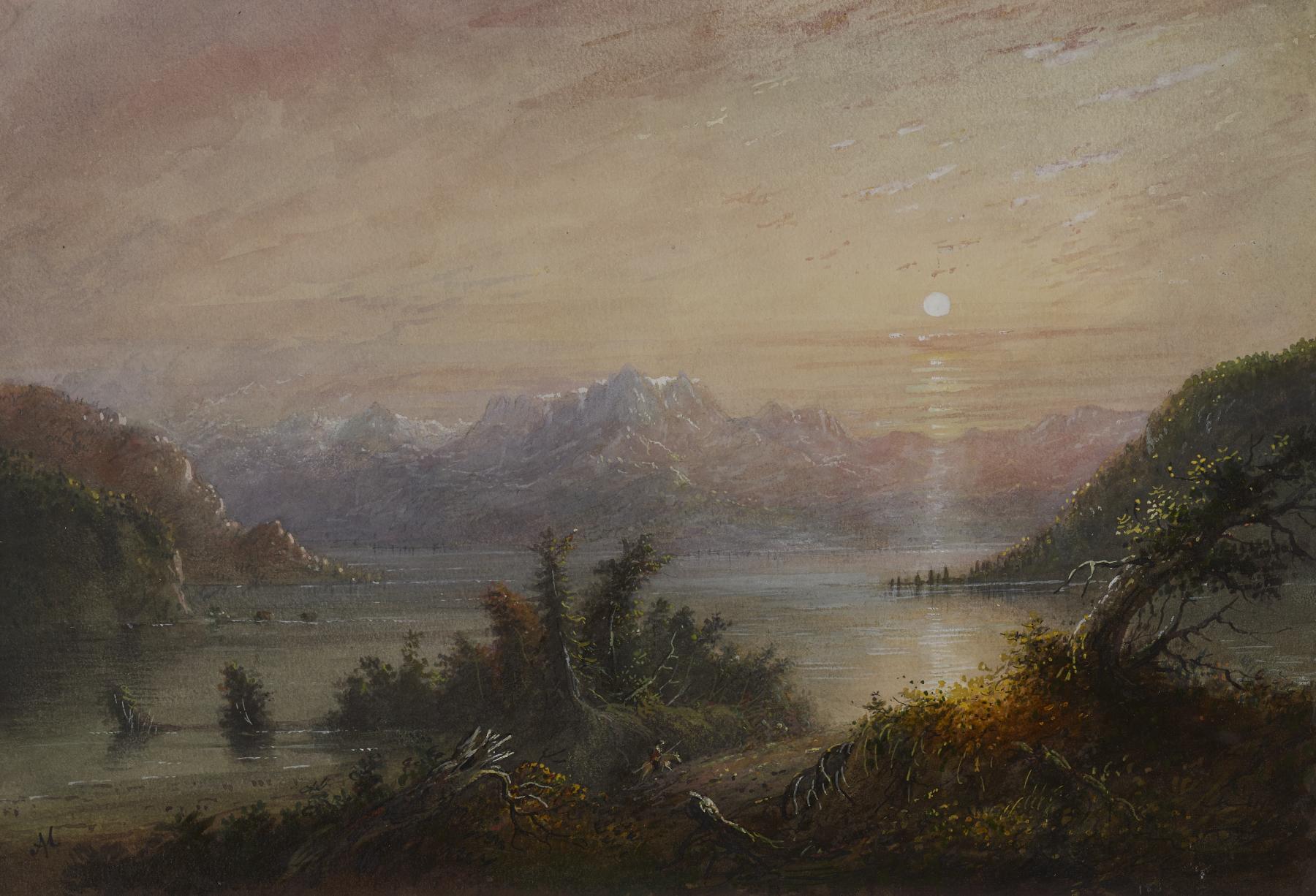 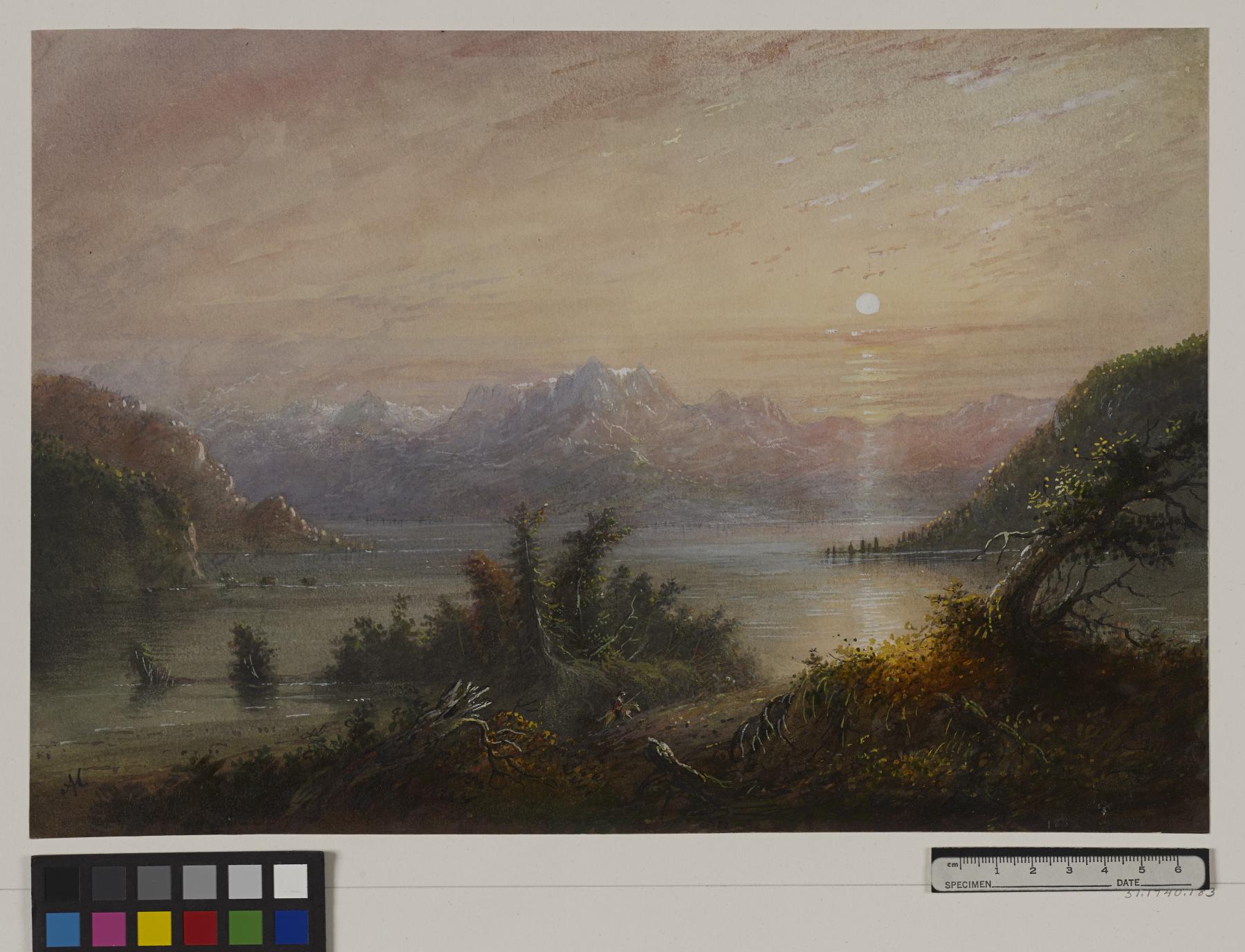 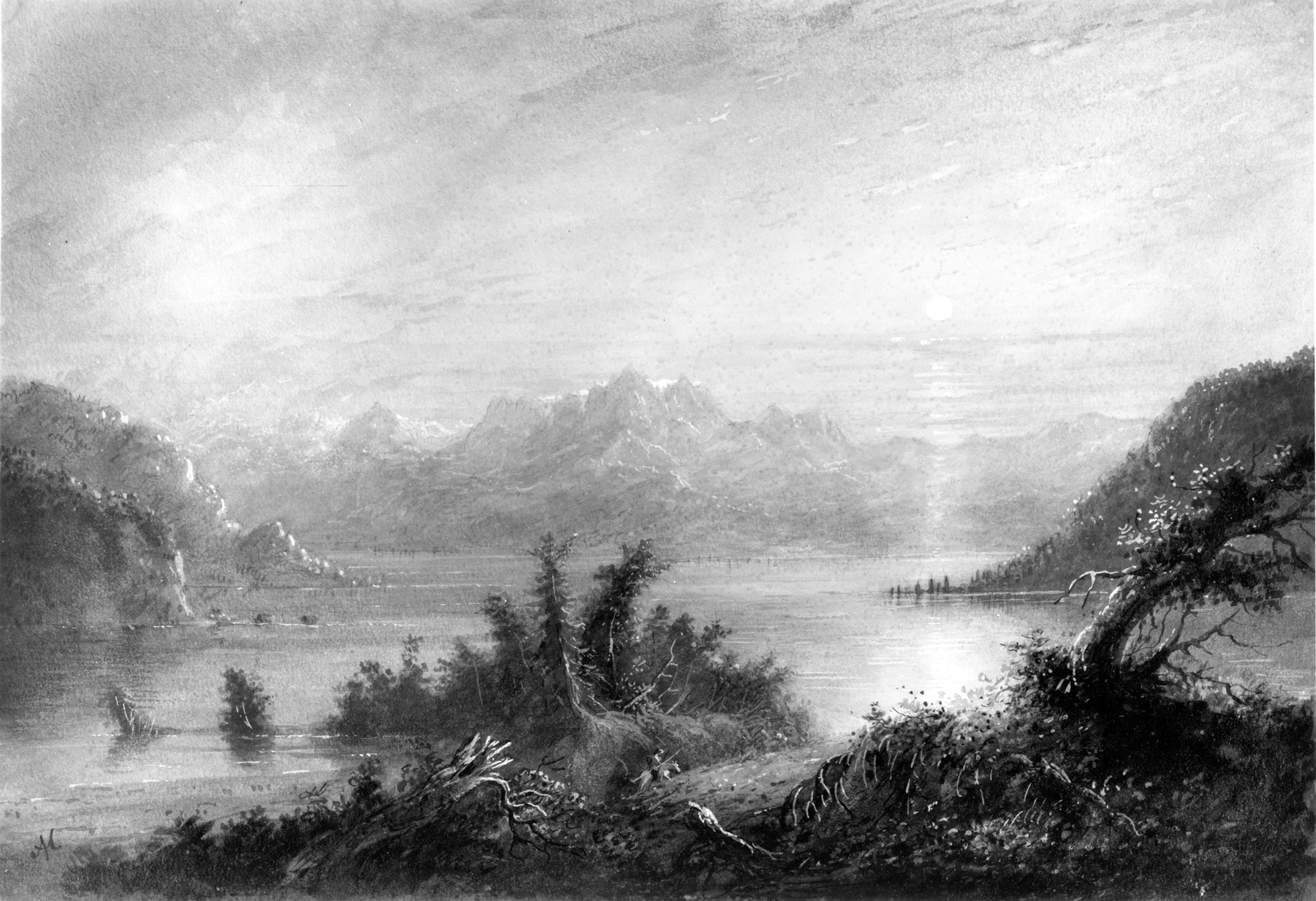 "In looking at the ruins about Rome, the spectator cannot fail of being sensibly impressed with the old, very old look of the buildings and remains of man's handiwork. The stones even of which they are compsed seem to be litterally honey-combed with the storms of centuries, that have battled and beat against them. How different with these Lakes and Mountains;- although they have been in existence thousands of years, what a freshness and newness rests over them,- they are veriably the same yesterday, to-day, and forever to all appearances. The scene in the sketch presents a broad sheet of water,- and the foreground wild and broken;- with a solitary horseman climbing the hill from the valley below;- lofty promontories flank the sides; carrying the eye to a noble line of mountains in the distance, broken against the sky with spurs & pinnacles." A.J. Miller, extracted from "The West of Alfred Jacob Miller" (1837).