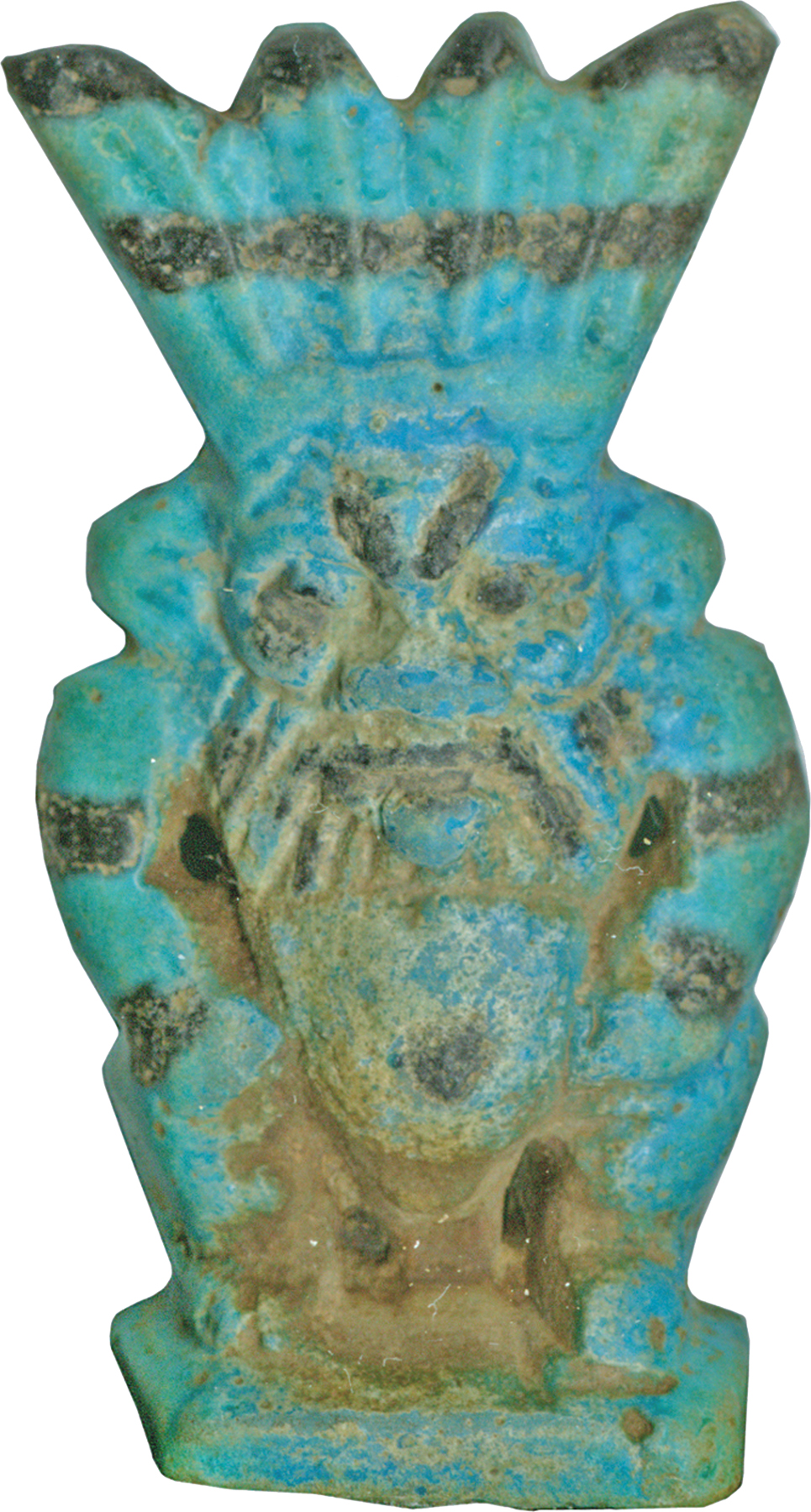 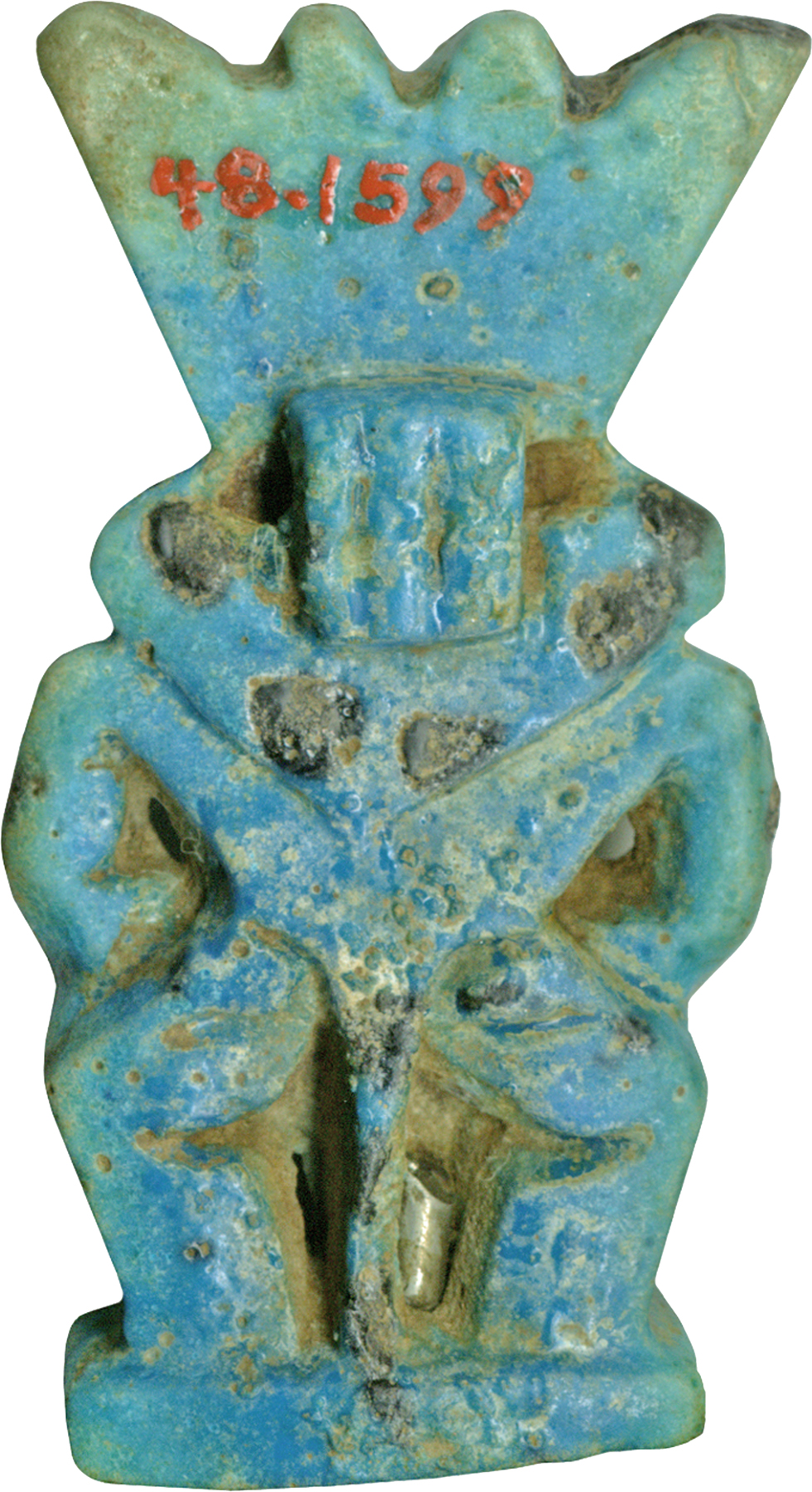 This dwarf-like, protective deity was very popular in ancient Egypt. Bes is represented with the nude body of a dwarf, grotesque facial features, and the ears and mane of a lion. He wears a tall feather-crown and usually rests his hands on his hips. Known from as early as the Middle Kingdom (ca. 2000 BCE), Bes was venerated as a protector of the home, family, and childbirth, and for that reason figures prominently in domestic magic and amulets. His close connection to all aspects of fertility and sexuality is demonstrated by the presence of his image in the "Birth-houses"-shrines associated with temples of the Late Period and Ptolemaic period. He also had a special relation to the goddess Hathor and performed in her retinue as a musician and dancer.

This amulet-pendant presents the god in a standing posture. The stocky figure is compact and dominated by the massive feather crown. Dark blue markings show the structure of the feathers and highlight the armlets and bracelets worn by the god. The amulet has a rectangular base and a loop on the back.