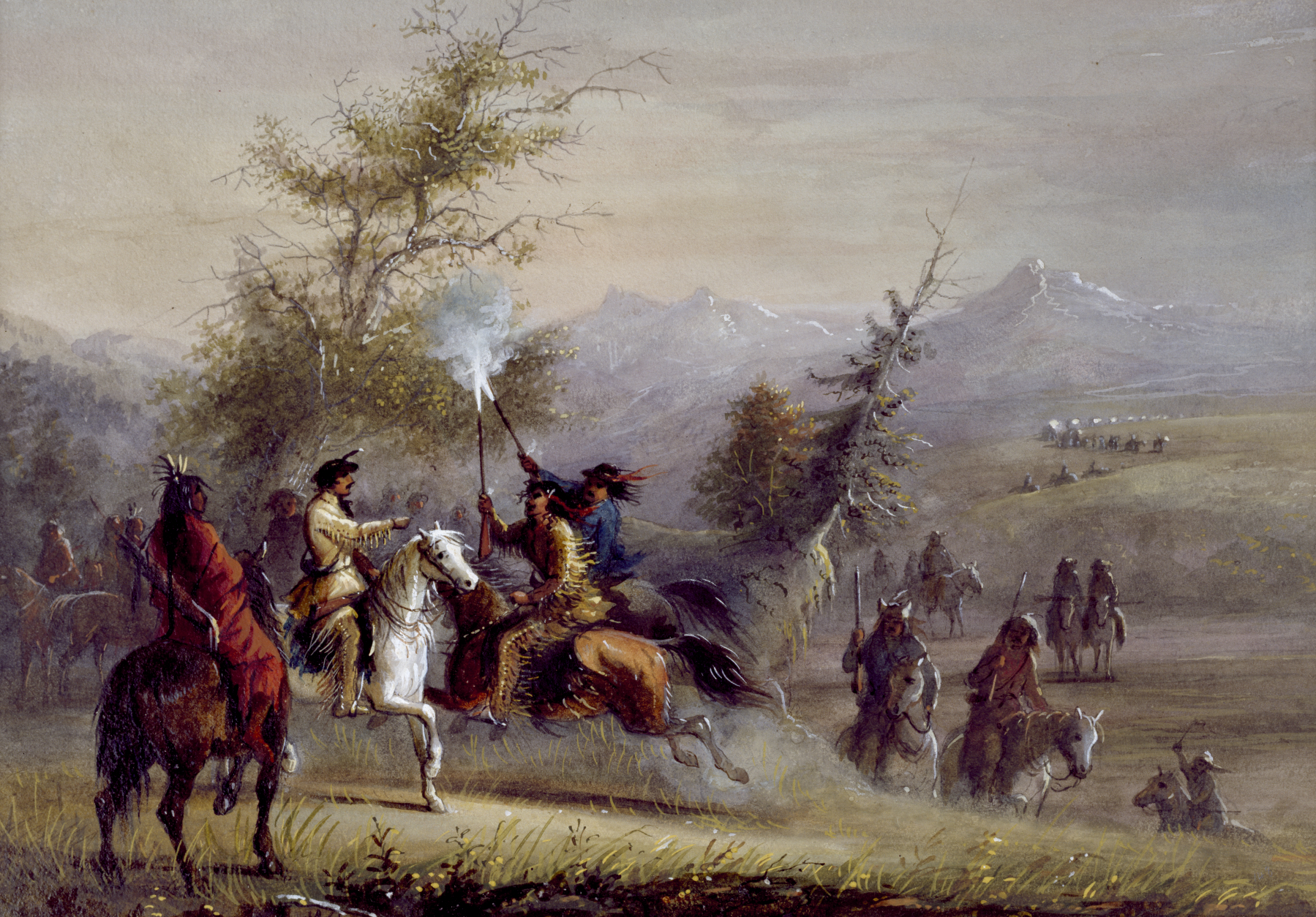 "In approaching our destination, one morning as we proceeded quietly along, our ears were saluted by sounds that raised the pulse immediately, and to which we had become sensitively alive. It was a tremendous Indian yell of a large body of men, and we heard the clattering of their horses as they came down the valley;- as soon however as we had sight of them, we were relieved;- it was a body of Trappers, who had heard of our approach and sallied forth to give us a greeting;- this is done by a feu de joie of blank cartridges and a hearty shaking of hands among the merry fellows;- for they found many of their comrades in our company, and when we encamped for the evening, our Captain gave them a grand Carouse in the shape of hump ribs, buffalo tongues, and mountain sheep. In addition to this, a metheglin, made of honey and alcohol, potent and fiery, was concocted and circulated among them." A.J. Miller, extracted from "The West of Alfred Jacob Miller" (1837).