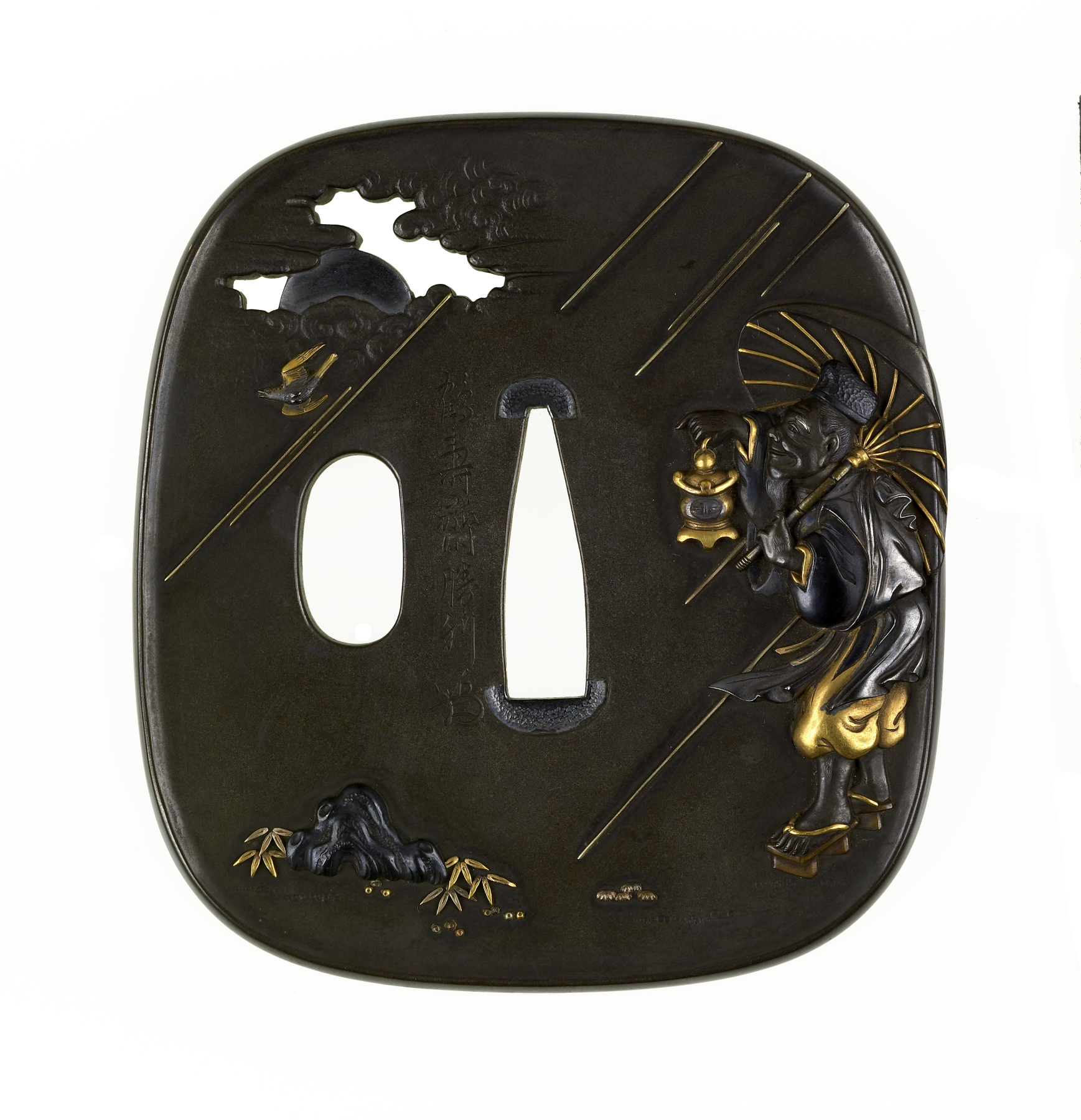 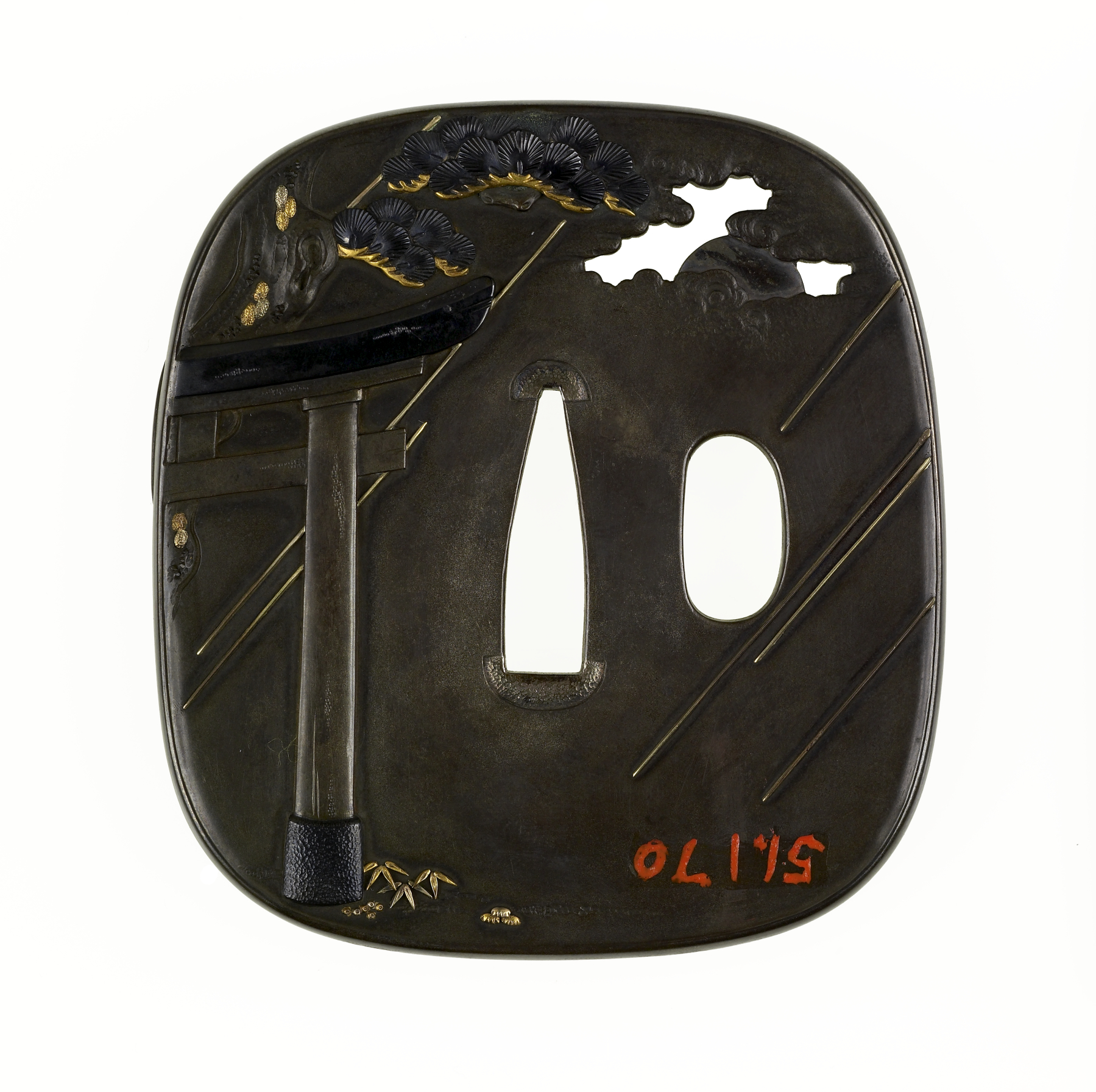 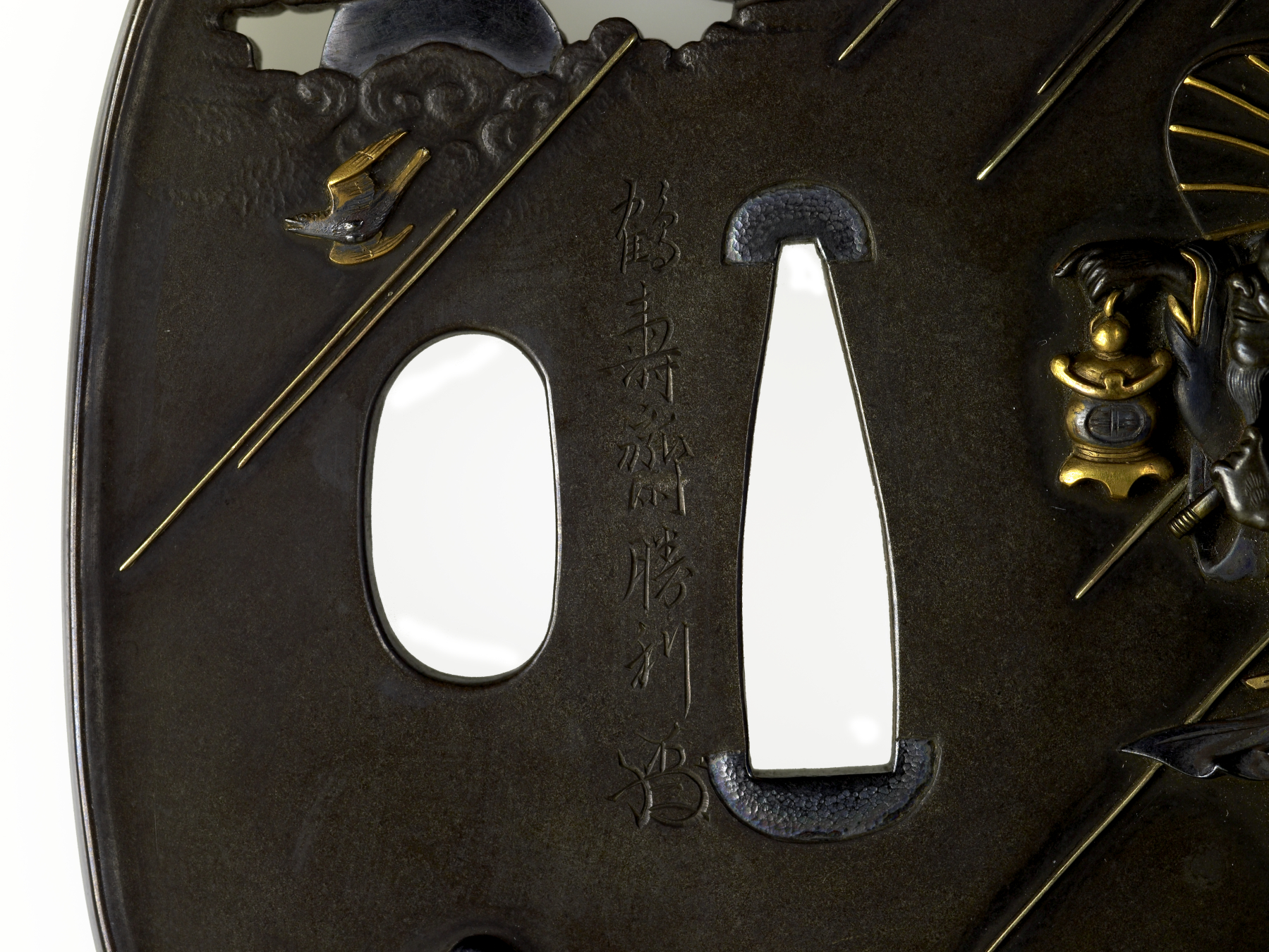 Tsuba with the Oil Monk (Abura-bozu)

This tsuba illustrates the 12th-century story of the oil monk from Yasuka shrine in Kyoto. On a stormy night, reports circulated in the city of a fire-breathing monster. Taira no Tadamori went out to capture the monster and discovered that it was actually a poor monk walking to Yasuka shrine. He was carrying an oil lamp that emitted flames when he blew on it. The monk is on the right side of tsuba, carrying the lamp and an umbrella. The moon and a small bird in flight are at the upper left. The rain is highlighted in gold. On the back, the gate to Yasuka shrine is depicted.