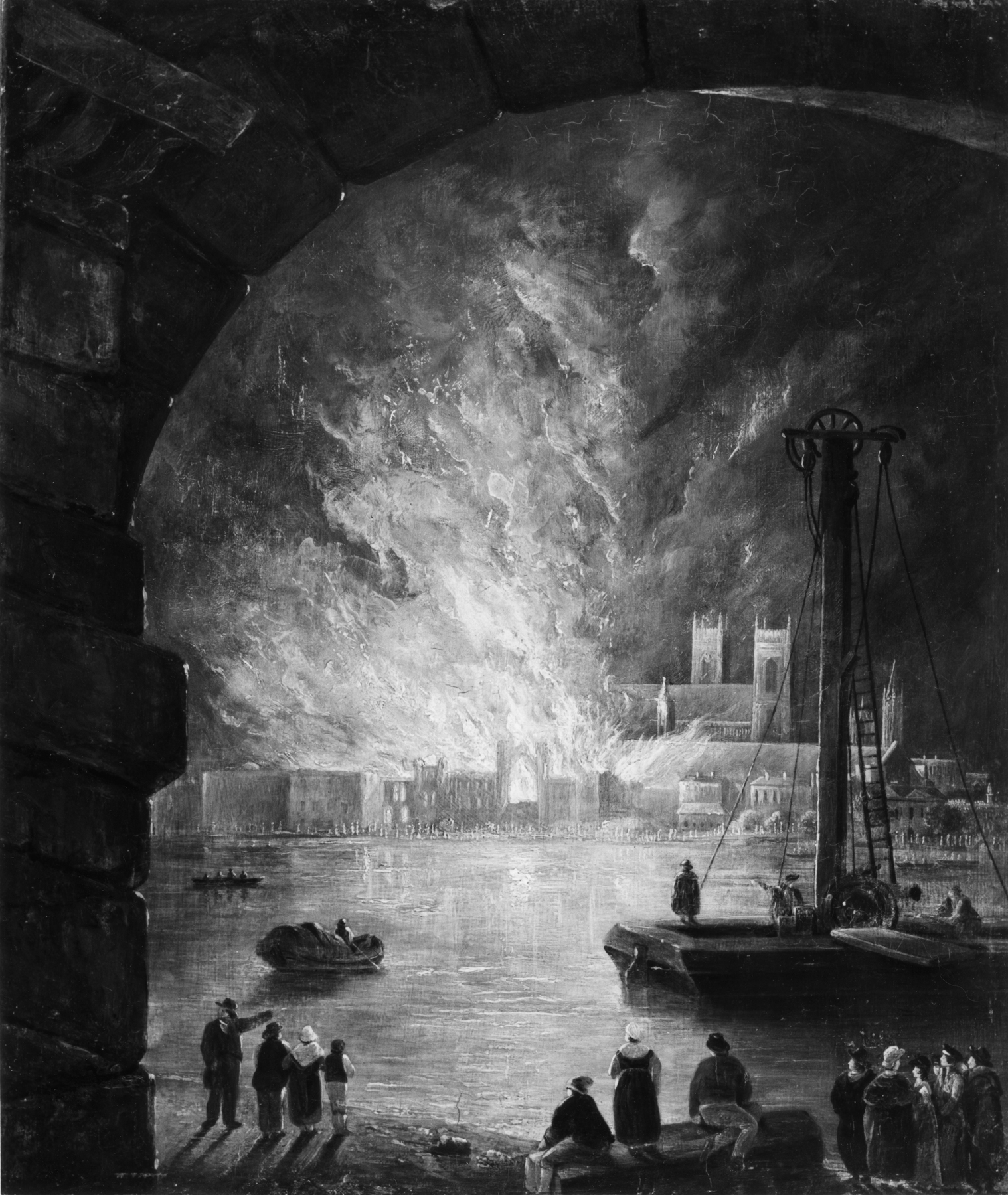 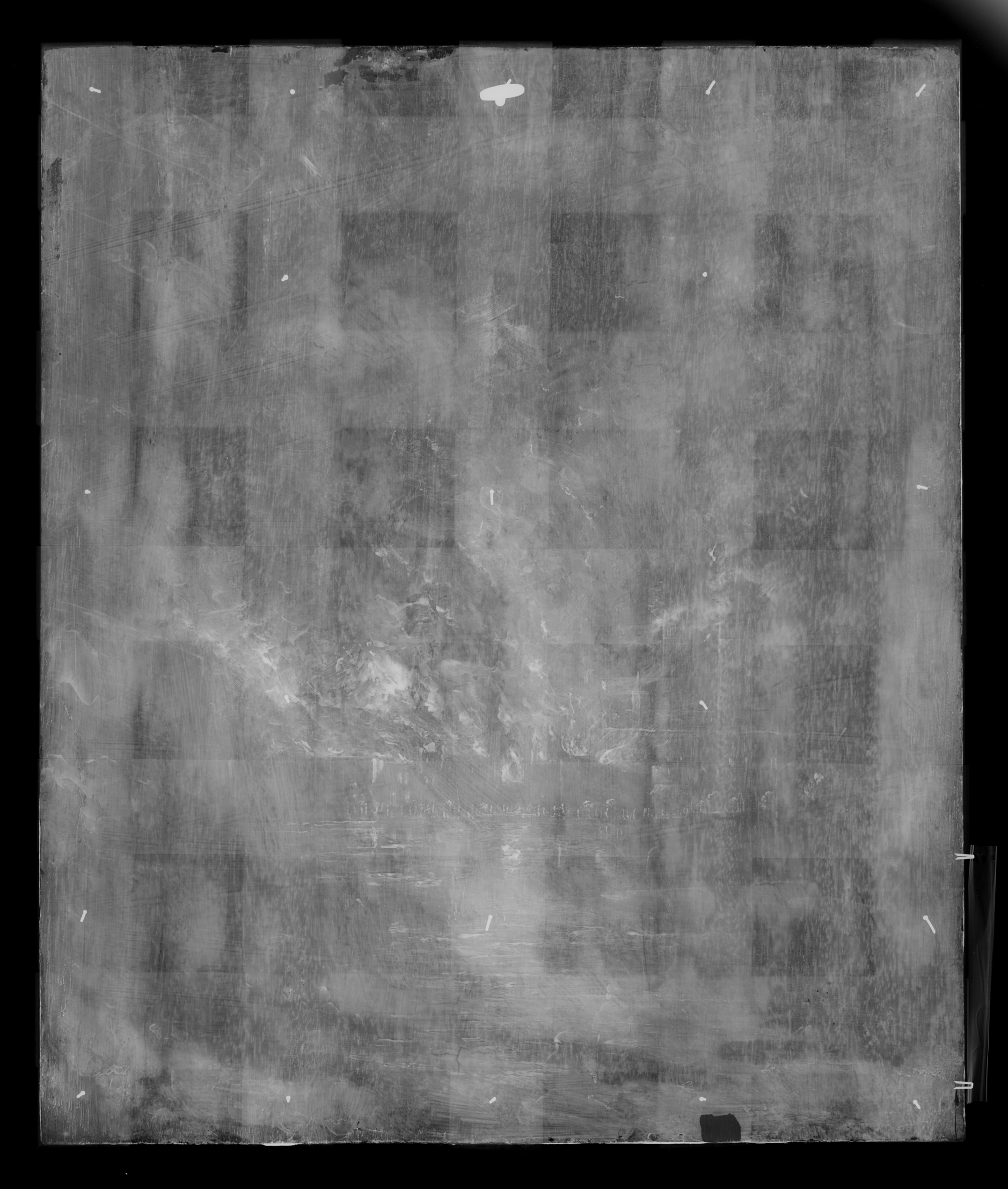 The Burning of the Houses of Parliament

In the early evening of October 16, 1834, a fire, caused by the overheating of a stove burning used tally sticks, erupted in the old Palace of Westminster, the Houses of Parliament, and burned throughout the night consuming many of the principal structures including The House of Lords, the Painted Chamber, the Royal Gallery, the library of the House of Commons; only Westminster Hall was spared. The flames rose to great heights, drawing swarms of spectators, including the architect Pugin who wrote: "Oh it was a glorious sight to see his [Wyatt's] composition mullions and cement pinnacles and battlements flying and cracking while his 2[S] and 6[d] turrets were smoking like so many manufacturing chimnies till the heat shivered them into a thousand pieces." (M. S. letter, Pugin to E. J. Willson, 6 November 1834, Fowler Collection, The John Hopkins University). Among the painters present were Callcott, Constable, Cotman and Turner. The most celebrated depictions of the fire are two paintings by Turner, based on his impressions that he recorded in his sketchbooks CCLXXIII and CCCLXXXIV. One, in the Philadelphia Museum of Art, shows the conflagration from the opposite shoreline near Westminster Bridge whereas the other in the Cleveland Museum of Art was painted from Waterloo Bridge.

The vantage point for this picture is on the opposite shore underneath an arch of the old masonry Westminster Bridge. Spectators are clustered along the shore. In the river is a barge carrying a wooden derrick that can also be seen in Turner's painting in Philadelphia, as well as a couple of boats.

This rather naive work bore the label "Turner," presumably because of its subject, when it was acquired by Henry Walters. More recently, it has been suggested that the picture was executed by a follower of Henry Pether (1828-1865) who was noted for his moonlit views of the Thames.