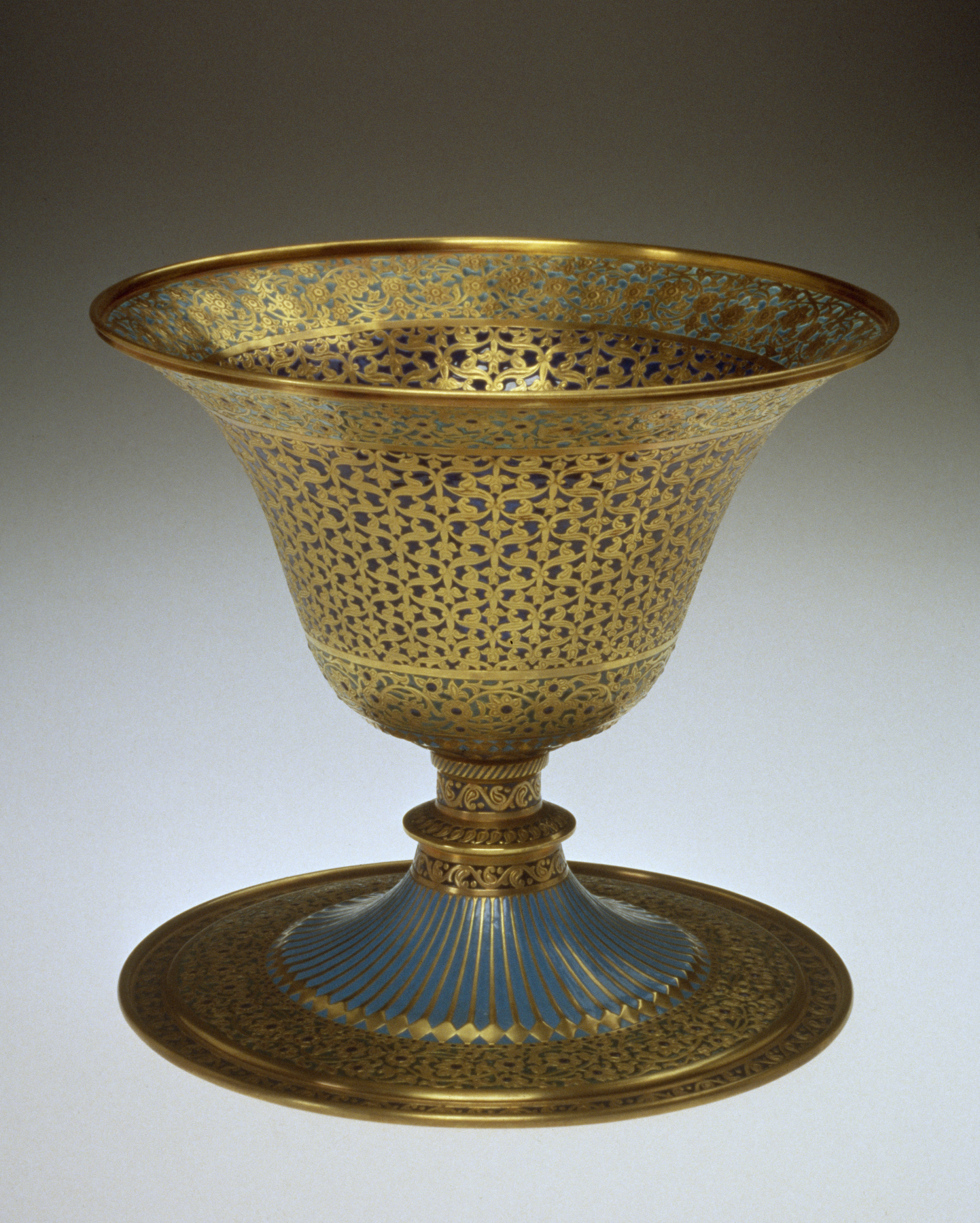 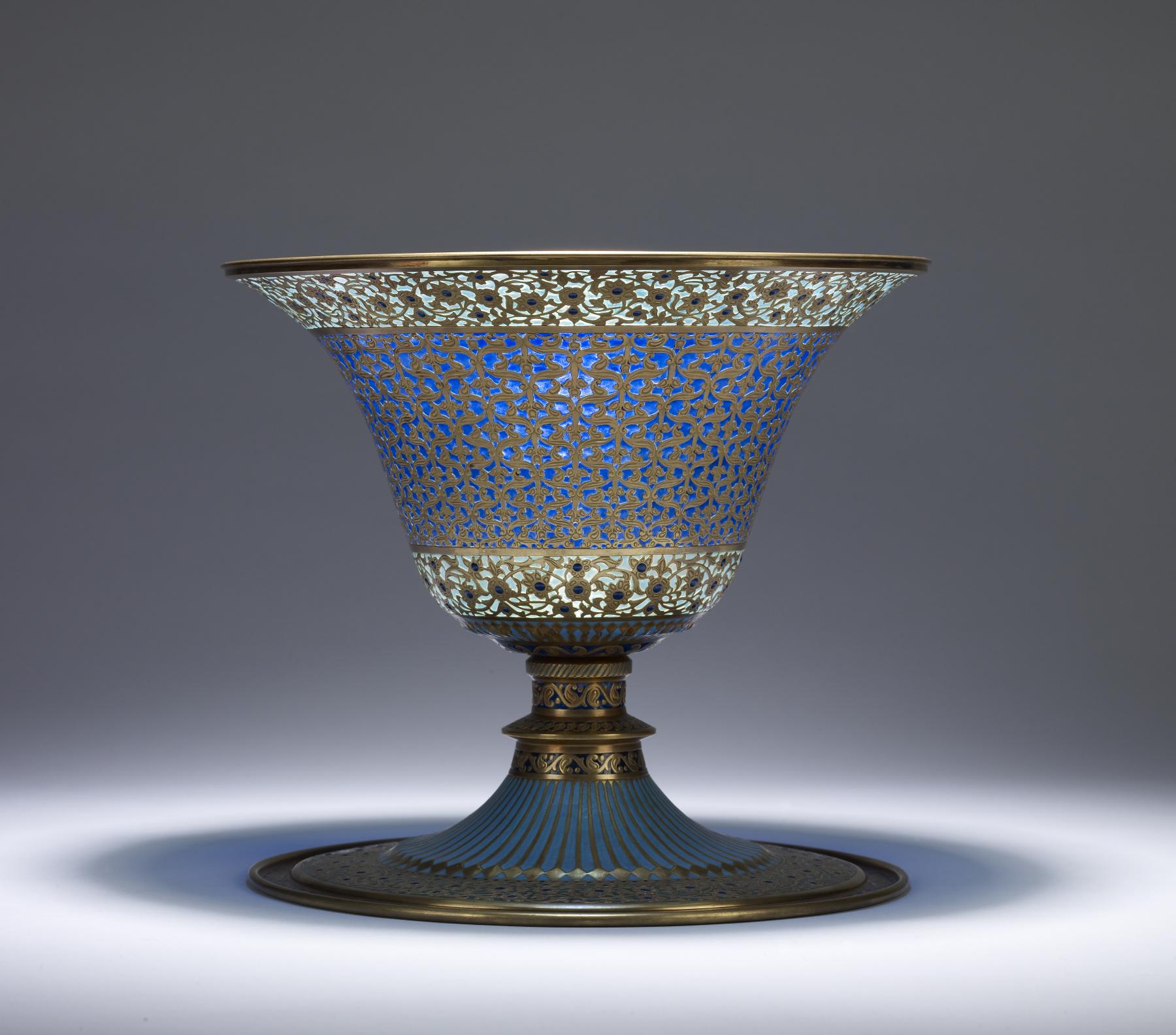 This piece was designed by Louis Comfort Tiffany and executed by Tiffany & Co., the firm established in New York in 1837 by Louis Comfort Tiffany's father, Charles. On Charles's death in 1902, LCT, as he was known, became artist director of the firm. When this piece was shown at the Panama-Pacific International Exposition held in San Francisco in 1915, it was described simply as a "Gold Cup," but the patterns used may have been inspired by Indian metal work, while the technique of transparent enamel was revived in late 19th-century France, and looked back to the art of the Medieval period. "The Jewelers' Circular" described this piece as follows: "cup of 18 karat gold covered with richly chased design of Indian ornament. This cup is elaborately pierced and filled with transparent enamels of rich blue and turquoise, the same tones being repeated on the foot." According to a Tiffany & Co. pattern book, this cup (18194) was completed on 13 July 1913 and the cost of labor and fabrication was $2,500. The pattern book also states that the cup was "enameled at the store," which would indicate that the body of the cup was made in the silver division of the firm in New Jersey and then enameled in New York, under the direction of Julia Munson Sherman, one of a group of so called "Tiffany Girls," who worked at the firm but who was not credited. Sherman left the firm the year after this cup was made when she married, as Tiffany, like many other employers at the time, would not employ women who were enaged to be married or married.