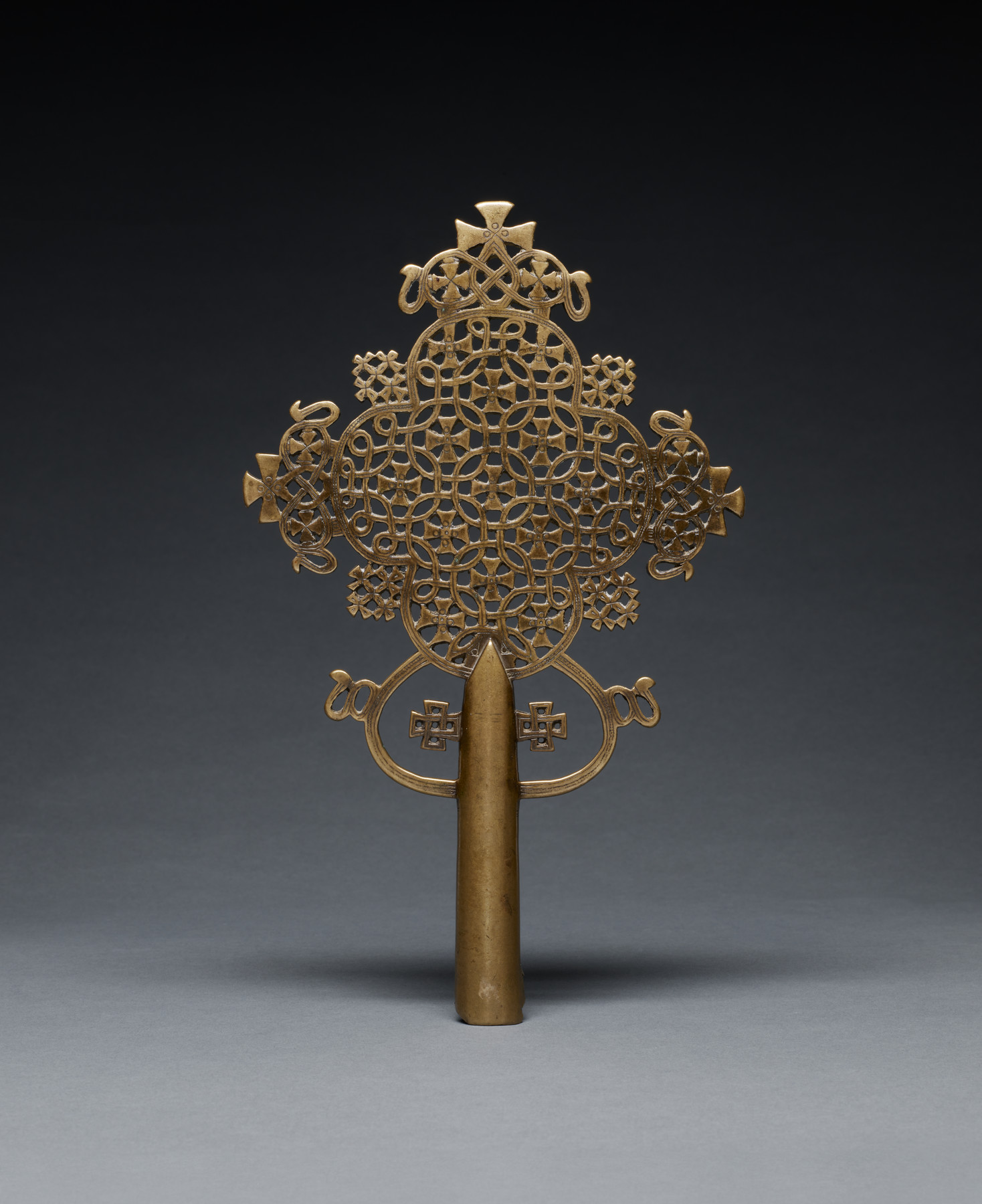 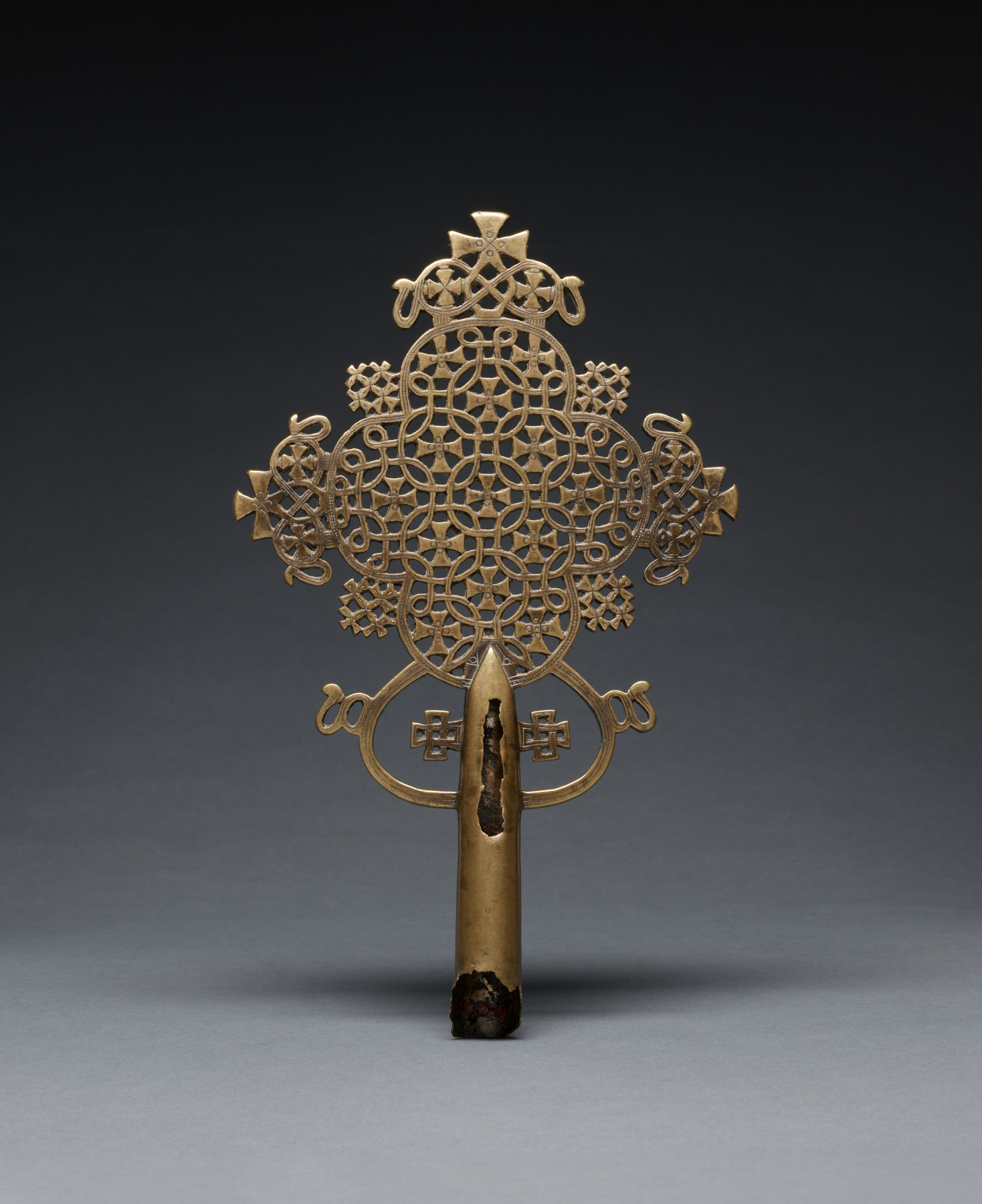 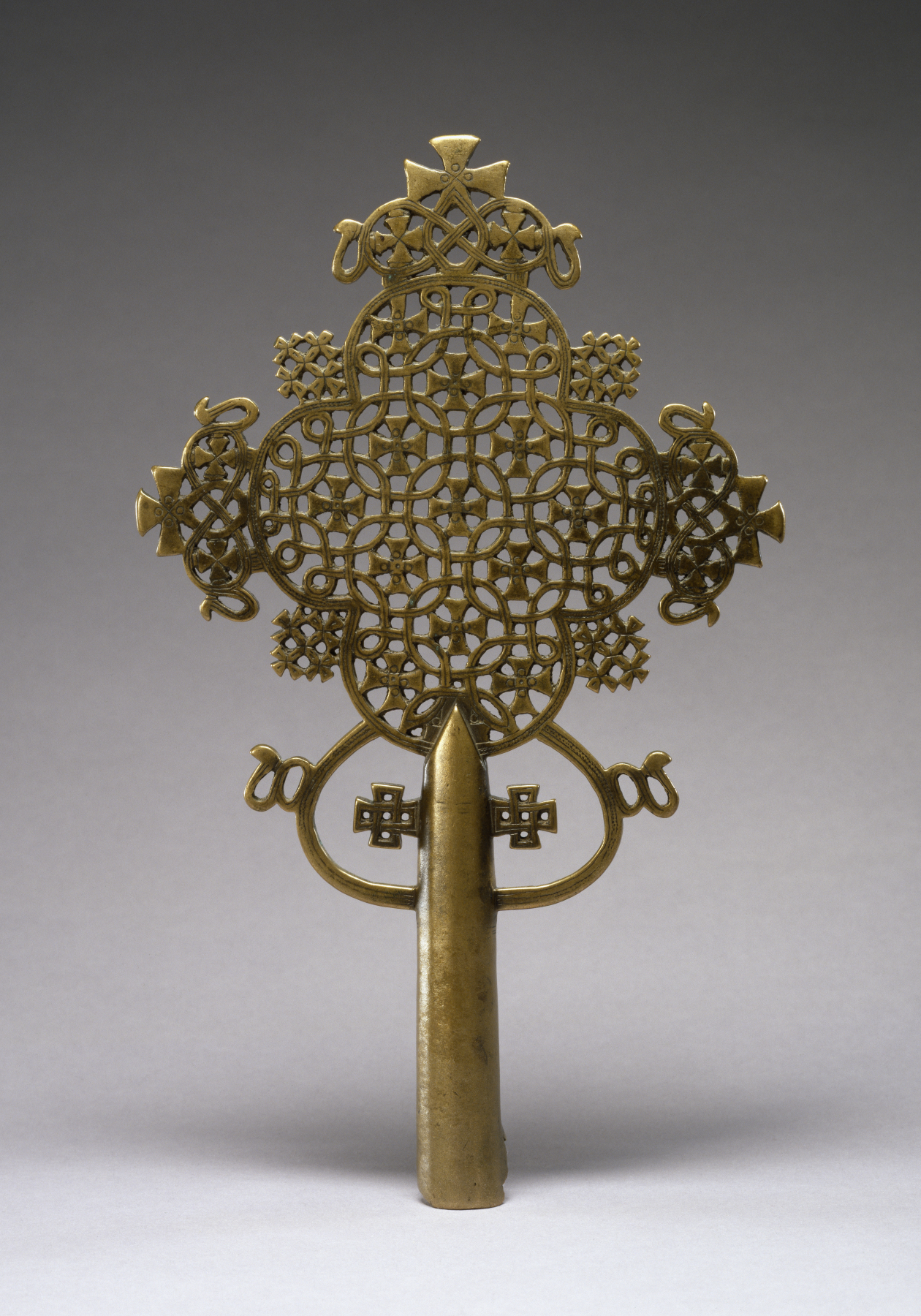 The exceptional quality of this cross demonstrates the high level of technical skill attained by the monastic artisans of the 15th century. Its multiple openings create a complicated pattern composed of nine interlocking circles enclosed within a quatrelobe frame. Intricate ribbon work fills the boundary between this frame and the circular shapes of the interior. Fine linear decoration completes the design and accentuates the delicate appearance of the composition. At the outside edges of the terminal points of the cross, intertwining lines end in serpentine curves. The snake-like forms assume a more distinct shape on either side of the looping brackets that secure the cross to its base. Such details possibly incorporate references to the brazen serpent of Moses as described in the Book of Numbers (21:4-9). In the wake of a devastating plague of poisonous snakes, God instructed the Israelites to erect a brass serpent upon a pole. Because gazing upon this object was believed to cure those bitten, Christians interpreted the brazen serpent as a prefiguration of the redemptive cross of Christ. The three large crosses at the terminal positions appear to emerge, plant-like, from the diamond-shaped supports that connect them to the frame. The organic shape of these details alludes to the sprouting leaves of the Tree of Paradise, an object with which the cross was often associated. The perforated crosses that flank the shaft would have secured the fabric with which the cross was "dressed" for processions. The intricate patterns and brilliant execution make this object one of the most important crosses to exist outside of Ethiopia.