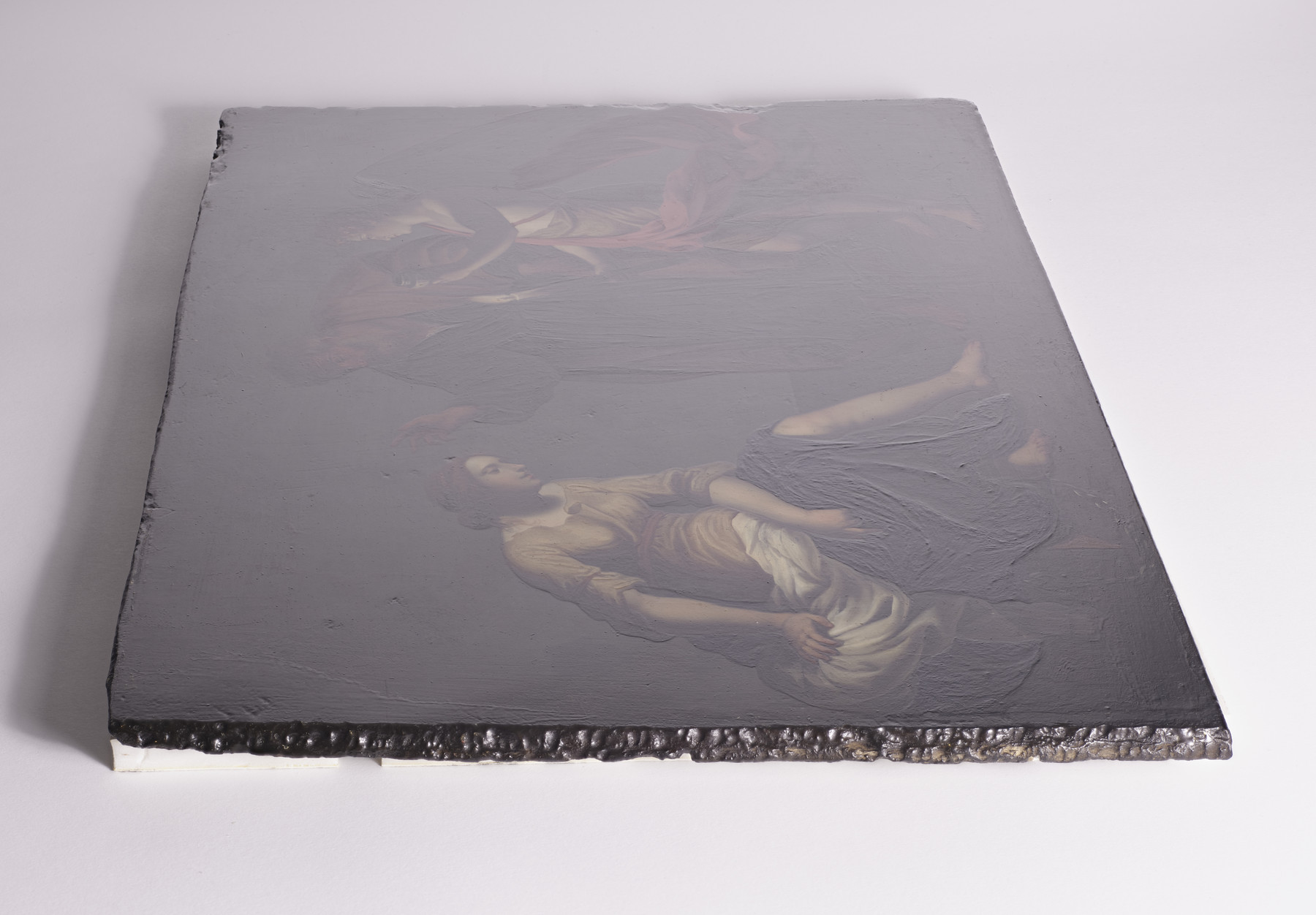 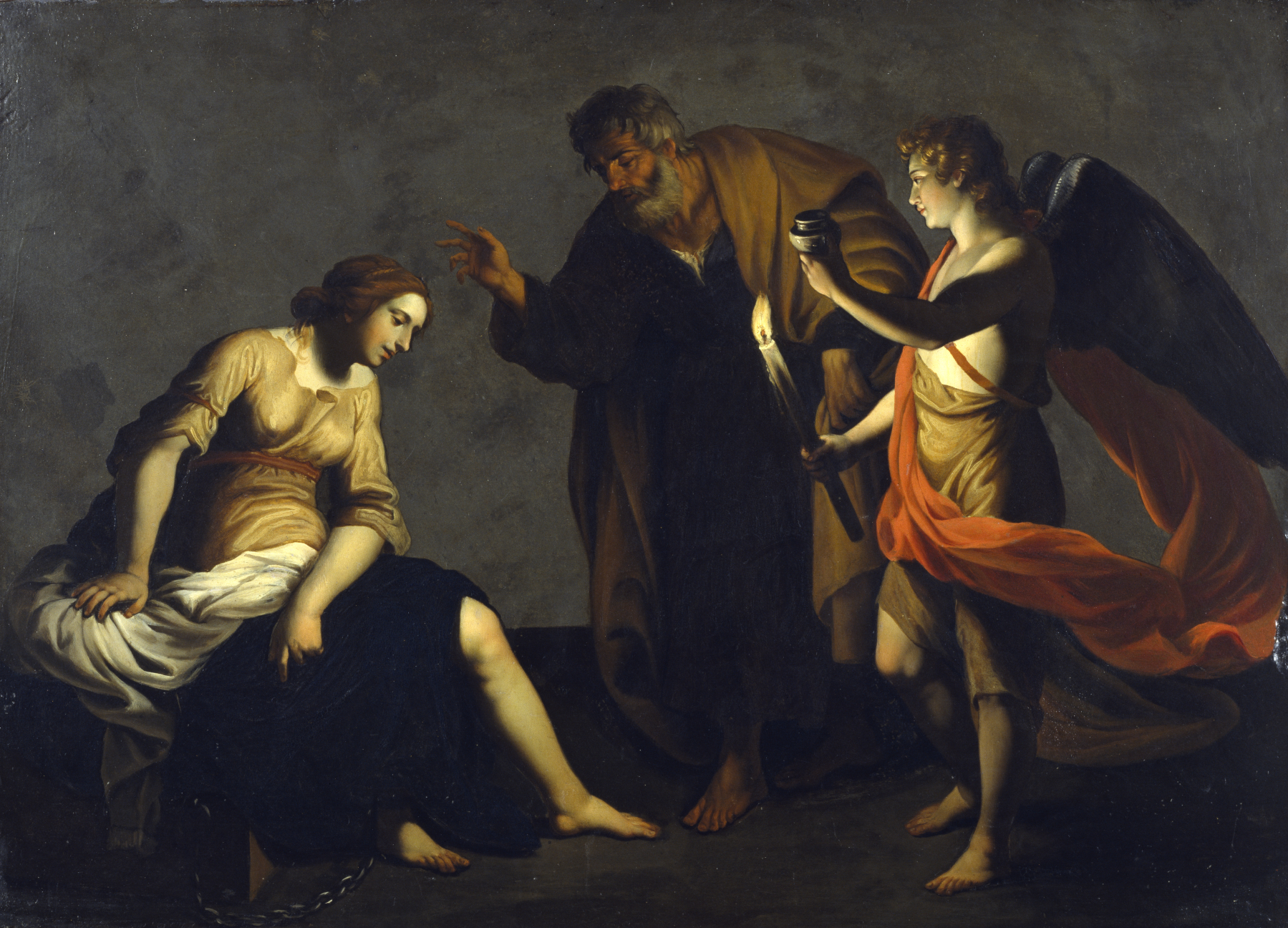 Saint Agatha Attended by Saint Peter and an Angel in Prison

According to an early Christian legend, when a 3rd-century Roman official of Sicily desired the Christian woman Agatha, and she refused to yield to his advances, he had her tortured, and even ordered her breasts cut off. At night in prison, she was visited by a vision of Saint Peter and an angel, and her breasts were miraculously restored.

The gray stone of the prison wall was created by letting the slate show through, and it forms a background for the night scene, illuminated by a torch. As opposed to canvas and wood, slate gave a painting almost unlimited durability and the same kind of permanence as sculpture.