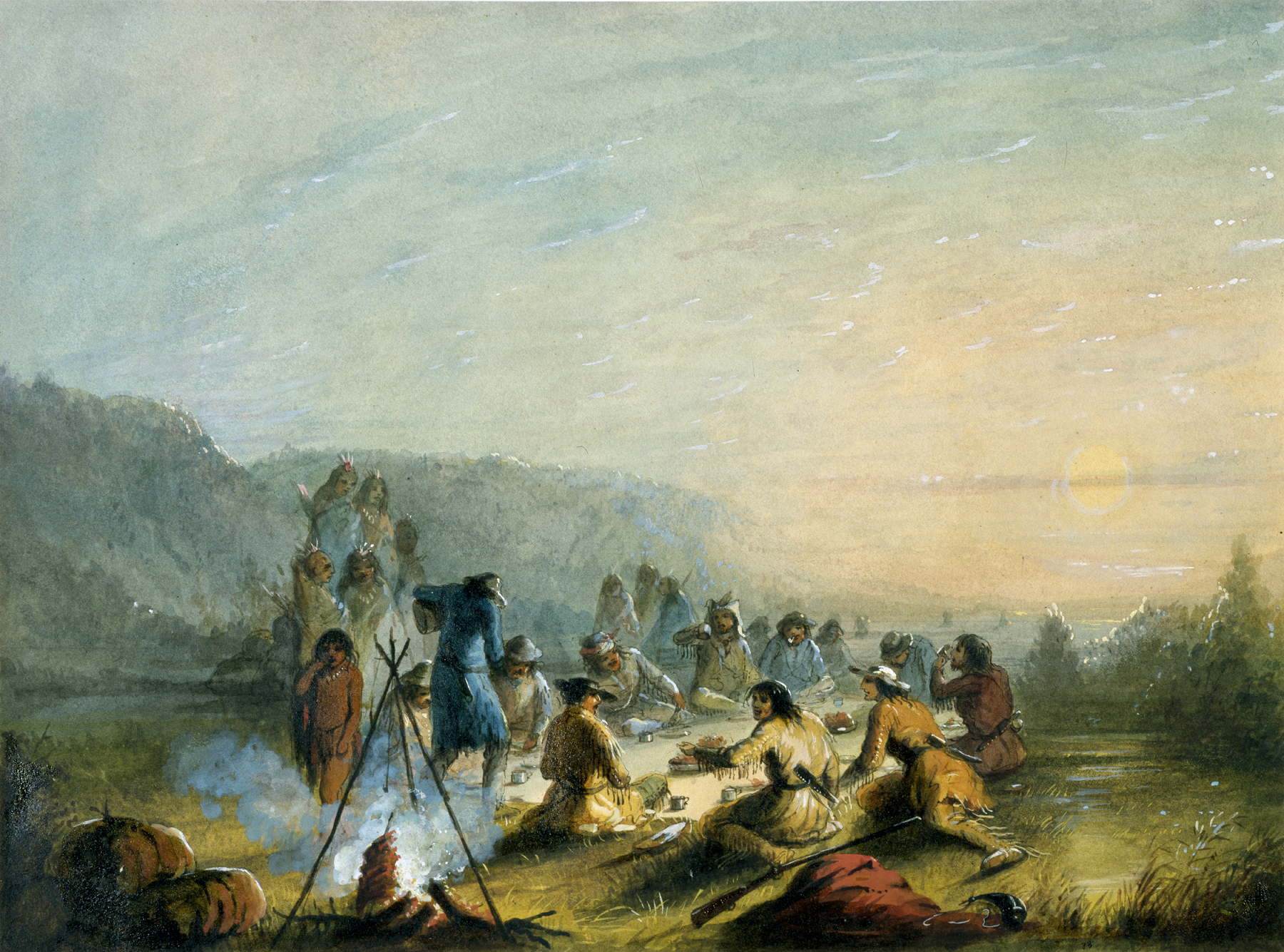 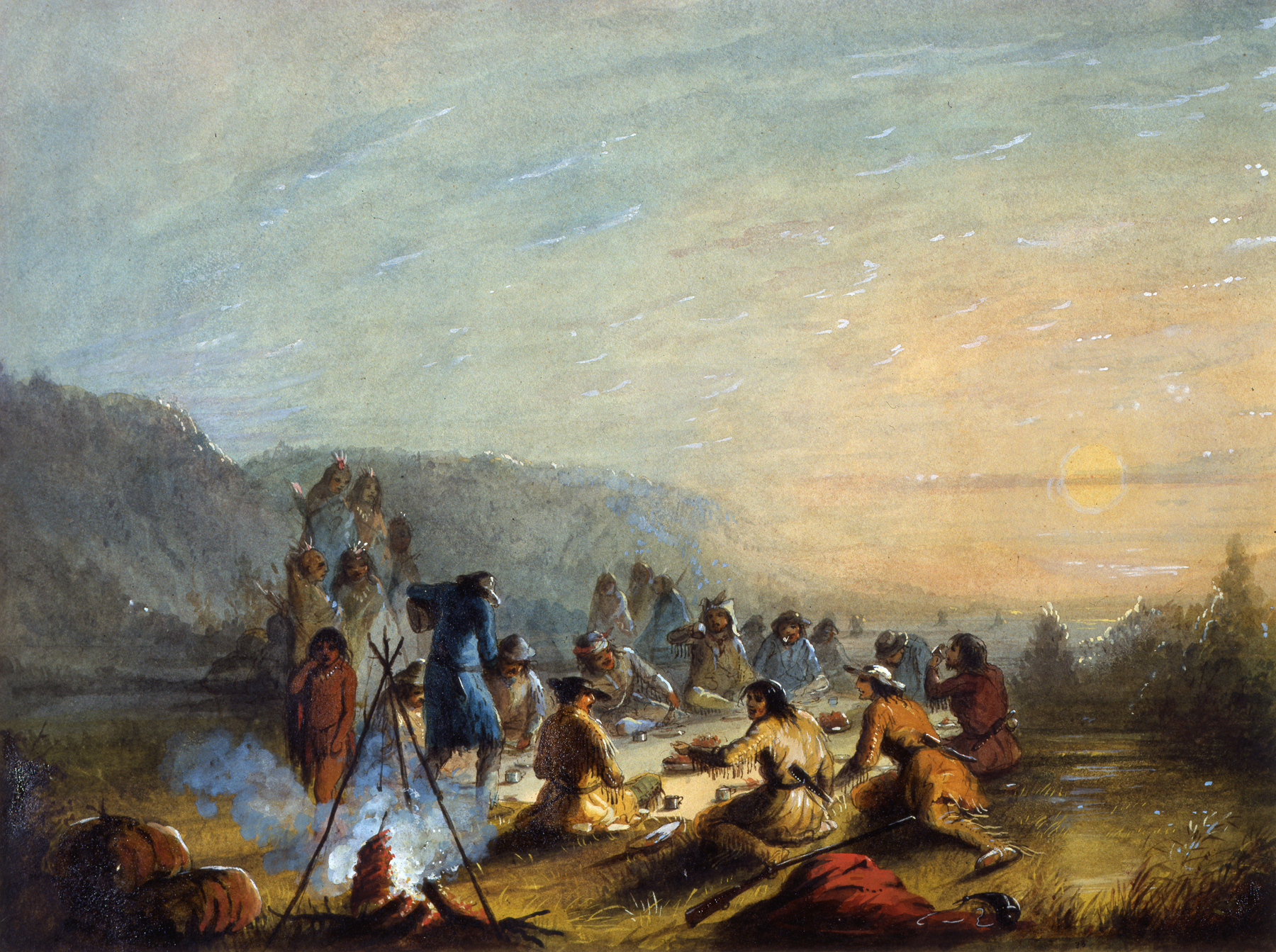 "The sketch represents 'our mess' at the morning meal;- Jean whi is pouring out coffee, seems to our hungry eyes more graceful than Hebe disposing Nectar, although he is more shapeless than a log of wood. The plate service of the table is of capital tin ware, partout, and the etiquette rigid in some particulars;- for instance, nothing in the shape of a fork must be used. With a 'Bowie' you separate a large rib from the mass before you, hold firmly to the smaller end, and your outrageous appetite teaches all the rest. The usual mode of sitting is cross-legged like a Turk. Indians are looking on patiently, in order to be ready for the 2nd table." A.J. Miller, extracted from "The West of Alfred Jacob Miller" (1837).